Antoine Griezmann’s swap deal with Saul Niguez is back ON ‘with talks progressing between Barcelona and Atletico Madrid’ as cash-strapped giants look to get striker’s £294,000-a-week salary off their wage bill

Antoine Griezmann’s possible return to Atletico Madrid appears to be gathering momentum, according to reports in Spain.

The Barcelona striker has been linked with a move back to the club he scored 133 goals for as the Catalan giants continue to deal with the financial impact of the coronavirus pandemic.

The latest development is that Griezmann could be swapped for Atletico midfielder Saul Niguez, reports Mundo Deportivo.

Reports elsewhere in Spain claimed such an exchange was unlikely earlier this week but the option seems to be back on the table.

Barcelona desperately need to improve their financial situation after accruing more than £1billion in debt amid the Covid pandemic.

They are unable to register any of their new signings, including Sergio Aguero, Memphis Depay and Eric Garcia, because they have exceeded LaLiga’s strict salary limit by 40 per cent. 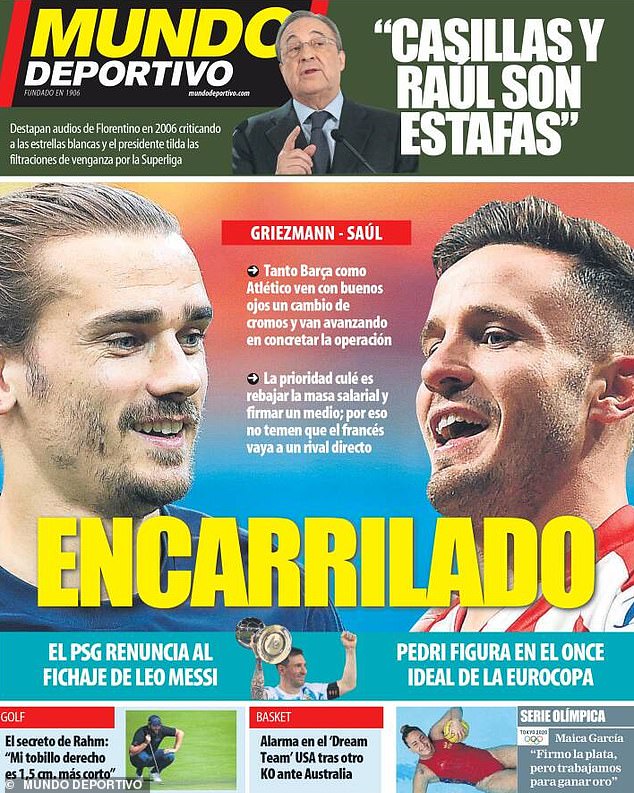 The cash-strapped club could enhance their finances by offloading players on big salaries and Griezmann is the club’s highest earner on £294,000 a week.

Barcelona are still yet to tie down star man Lionel Messi to a new contract following the expiration of his deal at the end of June.

Griezmann made 257 Atletico appearances in five years before moving to the Nou Camp for £108million in the summer of 2019.

Mundo Deportivo report that Griezmann could have moved down the pecking order under Ronald Koeman, given the additions of Aguero and Depay this summer, while Saul, also linked to Liverpool, is in favour of a switch to Barcelona.

Saul himself dropped down the pecking order under Diego Simeone last season, and Atletico have already recruited on the midfield front this summer with the arrival of the exciting Rodrigo de Paul. 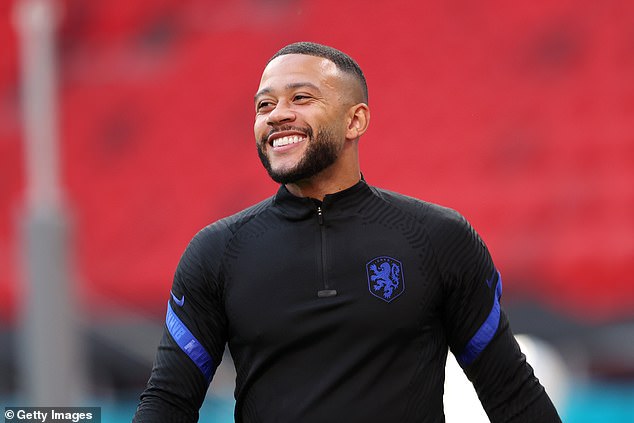 Griezmann could have moved down the pecking order at Barcelona, given the additions of Sergio Aguero and Memphis Depay (pictured) this summer