By John Mcgarry For The Scottish Football Frenzied Republishing

Scotland’s dreams of emerging from a group stage of a tournament for the first time in history were ended by classy Croatia at Hampden.

On a night when nothing less than a victory would do for Steve Clarke’s men, the World Cup finalists turned on the style to condemn the Scots to bottom place in Group D of Euro 2020 with a 3-1 win.

Despite the result, the side were given an ovation from the Tartan Army as the full-time whistle signalled the end of their involvement in the competition.

Vowing that this was a new beginning for the national team at this level, midfielder John McGinn said: ‘We’re just devastated that we aren’t through. Obviously we’re extremely proud of the effort throughout the whole campaign.

‘We didn’t get off to the best of starts but tonight we came up against a excellent team and their experience of tournaments showed in the end.

‘Tonight they were experienced and they’ve got one of the best players in the world in Luka Modric. 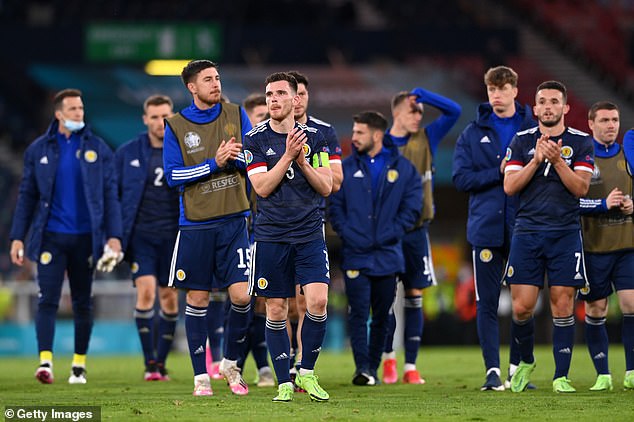 ‘We did lose goals at poor times.

‘The main thing we’ve got to do is use this experience to drive us on to go to more tournaments.

‘The World Cup is our aim now. When you look around the dressing room, we’ve got a good age group, determined guys.

‘We feel as if we didn’t do ourselves justice but what we did do is create history by coming here and we want this to be the start, not the end. 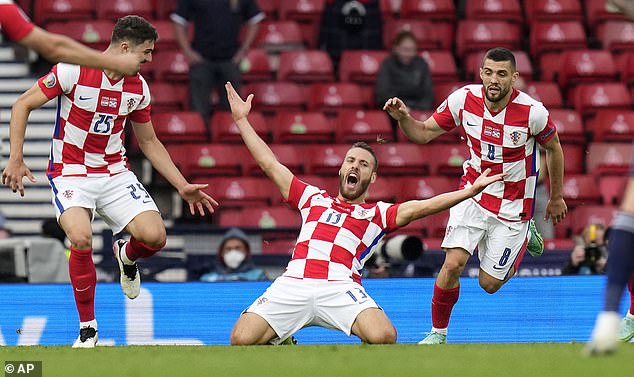 ‘The manager touched on that – we need to learn from this experience. We’re not used to it and we can’t get away from that.

‘We can improve – of course we can.

‘You can see tonight there are areas where we can certainly improve but we’ve got the talent and there’s more talent coming through.

‘It’s just about us being together. We feel the passion from the whole nation.’ 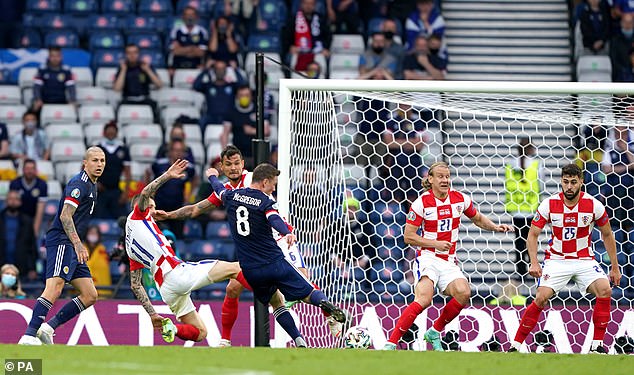 McGinn’s sentiments were echoed by McGregor who became the first Scot to score at this level since Craig Burley against Norway in 1998.

‘The lads are shattered,’ said the Celtic midfielder.

‘We put so much energy into it. The fans were amazing again and I just want to thank them for their input as well. I think we lost to too much quality in the end. You saw the second goal, Modric with the outside of his foot puts it into the top corner. That’s what you are up against at this level. It’s a tough lesson.

‘Yes of course, it’s always nice to score your first goal for your country. It was a proud moment but ultimately we are disappointed that we never quite got the result we wanted. 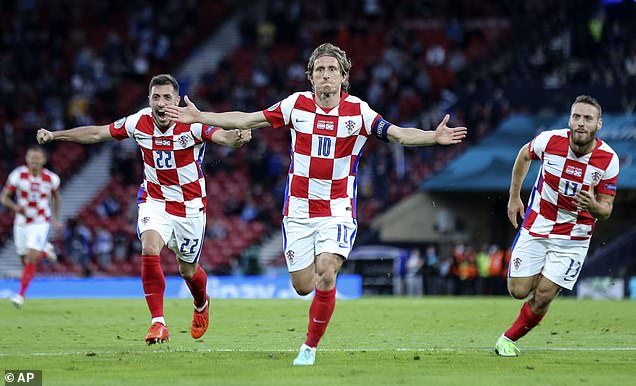 ‘Does the experience make us determined to get back to this level? Absolutely. It’s been an amazing experience. Every single one of us has learned so much. It was such a tough learning experience again tonight against some really top players but it gives you the hunger to get back here. We’ve got the World Cup next year and we want to make sure we are on that stage again as well. It just makes us so hungry.

Forced to do without Billy Gilmour after the star of the goalless draw with England had tested positive for Covid, Clarke had promoted Stuart Armstrong from the bench.

Euro 2020: Scotland boss Steve Clarke admits ‘it will take a few days’ to get over exit