Euro 2020: Scotland boss Steve Clarke admits ‘it will take a few days’ to get over exit

Steve Clarke insisted Scotland won’t have to wait 23 years for a return to another major tournament after a Luka Modric-inspired Croatia sent them crashing out of Euro 2020.

Hopes of progress to the last-16 of ended in bitter disappointment after the Real Madrid icon ran the midfield in a 3-1 win at Hampden.

Clarke remained defiant by saying the Scots will be back, but his team’s attempt to make history by reaching the knockout stages of a major finals for the first time were thwarted by their classier opponents.

They were outplayed for long spells after falling behind to a cheap goal for Nikola Vlasic.

Dominant in possession, however, the class of veteran Real Madrid star Modric told in the end.

The 35-year-old scored a superb goal after 62 minutes then laid on the corner from which Ivan Perisic rose to head home Croatia’s third and end Scotland’s first appearance at a tournament finals since France 98.

‘At the moment it’s just disappointment we are out,’ said Clarke, ‘we wanted to stay in as long as we could.

‘Disappointed we haven’t managed to get out of the group stage. You have to give me tonight to get over that, and then a few days. 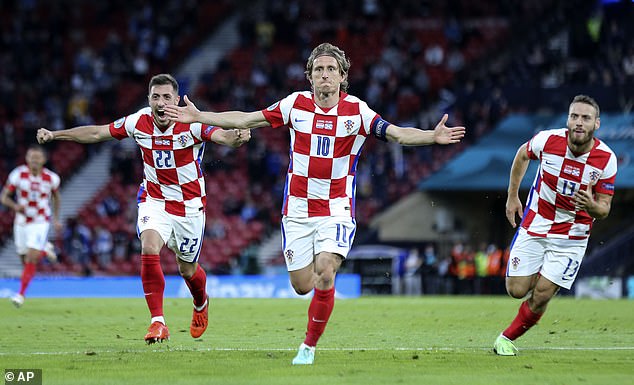 ‘We will all sit down and take stock and look at our performances. I will look at my performance and the performance of the players and we will look at what we can do better in the future. And we’ll make sure it’s not 23 years before we go to the next tournament.’

Much of the damage was done by an opening group defeat by the Czech Republic. A 0-0 draw with England at Wembley last Friday was the only highlight of a Group D campaign which saw the Scots ship five goals, score only one and finish with one point from three games.

Missing the ball retention and composure of Billy Gilmour after the Chelsea midfielder tested positive for coronavirus, the Scots resorted to the long balls of the opening defeat to the Czechs and never gained a foothold in midfield.

‘We tried manfully to get a grip of things,’ claimed Clarke.

‘We had a little spell just before we got the goal and just after it where we looked as though we might get something out of the game.

‘I think it’s obviously a compliment to Croatia as well that they put us under a lot of pressure. We couldn’t quite get our passing going as well as we did the last time. We tried to play through them at times and couldn’t quite do it. The times we did do it, we looked a threat. 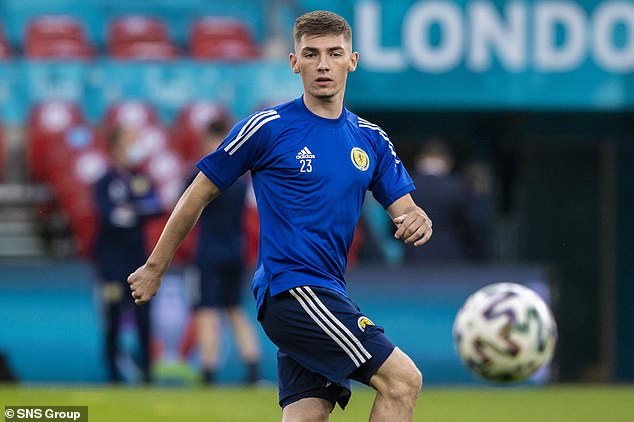 ‘But overall Croatia were the better team on the night. And sometimes you just have to accept that.

‘We tried as hard as we could. We tried to find a way back in even at 2-1 down. But we conceded a third goal from a set play which was disappointing.

The inability of their strikers to convert chances cost the Scots any chance of progress, most of all in a costly defeat to the Czechs.

‘When you look across the tournament we certainly had enough shots, we created enough chances,’ said Clarke. It’s something we have to work on. But the players will get better and better at it. Lyndon Dykes is a relatively new international player. Che Adams is the same. We can improve on it. 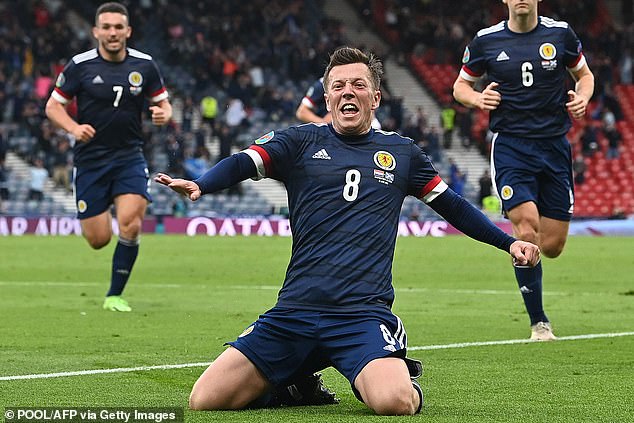 ‘I’m hoping the players take what they saw from Croatia tonight who had that third-game experience at a tournament.

‘They were more ready for it than we were. We just couldn’t hit the levels we hit on Friday against England. So there is lots to learn from everybody. The head coach included.

‘Hopefully we can take the lessons and we don’t have to wait as long for the next tournament. 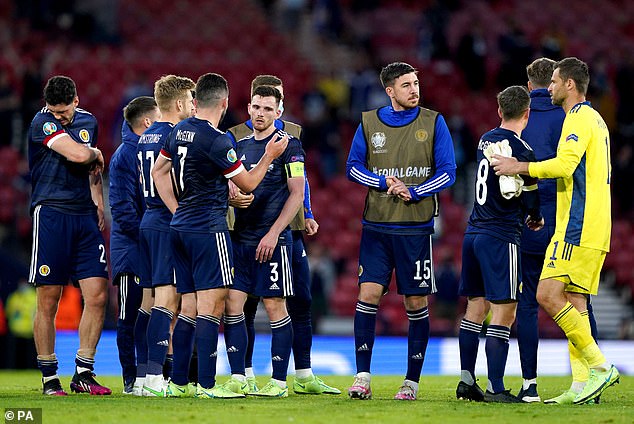 ‘Obviously starting on the back foot by losing the first game is something you’d need at address in the next one.

‘That set us up for a difficult one. We left everything on the pitch at Wembley against England on Friday and couldn’t quite get it tonight. We had a little spell just before half time when we got the goal.

‘But Croatia are a top team and they showed that tonight. Through the three games the players have acquitted themselves well. They’ve tried their best and showed some good qualities.

‘As a coach, I don’t like to concede so many goals and that’s something we’ll have to work on. But we can improve. We’ve got young players in the squad – it’s a relatively young group of players and we wan to improve together. Hopefully we can do that.

‘We want to go again. The supporters were tremendous tonight. We were losing 3-1 in the last 10 minutes and all you could hear were the Tartan Army backing the team. That’s really important. We want to try and keep them happy, we want them to get to big tournaments because that’s what they love.’