‘I feel like the happiest man in the world’: Karim Benzema opens up on long-awaited France return for Euro 2020, ‘great coach’ Carlo Ancelotti’s return to Real Madrid… and why he’d welcome ‘immense’ Kylian Mbappe to the Bernabeu with open arms

Karim Benzema has opened up on his joy at returning to France duty, Carlo Ancelotti’s return to Real Madrid and the ‘immense quality’ of international team-mate Kylian Mbappe in a wide-ranging interview.

The Los Blancos striker revealed his emotional reaction after France boss Didier Deschamps ended his six-year spell in the international wilderness by calling him up to the upcoming European Championship squad.

Benzema told Marca he felt like the ‘happiest man in the world,’ admitting his contentment at his club despite losing out on the LaLiga title to Atletico Madrid and citing his pleasure at being back involved with his country. 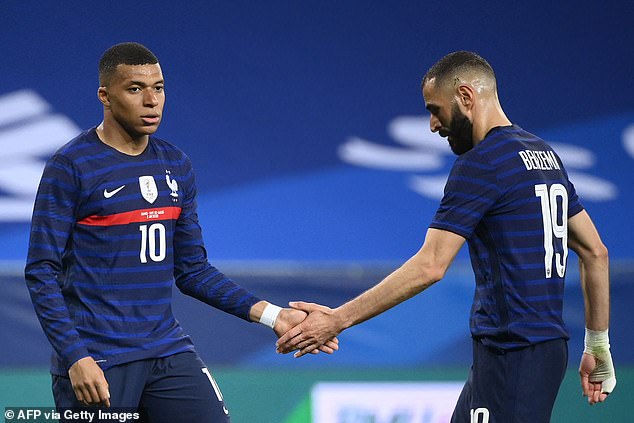 He said: ‘I feel like the happiest man in the world. For me, what makes me happiest is my family and football. I am happy in Madrid, and I have returned with France to play the European Championship; I can only be proud, happy and looking forward to starting the tournament.

‘It is a very, very strong team throughout, from the goalkeeper to the midfield and the attack, with players in the best clubs in the world. Speaking about the favourite is more something spoken outside of here – we know the strength that we have in this team, although you have to show it.’

Benzema, speaking from Clairefontaine, went on to discuss Zinedine Zidane’s exit, Ancelotti leaving Everton to replace him at the Bernabeu, and waxed lyrical about Mbappe. 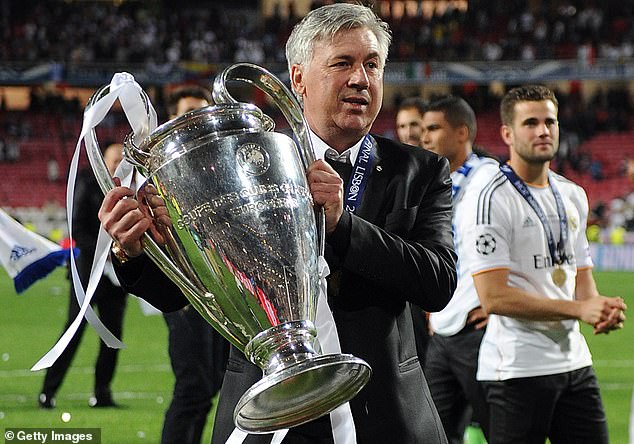 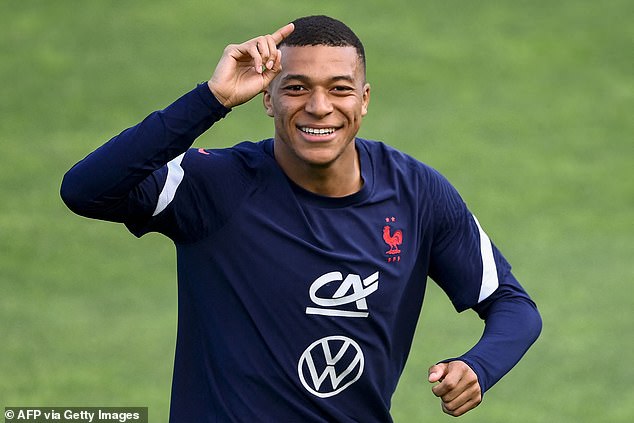 ‘It is good news (Ancelotti is joining), we know him well, players and fans. He is a great coach. I like his philosophy, how he sees football, how he manages the group and how he leads the team. And he wants to win all the titles.

‘Of course, it was a surprise for everyone, not only for me (that Zidane left). Certainly, he has always been like a big brother to me. Because I have known him for a long time and he has helped me both on and off the pitch. It was a difficult decision for everyone. We have another coach and we are going to try to be successful again.

‘Kylian is a young player with immense quality and he is a good boy. He would be welcome at Real Madrid of course, but what team wouldn’t want to sign him in an instant? Now he has a contract with Paris Saint-Germain and we will see what he decides. Our priority is to win the European Championship.’

Deschamps’ side kick off their first game in the competition against Bulgaria on Tuesday June 15 against Germany at the Allianz Arena.

Luxembourg 0-1 Scotland: Che Adams gets on the scoresheet to down 10-man minnows