Liverpool are reportedly considering a summer move for Youri Tielemans as they look to find a replacement for Gini Wijnaldum at Anfield.

Wijnaldum’s contract at Liverpool runs out at the end of June and the midfielder has confirmed he will leave the club he has spent five years at, with a free transfer to Barcelona the most likely destination.

Tielemans has two years left on his contract at Leicester and having scored the winning goal to give his side their first ever FA Cup trophy, his stock has never been higher. 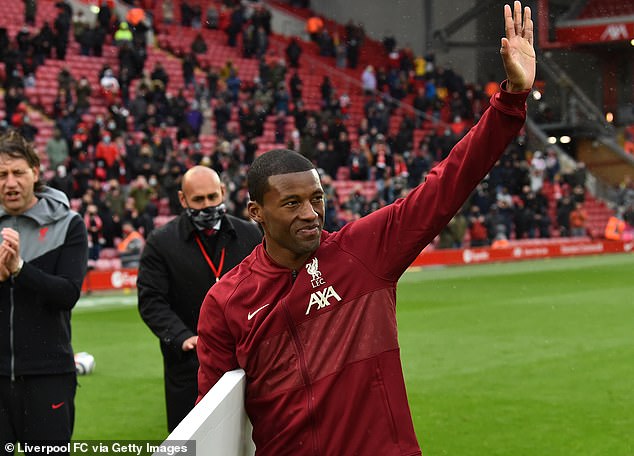 According to Belgian publication Het Nieuwsblad, the 24-year-old is on Liverpool’s list should they try and sign a midfielder replacement for Wijnaldum this summer.

It’s believed Manchester United, as well as the biggest clubs in Spain, would also be interested should Tielemans become available, with the player’s emotional lap around the pitch after Leicester’s final match of the season potentially a sign he could be on his way out.

The Foxes lost 4-2 to Tottenham on the last day of the season, meaning a poor finish to the league campaign cost them Champions League football for the second year running.

No Leicester player featured in the Premier League more often than Tielemans this season, with the Belgian missing just 62 minutes of league football across the campaign. 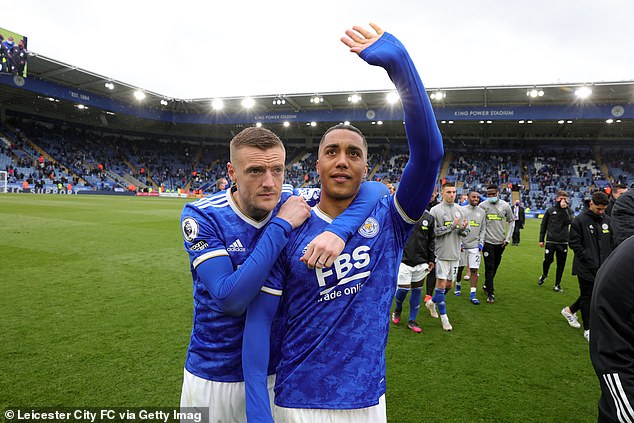 He was awarded the player of the season award by both the Leicester fans and his team-mates, and spoke of his pride in being recognised for his impressive performances.

‘To win awards and individual awards are a reflection of your season,’ Tielemans told Leicester’s official website.

‘It means that I’ve done well this season, and I’m really happy with it, so yes – I’m really grateful for the people voting for me. 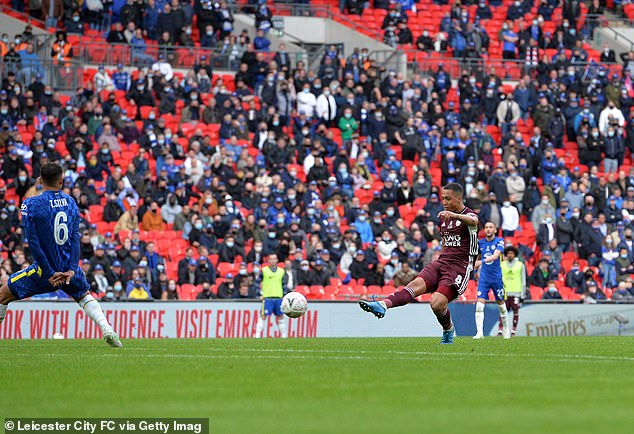 ‘I hope I’ve helped them enjoy it even though the season was very strange and we didn’t have the fans with us inside the stadiums. I hope I’ve played well, and winning these awards mean a lot to me.

‘When I came here, I knew that we had a really good team and a good group of players. I think this season, winning the FA Cup means a lot to us. It means that we’ve done well.

‘We’ve worked really hard since we’ve been together and hopefully, we can carry on in that manner.’

Inter Milan: Antonio Conte QUITS as boss just weeks after guiding them to the Serie A title