Andrea Pirlo is ‘OUT’: Italian papers claim Juventus boss will be SACKED after defeat by AC Milan

‘Pirlo is OUT’: Italian papers claim ‘indefensible’ Juventus boss will be SACKED after 3-0 defeat by AC Milan leaves the Serie A giants on the brink of missing the Champions League

Juventus’ season reached the brink of catastrophe on Sunday night after a 3-0 defeat to AC Milan left them facing the very real prospect of missing out on the Champions League next season.

And Monday’s Italian newspapers do not make pleasant reading for anyone involved with Juve, especially if you’re manager Andrea Pirlo.

Pirlo has overseen a feeble defence of their ninth straight Serie A title this season, his first in senior management, and now with the possibility of no Champions League Italy’s papers have said he is facing the axe. 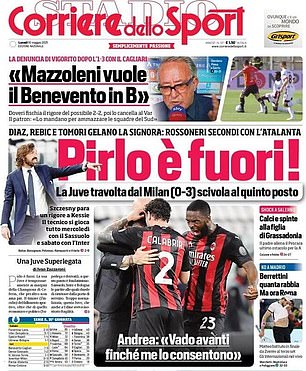 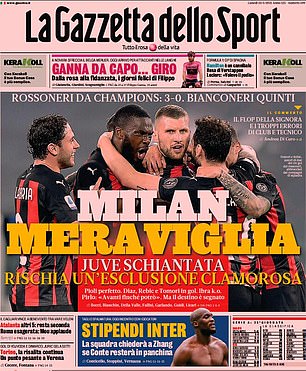 Corriere dello Sport lead the charge, with their headline claiming ‘Pirlo is OUT’ alongside a jubilant Milan celebration picture.

The publication adds that Juventus now face a gamble in their three remaining fixtures, the next of which comes on Wednesday night away to Sassuolo, followed by a clash with Inter Milan, the champions who have dethroned Pirlo’s side.

Tuttosport doesn’t make any more pleasant viewing for Pirlo and his team.

‘Goodbye Pirlo’ reads their front page, and they brand his team’s display as ‘unwatchable’ against Milan. They go on and label Pirlo’s position as Juventus manager as ‘indefensible’. 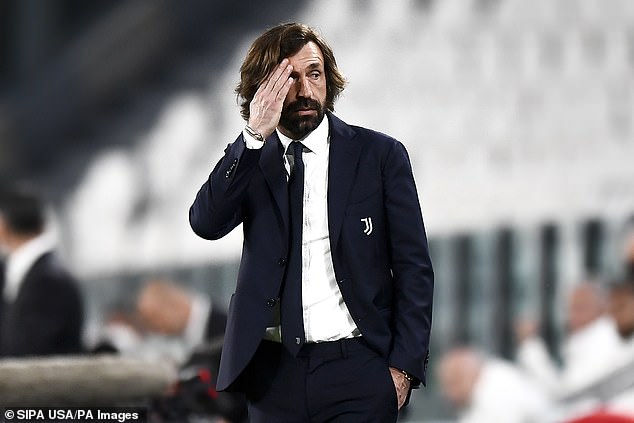 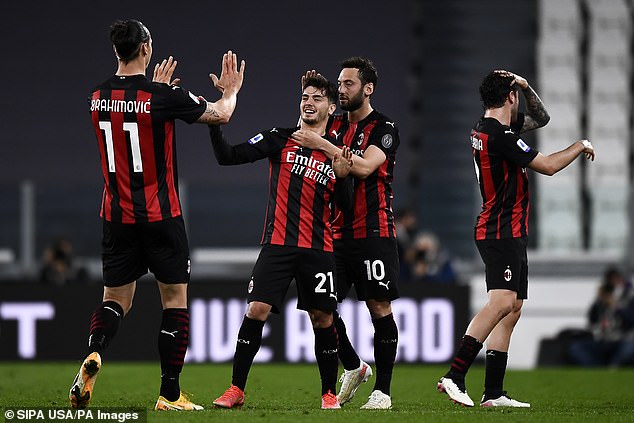 La Gazzetta dello Sport don’t miss a chance to pile in as well. They refer to Pirlo’s ominous post-match quote saying ‘I will carry on as long as I am allowed’ by claiming that his destiny is already sealed, whatever happens in Juve’s final three Serie A matches.

Pirlo has had a couple of close run-ins with his job already this season and the Italian have been baying for his blood before. Just last month, they were united in saying Pirlo was ‘gambling with his job’ after a draw against Torino.

After facing Sassuolo and Inter, Juve will round off the season on May 23 against Bologna.

The 3-0 defeat by Milan leaves them fifth and a point behind Napoli, who have a tally of 70.