Bayern Munich will not make any marquee signings this summer even after failing to go beyond the quarter-finals of the Champions League, president Herbert Hainer has said.

The Bavarian giants are on the verge of retaining the title yet again and will clinch a ninth consecutive Bundesliga crown if they beat Borussia Monchengladbach on Saturday.

It has not been the most memorable season for Bayern though, having failed to retain the Champions League after being knocked out by Paris Saint-Germain in the quarter-finals. 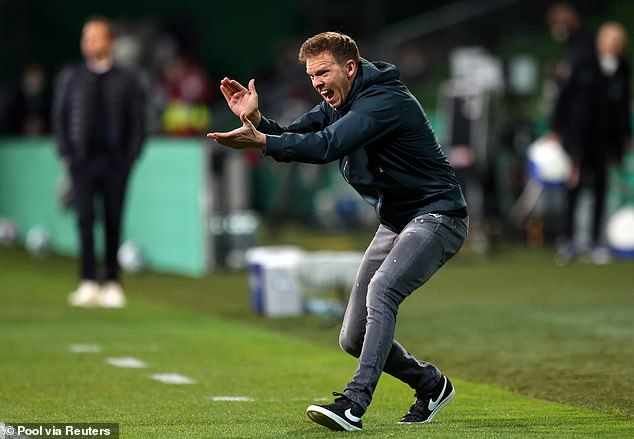 Julian Nagelsmann will take charge of Bayern for the next campaign, succeeding Hansi Flick

But president Hainer does not believe the best remedy is to make any statement signings as he sought to temper fan expectations in the summer transfer window.

‘We will add to the squad, but not make any expensive transfers,’ Hainer said on the Bayern Insider podcast.

He emphasised the quality of the squad incoming coach Julian Nagelsmann will take charge of next season, containing exciting youngsters such as Canadian Alphonso Davies plus current stars such as Joshua Kimmich, Leon Goretzka and Robert Lewandowski, the Bundesliga’s top scorer with 36 goals this season.

And he said the club was still reeling from the financial impact of the coronavirus pandemic after over a year without fans attending games and had to focus on being able to pay their hefty wage bill.

‘We have an incredibly strong, young team with enormous potential. So I’m not worried. [I see] no need for further expensive transfers,’ he added.

‘[We want to] have the best squad. The reality is that you’ve also got to finance that too. It’s no secret that Covid-19 hit hard.

‘That affects our budget in revenue shortfalls. The transfer market will not be an easy task.’ 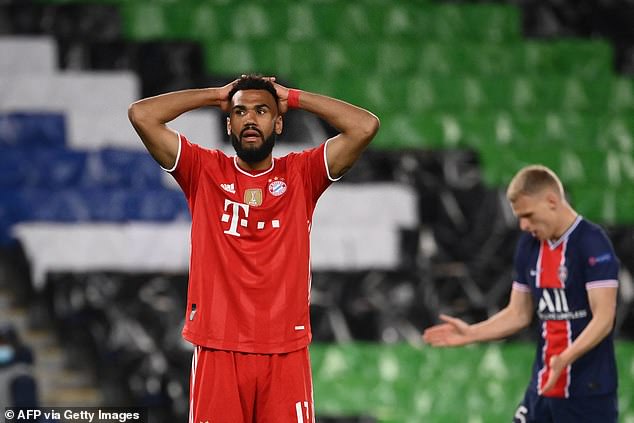 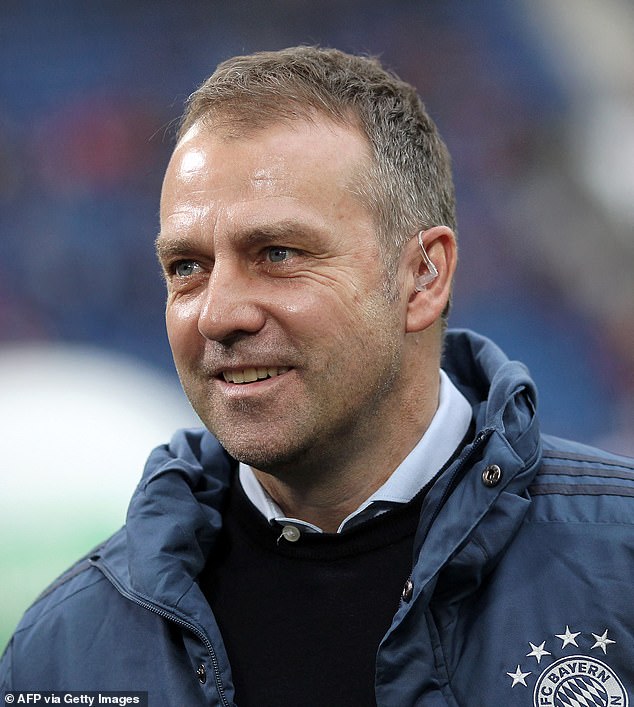 Bayern hired 33-year-old Nagelsmann last month due to his considerable success with RB Leipzig, who he took to the Champions League semi-finals last season and to this year’s German Cup final, where they will meet Borussia Dortmund.

Hansi Flick announced he was leaving the club a year after delivering the Champions League in the aftermath of their quarter-final elimination to PSG on away goals after a 3-3 draw on aggregate.

Flick still had two years left on his contract with Bayern when he terminated it. Reports suggest he could become the new Germany manager when Joachim Low leaves after the European Championship.