A picture of injustice: MPs and football fans demand cap of 30 mourners at funerals is lifted

MPs and football fans demanded ministers lift the cap of 30 mourners at funerals after 8,000 supporters were allowed to descend on Wembley for the Carabao Cup final yesterday.

As part of a pilot scheme, supporters were able to watch Manchester City play Tottenham Hotspur.

Under the pilot rules, fans had to take one rapid lateral flow Covid test before the game and one afterwards. They also had to remain socially distanced inside the stadium and wear masks.

However, during the showpiece game many supporters did not wear face coverings over their mouth and nose. Some celebrated wildly, cheering and putting their arms around each other while stewards did not appear to enforce rules.

8,000 supporters of Manchester City and Tottenham Hotspur were allowed into Wembley Stadium yesterday for the Carabou Cup Final

The fans seemed closely bunched together in certain areas rather than spaced around the stadium. Despite the leeway given to football fans, no more than 30 mourners will be allowed at funerals until June – unless ministers have a change of heart.

The Mail has called for an urgent review of the cap on mourners as well as for lateral flow tests to reduce the need for social distancing and for the lifting of all limits on open-air services.

It came after the Queen was pictured sadly sitting alone at Prince Philip’s funeral.

Tory MP Sir John Hayes, chairman of the All-Party Parliamentary Group for Funerals and Bereavement, said the opening up of funerals and other ‘sacred’ events should take priority over ‘recreational’ occasions such as sports matches. 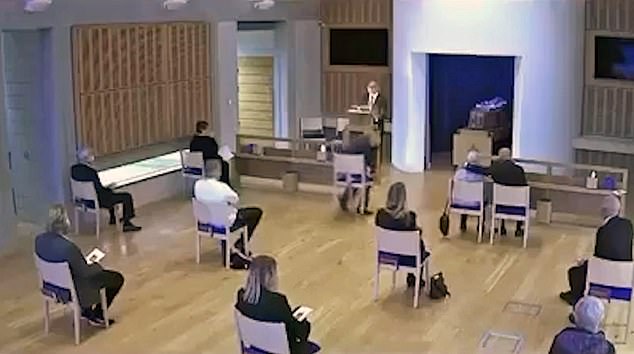 He stressed: ‘I know the Government are trialling larger-scale events and it is important that people can return to enjoy those types of occasions. But at the very least we should be looking at extending that approach to sacred events such as baptisms, weddings and funerals. These are life-altering moments which punctuate and inform every life.

Family watched service on their phones in a car park 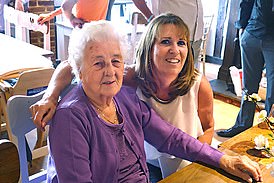 Relatives of Eileen Martins had to watch her funeral service on their phones from the crematorium car park.

Maureen Dedman lost her ‘caring, loving’ mother to dementia on February 17, but said the family has still not achieved closure.

Some relatives were forced to watch the funeral via livestream and Mrs Martins, 89, was not allowed to be dressed in her best outfit due to safety rules.

Mrs Dedman, 64, from Essex, said: ‘We are a very large family. Mum had five children, 15 grandchildren and 15 great-grandchildren.

‘This meant we could only have the grandchildren and no partners and none of Mum’s friends either.

‘The older great-grandchildren would have wanted to have gone but they couldn’t and nor could my son-in law.

‘They had to stand in the car park and watch it on a phone, but only a few were even allowed to do that.’

Mrs Dedman, a mother of two, could not sit with her own daughters during the service at Brentwood Crematorium.

She said: ‘We couldn’t comfort each other and after the service we just had to go home.

‘I have been finding it difficult to come to terms that Mum isn’t here any more as I feel we weren’t allowed to grieve as a family.

‘Sporting events and the like are important, but they are recreational. Births, marriages and deaths are sacred occasions in life which the Government should give the greatest attention to.’

Yesterday’s match inside the 90,000-capacity Wembley stadium in London saw the largest crowd for a sporting event in the UK since the first lockdown began in March last year.

Fans questioned the logic behind allowing so many people inside a stadium, but limiting funeral gatherings to 30.

Amy Taylor, 40, said: ‘It’s fantastic that fans are allowed inside stadiums now, but it’s unfair they haven’t relaxed any of the other rules.’

At present, 15 mourners are allowed at wakes.

On May 17, the number will increase to 30, but there is no change to the funeral cap which is not due to be abolished until June 21.

Covid rules state mourners cannot hug or touch anyone not in their household or bubble.

They must stay two metres apart wearing a face mask. That means if a mourner does not live with their widowed mother they cannot give her a hug.

There was an outcry in October when an official ordered grieving sons to stop comforting their mother at their father’s funeral.

Craig Bicknell and his brother Paul were told off after they moved their chairs to sit beside their mother Barbara Wright, 71, as she mourned husband Alan, 78, in Milton Keynes.

The Government is now piloting the use of Covid status certification – or ‘vaccine passports’ – to allow the opening-up of music events, theatre performances and sports matches.

The plan is to allow the safe return of mass gatherings and indoor events as lockdown restrictions ease in England.

A total of 21,000 spectators will be allowed at next month’s FA Cup final between Chelsea and Leicester. Mr Hayes’s group will meet tomorrow to discuss ways of putting pressure on Boris Johnson to speed up the road map out of lockdown.

He said he will suggest they ‘ask the Government to look again at the current restrictions on funerals as other elements of society begin to open up’.

He insisted: ‘Many people will be grieving and it is right that we should give them the chance to do so without unnecessary restrictions. We have to be cautious and safe about this, but…I’d like to see ministers hold urgent discussions with the funeral industry to develop safe funerals with a larger number of guests.’

More than 78,000 supporters packed into a stadium in Australia yesterday in what is thought to be the largest sports crowd in the world since the pandemic began.

Fans did not wear face masks and even gave high-fives to players at the Melbourne Cricket Ground following the Australian rules football match. The MCG can seat up to 100,000 people.

Not one of my sociable father’s pals was there 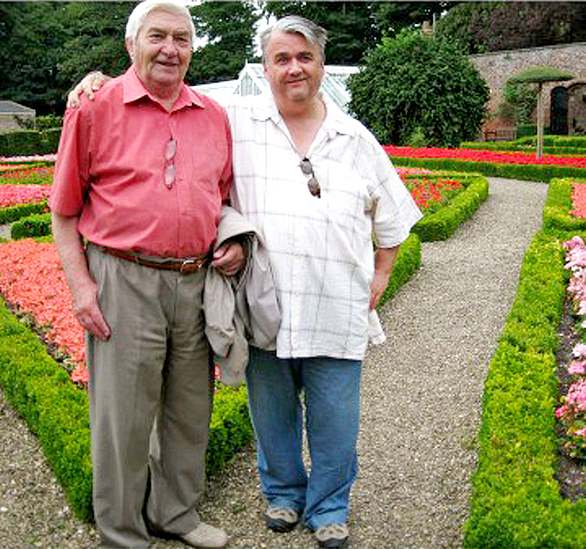 Retired docker John Rumble passed away on March 23 aged 85. The widower, who lost his wife Pat, 80, seven years ago, had a large circle of friends with whom he used to enjoy a pint in his retirement.

But none was allowed to the great-grandfather’s funeral.

‘It was disappointing really that we couldn’t have more there,’ his son Michael said.

‘We ended up with about 20 people – all close family. If we had been allowed more we would have invited all his friends, people he used to knock about with. He was very well regarded in the local community. There weren’t many of his old dock friends around any more, but he still liked to go for a pint most days when he could and had a crowd of people and social scene who he saw regularly.’

Mr Rumble, 59, said his father lived in Hull all his life. His funeral took place at the city’s Chanterlands Crematorium on April 15.

He added: ‘I understand why the Government is being cautious, but I was upset they are letting people into more events like the snooker.

‘I still think there is more work to be done with regards to social distancing. We’ve got to be patient.’