Slavia Prague’s player opted against taking the knee before kick-off of their Europa League clash with Arsenal on Thursday.

The Czech side are at the centre of an ongoing investigation into centre-back Ondrej Kudela, who is alleged to have racially abused Rangers’ Glen Kamara in their last-16 clash.

Arsenal’s players continued to take the knee, as the sides were split on the gesture. 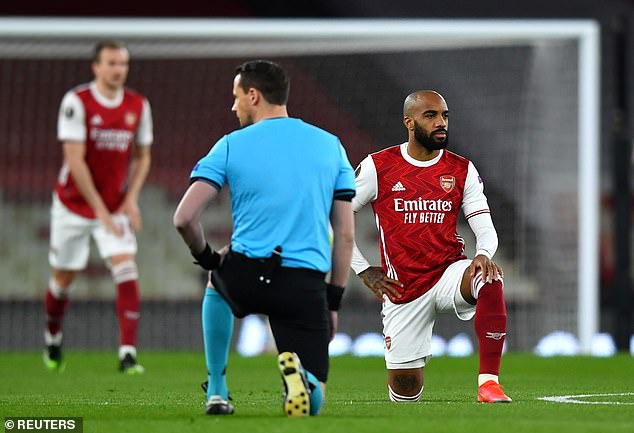 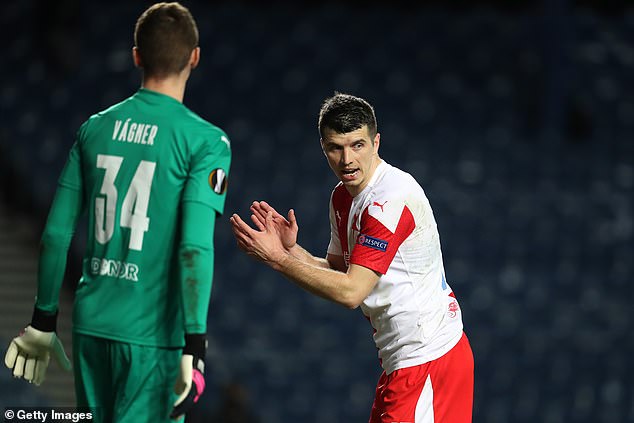 The Czech side remained standing while their defender, Ondrej Kudela, is under investigation

UEFA handed Kudela a one-match ‘provisional suspension’ for misconduct while they conclude their investigation, ruling him out of the Emirates clash.

The Czech player is alleged to have called Kamara a ‘f****** monkey’ as players pushed and shoved amid the fiery game, sparking a furious reaction from Steven Gerrard and his players.

The report has been concluded and is being discussed by UEFA’s disciplinary committee. A result is expecting to be published next week, and could be on the day of the return leg of the quarter-final tie in Prague.

Then provisional ban caused little effect on Slavia’s preparations, as the club had already announced the defender would miss the clash through illness and injury. 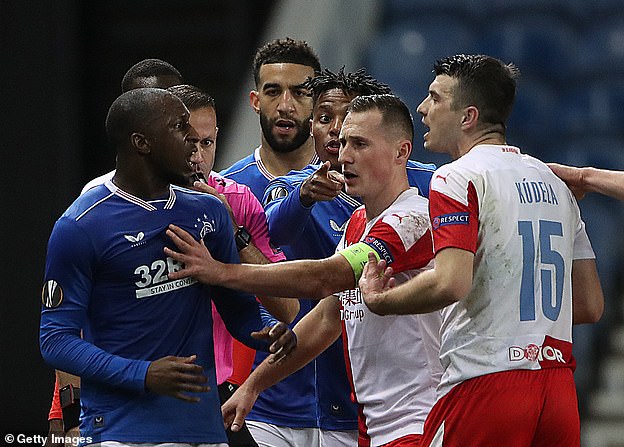 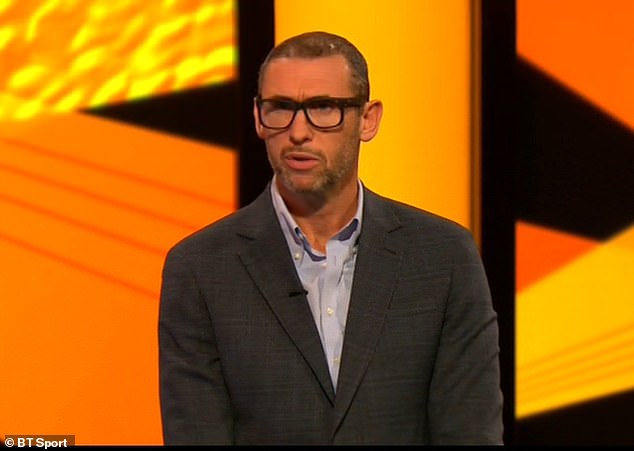 With Thierry Henry stepping off social media and the conversation rumbling on over how to combat racism in football, Martin Keown spoke on the topic pre-match.

‘We need to create change and for governments to be involved,’ the former Gunners defender said on BT Sport punditry duty.

‘I think we need to do it on a bigger scale and maybe the clubs need to come together to boycott Twitter in a mass campaign.

‘Individuals doing it is not having enough impact.’

England’s ‘entire Euro 2020 group games this summer will have 22,500 fans in attendance’