Ousmane Dembele reportedly wants to pledge his future to Barcelona after hitting some of his best form at the Camp Nou.

The France attacker has endured torrid luck with injuries since joining Barca from Borussia Dortmund for an initial £96.8million in 2017.

But the 23-year-old is now enjoying himself and starting to consistently produce the kind of performances which convinced the Catalans to sign him in the first place. 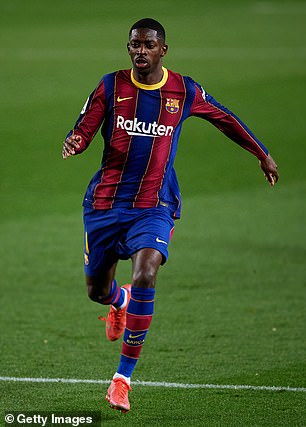 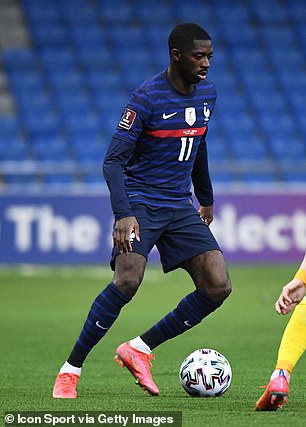 Dembele’s contract expires in June 2022 but El Mundo Deportivo reports that the Frenchman ‘only has his mind’ on Barca and is waiting for the offer of a new deal.

It follows strong interest from Manchester United and Juventus, who were considered to be the two frontrunners for his signature. United previously tried to sign Dembele on loan last summer.

The report states that returning president Joan Laporta has made the winger’s contract renewal talks one of his top priorities along with convincing Lionel Messi to stay.

But Barca’s dire financial situation means Laporta will be forced to offer him poorer terms compared to his current deal.

On Monday night Dembele scored a crucial last-minute winner for Barca in their LaLiga clash against Valladolid ahead of this weekend’s Clasico.

The winger has 10 goals and four assists in all competitions this season, and has netted three goals in his last four games for club and country.

He was on song for France during the international break, scoring in their 2-0 World Cup qualifying win against Kazakhstan. 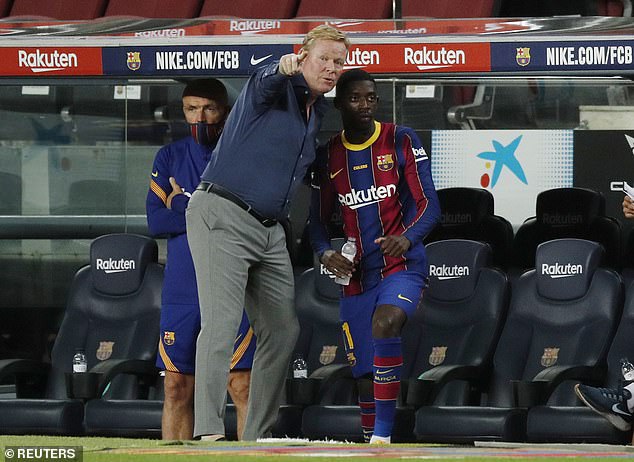 Manager Ronald Koeman emphasised the importance of Dembele pledging his future to Barca following the win against Valladolid.

‘I would like Dembele to stay, he is an important player for us,’ he said.

‘Today, he has shown that with his game and the goal. The key is that he has physically improved and has been able to play a lot of games in a row.’

Barca are reaching top gear in LaLiga, where they are one point behind leaders Atletico Madrid having won their last six games.

Atletico stumbled when they lost 1-0 to Sevilla at the weekend and Koeman’s side are poised to take advantage if they win against Real Madrid on Saturday.