He’s just 29 years old, claims to be a world champion boxer, gets his cash from backers in Indonesia, calls his company ‘NO LIMITS’ and posts topless photos on Instagram: Meet Erik Alonso, the Spaniard who’s agreed to buy Wayne Rooney’s Derby County

Derby County have confirmed that Spanish businessman Erik Alonso – who has ‘a passion for winning’ and describes himself as a ‘Boxing World Champion’ – is on the verge of completing a takeover of the Championship club.

After several weeks of negotiations, Alonso, who owns No Limits Sports Limited, is on the verge of a takeover, subject to approval from the Football League.

‘Derby County Football Club wishes to confirm that a definitive agreement to purchase the club has been reached with No Limits Sports Limited,’ a club statement read. 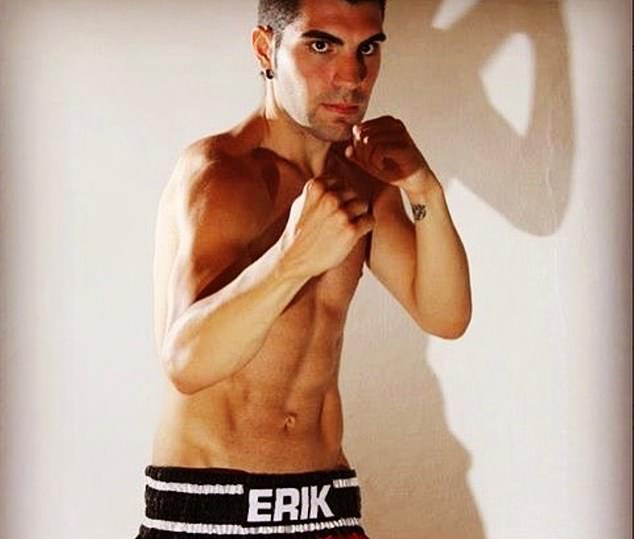 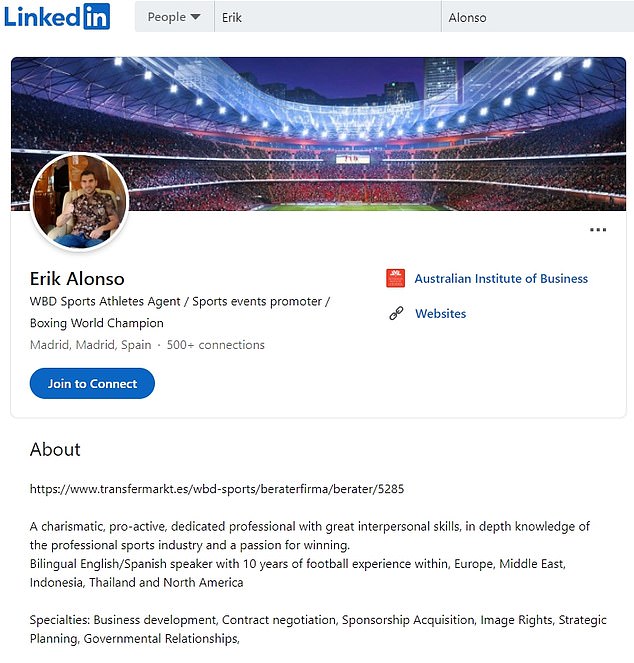 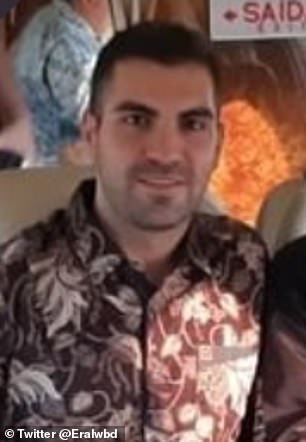 Alonso, who used to hold an advisory role at Sheffield Wednesday, pledged that he ‘will do everything possible to support the club’s vision and ambition’

‘The transaction, which is still subject to the EFL’s Owners and Directors Test approval, is expected to close in the near future.

‘As agreed with No Limits Sports there will be no further comment until the transaction is complete. This is to ensure that all of the club’s focus will be on the Championship run in.’

The Rams had been in talks with Bin Zayed International over a sale, until those plans were abandoned last month, paving the way for Alonso to take over.

The Telegraph reports that Morris, who has looked to offload the club for four years, could remain at Pride Park and take up an advisory role.

‘It has undoubtedly been a difficult period both on and off the pitch for the club over the last two seasons and we recognise that all of the staff have been dedicated and worked tirelessly behind the scenes to ensure the club’s first-team and academy football operations were fulfilled,’ Alonso said in a statement. 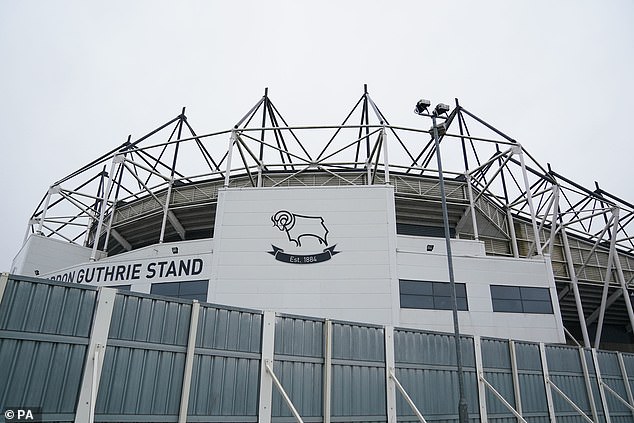 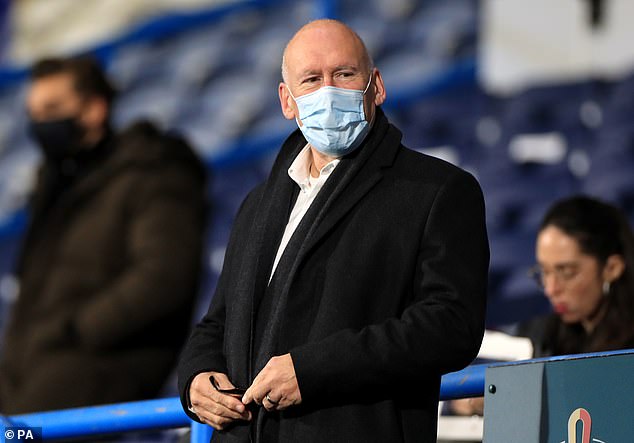 ‘We are looking forward to working with Wayne Rooney and his team, and will do everything possible to support the club’s vision and ambition.

‘We would like to thank Mel Morris and his team for their support in helping to facilitate a quick and smooth transaction.

‘The sales and purchase agreement has been signed and we are now working with the EFL on the final stages of the EFL Owners and Directors Test.’ 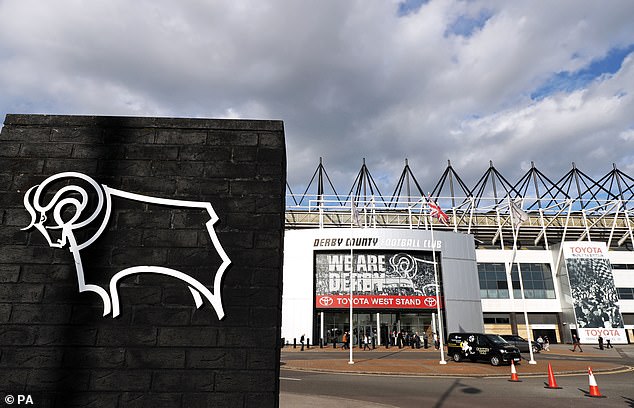 Alonso, whose company ‘No Limits Sport Limited’ is buying the club, must get EFL approval

The 29-year-old was formerly an adviser to Sheffield Wednesday owner Dejphon Chansiri, with YorkshireLive reporting that the Owls owner turned down an offer in the region of £30m from Alonso and ‘Indonesian backers’ to buy the club last year.

On his LinkedIn page, Alonso describes himself as: ‘A charismatic, pro-active, dedicated professional with great interpersonal skills, in depth knowledge of the professional sports industry and a passion for winning.’

He also labels himself a ‘Boxing World Champion’ and has a Boxrec page, a platform where professional boxers’ records are kept. He has fought five times professionally, winning all by knockout.

Supporters have unearthed topless photographs of the club’s prospective new owner from his Instagram page, with the Spaniard donning his boxing gear.

A takeover would come as a huge boost to Wayne Rooney’s side, who have fought to stave off the threat of relegation this season. Fresh investment would help the former England captain look upwards next campaign. 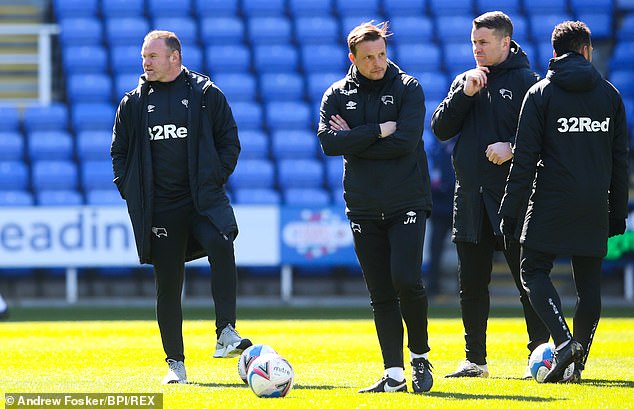