Real Madrid defender Raphael Varane is RULED OUT of their Champions League quarter-final tie with Liverpool tonight after testing positive for Covid hours before kick-off… and Sergio Ramos is already missing!

Real Madrid defender Raphael Varane will play no part in their Champions League quarter-final clash against Liverpool on Tuesday night after testing positive for Coronavirus.

The LaLiga outfit revealed the news less than 24 hours before kick-off at the Estadio Alfredo Di Stefano. Varane took part in a training session to prepare for the European encounter on Monday.

Varane’s omission will be a huge blow to Zinedine Zidane’s side ahead of the first-leg showdown with the Premier League champions. 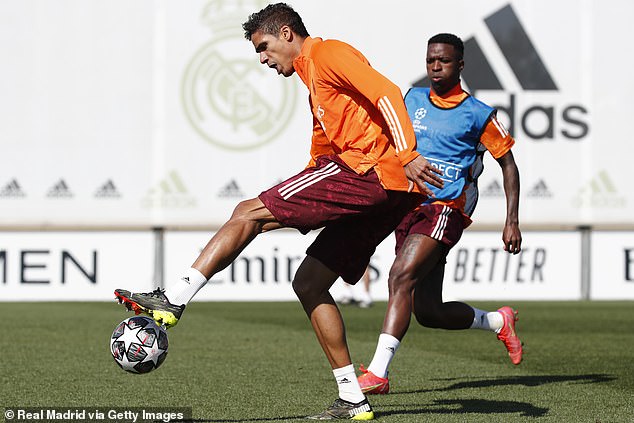 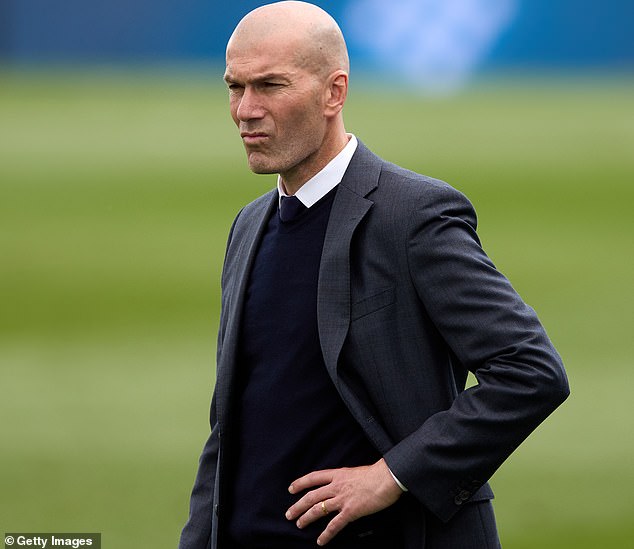 ‘Real Madrid CF informs that our player Raphael Varane tested positive in the Covid-19 test he underwent this morning,’ a statement on their official website read on Tuesday.

Varane was an unused substitute for Real’s 2-0 win over Eibar last weekend but has made 36 appearances this season and has been an ever-present figure at the back in their 2020-21 Champions League campaign.

Real are already without captain Sergio Ramos for the mouthwatering clash after the Spaniard sustained a calf injury while on international duty last month. 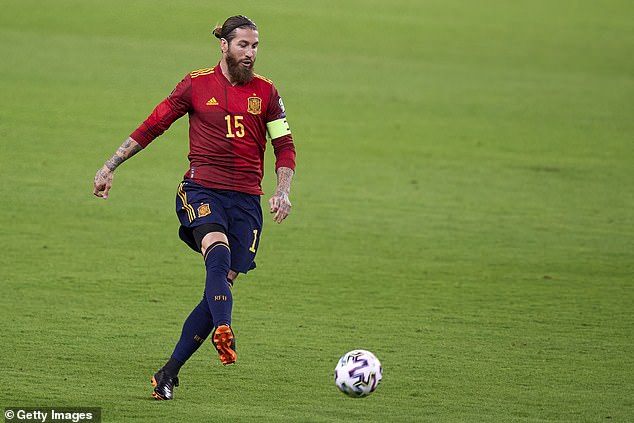 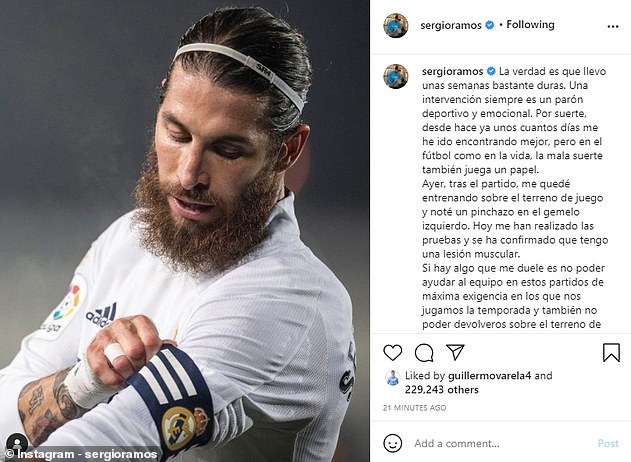 After being out for two months with a knee injury that required surgery in February, Ramos, 35, played five minutes in Spain’s win over Kosovo but complained of a muscle twinge in the cool down.

He posted a message onto his Instagram page that supported suggestions that his latest setback could keep him out for up to a month.

‘If there is one thing that hurts me, it is not being able to help the team in these highly demanding matches in which the season is at stake,’ he said.

Both Varane and Ramos, who injured Liverpool star Mohamed Salah in the 2018 final, are likely to remain sidelined for the second leg of the last-eight clash at Anfield next Wednesday.

The pair’s absence will come as a huge boost to Liverpool, who are currently battling it out to qualify for Champions League football by finishing in the top four in the Premier League.

They’re currently seventh, three points off fourth-placed West Ham. But going all the way in this year’s Champions League would earn them a place in next season’s competition.