Brentford’s hopes of automatic promotion to the Premier League receded further after an early gaffe cost them victory at relegation-threatened Huddersfield.

Comical defending led to Lewis O’Brien shooting the home team into a surprise seventh-minute lead and despite Mads Bech Sorensen’s equaliser at the start of the second half, they could not complete the turnaround.

Thomas Frank’s team, agonisingly defeated by Fulham in the Championship play-off final last August, appeared to be on course for a top-two finish this time when they went two points clear at the top of the table with a 3-1 win at Reading on February 10. 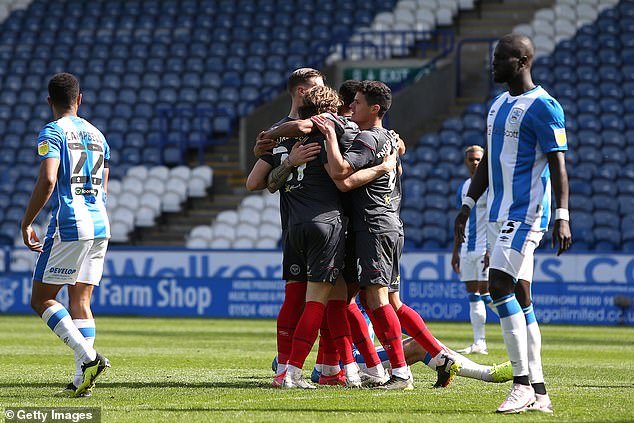 Despite the early second half equaliser, Brentford failed to push on for the winner

But a run of just three wins in 10 matches since has derailed their progress and with just eight fixtures remaining, they are now nine points in arrears of second-placed Watford.

Their return to action following the international break opened in farcical fashion as they gifted Huddersfield a seventh-minute lead.

An innocuous ball forward from Naby Sarr created indecision between Brentford goalkeeper David Raya and Mads Roerslev, drafted in for only his second league start of the season at right-back due to a knee injury to Henrik Dalsgaard.

Raya initially left his area to clear but reconsidered and left the tidying up to Roerslev, who only succeeded in coughing up possession to Alex Vallejo as Huddersfield hustled.

The resultant shot from O’Brien lacked both power and direction but comically found its way into the middle of the goal with the discombobulated Raya in no position to do anything about it.

The opening goal was a huge fillip to a Huddersfield team whose only win on home soil this calendar year was a 4-1 thrashing of another promotion contender in Swansea in February. 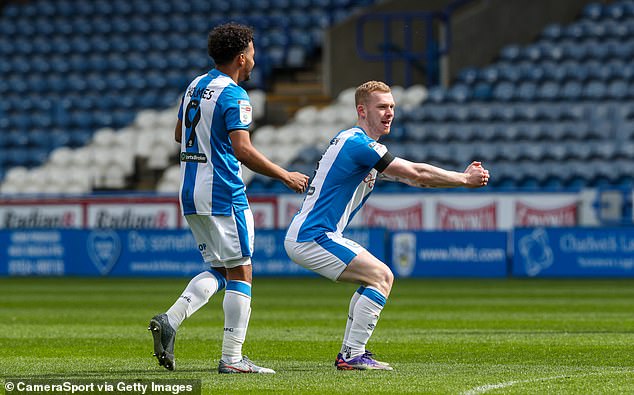 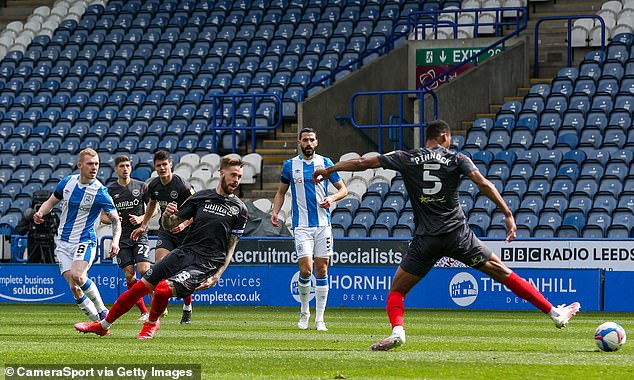 Carlos Corberan’s men restricted their opponents’ threats early on but Brentford began to get a foothold in the game midway through the first half, coinciding with a fine, sprawling save from Ryan Schofield to deny Vitaly Janelt after Sergi Canos slipped him beyond the home defence.

Seconds later, Brentford appealed vehemently in vain for a penalty when Sarr misjudged an unopposed header back to Schofield running through the area.

Most of the joy came down the Brentford left but it was from a long throw from Sorensen, not one of his crosses, from which they created their best chance before the break when in injury time the Championship’s top scorer Ivan Toney soared above the pack to nod across the six-yard box and the ball evaded the headlong dive of Bryan Mbeumo on its way out for a goal kick. 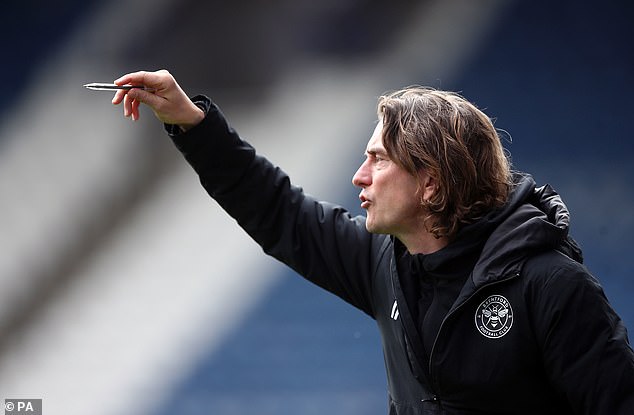 It took only five minutes of the second period for them to level, however, as increased pressure finally told.

A spectacular clearance off the line by Sarr prevented Pontus Jansson getting his name on the score sheet but Janelt was able to return the ball back into the danger area and a thrust of Sorensen’s boot dispatched it into the bottom corner.

Brentford were agonisingly close to turning the game on its head with two goals in as many minutes but Toney’s angled drive thudded off the base of the post.