Brad Potts equalised with virtually the last kick of the game to give Preston a hard-earned point in a 1-1 draw with leaders Norwich in Frankie McAvoy’s first game in charge.

The hosts dramatically levelled late on to cancel out Emi Buendia’s early opener, moving them 10 points clear of the drop zone.

Due to eight midweek international call-ups, Norwich were missing several of their normal starting line-up. 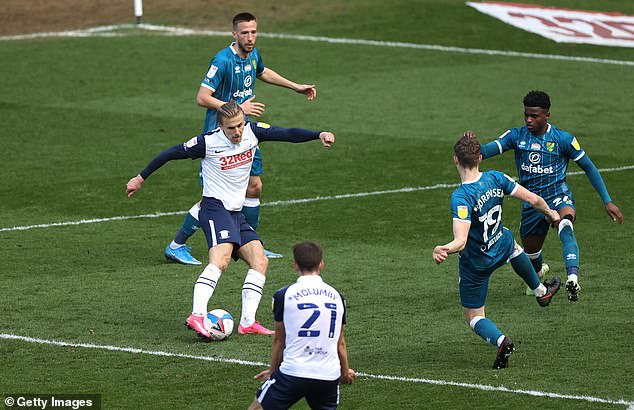 North End played their first game under interim boss McAvoy following the departure of Alex Neil after three years in charge, with a confidence-boosting late draw getting his stint up and running.

For Norwich, Friday’s draw means that second-placed Watford have closed the gap to six points as the promotion hopefuls make their final dash to the finish line.

Elsewhere, Philip Billing scored one and made another as Bournemouth boosted their play-off hopes with a 3-1 win over manager Jonathan Woodgate’s former club Middlesbrough. 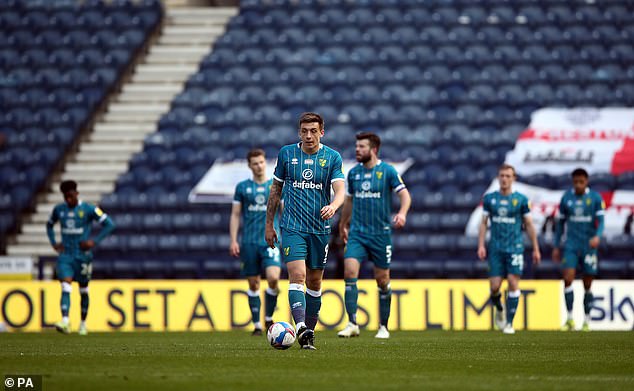 Jefferson Lerma and Dominic Solanke were also on target as the Cherries picked up their second league victory in a row, with Duncan Watmore having briefly put Boro back on level terms.

Cardiff’s chances of breaking into the top six suffered a blow as they went down 1-0 at home to Nottingham Forest, who ended a six-match winless run thanks to James Garner’s first-half strike.

The on-loan Manchester United midfielder’s second goal of the season was enough to lift Forest 10 points clear of the relegation zone.

However, Coventry could do nothing to pull themselves clear of trouble as they went down 3-0 at QPR, leaving them only four points clear of Rotherham who have three games in hand.

Rangers needed only 75 seconds to take the lead through Chris Willock, while Michael Rose’s own goal doubled their advantage before the break. 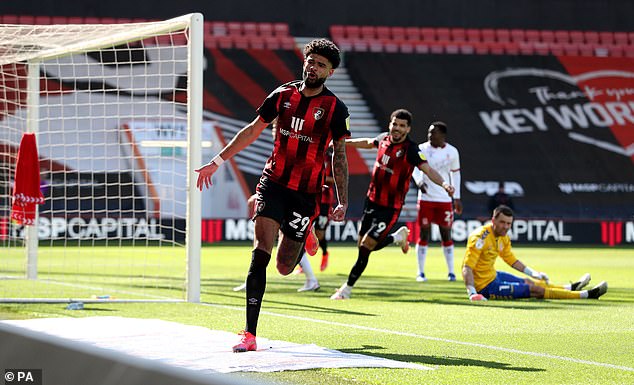 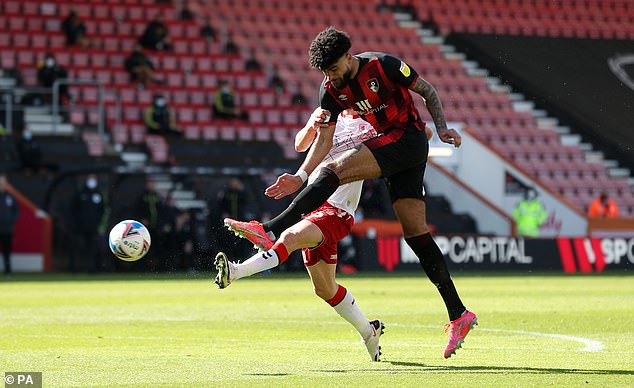 Ilias Chair made sure of the points with his eighth goal of the season midway through the second half.

Rotherham could have closed the gap further but saw Michael Smith’s late penalty saved by Bartosz Bialkowski as they lost 1-0 away to Millwall, having spent the late stages pushing for an equaliser despite playing most of the second half with 10 men.

A thunderbolt from Jed Wallace ultimately settled the contest at The Den, where the Millers had their captain Richard Wood sent off for pulling back Wallace when clean through.

Derby took a big step towards safety as they ended a seven-game winless run with a 2-0 victory over Luton.

Lee Gregory opened the scoring with seven minutes gone and Graeme Shinnie made sure with a penalty early in the second half. 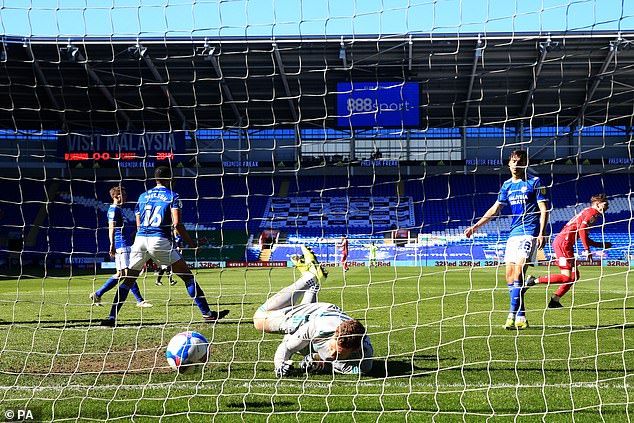 There was also victory for basement side Wycombe – only their seventh of the season – as Fred Onyedinma’s goal was enough to see off Blackburn 1-0.

Nigel Pearson is still awaiting his first home win as Bristol City manager after goals in each half from Nick Powell and Steven Fletcher gave Stoke a 2-0 win at Ashton Gate.

Powell finished from close range in the 25th minute after Tommy Rowe mis-judged a long ball to allow Jacob Brown through, while Fletcher scored with a fine effort following a free-kick just after the hour.