Can RB Leipzig capitalise on Robert Lewandowski injury as they meet Bayern Munich?

Robert Lewandowski has scored 42 of Bayern Munich’s 115 goals in all competitions this season or 36.5 per cent. In the Bundesliga, that increases to almost 45 per cent.

But how reliant are they on the Polish striker to fire them to glory? Well, we’re about to find out.

Lewandowski’s expected absence of a month with a knee injury undoubtedly deals Bayern a serious blow as they defend their league crown and take on Paris Saint-Germain in the last eight of the Champions League. 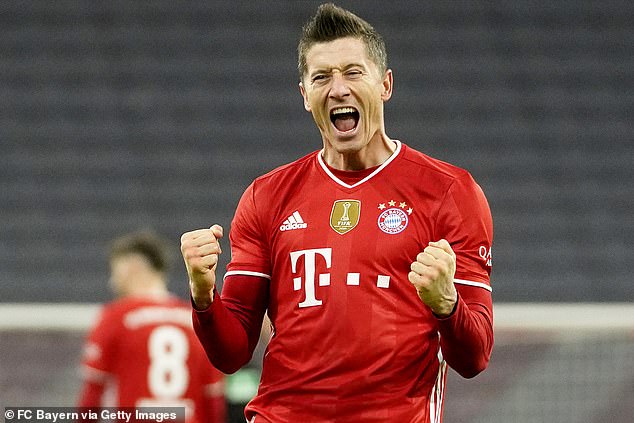 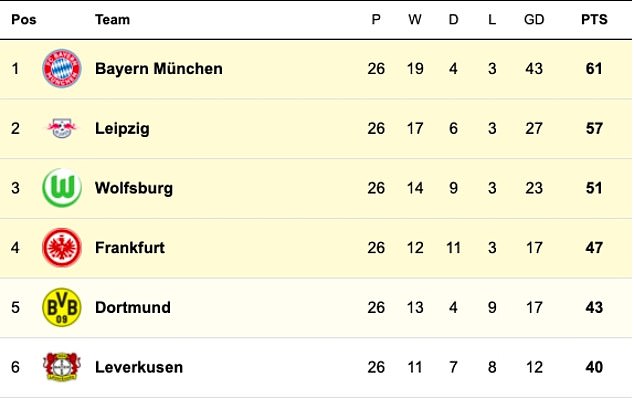 And we’ll start to understand how damaging this is on Saturday night when Bayern travel to their closest title challengers RB Leipzig.

There can be no understating the significance of this one. If Bayern win, their lead at the top will extend from its present four points to seven, crushing the spirit of the pretenders hoping to deny them a ninth straight title.

Never before in Bundesliga history has a team seven points clear with seven games left been overtaken. With Bayern old hands at getting themselves over the line, it would be all over bar the shouting.

But if Leipzig win and trim that gap to just a solitary point, however, belief will grow that the Bundesliga Meisterschale will finally end up somewhere else than the Allianz Arena.

The Bundesliga title race will then become a two-way shootout for the remaining seven games of the season, offering infinitely greater entertainment and intrigue than the Bayern processions of recent times.

The injury also deals a blow to the other fascinating sub-plot to the end of the season in Germany – whether Lewandowski, on 35 league goals, can beat Gerd Muller’s long-standing Bundesliga record of 40 set in 1971-72. 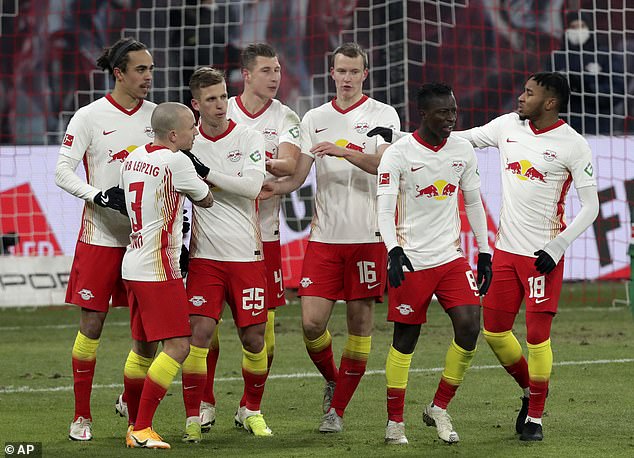 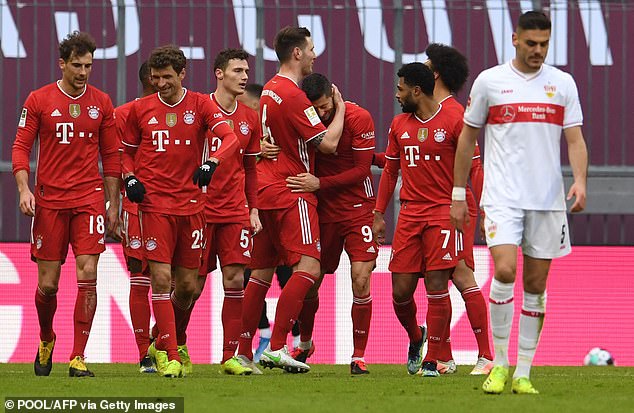 Mind you, even if he returns from his injury with three or four games of the season left, you’d still back him to make it given his scintillating form in the past year.

Leipzig have gradually risen to replace Borussia Dortmund as Bayern’s principal title challenger and the two sides played out a thrilling 3-3 draw in Munich back on December 5.

Lewandowski wasn’t on target then and, incredibly, Leipzig are the only Bundesliga opponent he has failed to score against this season.

But the fact Bayern still gained a point in that match without their talisman scoring – the youngster Jamal Musiala and old hand Thomas Muller (twice) provided their goals – offers encouragement they can cope without him.

‘We live in the here and now. Our game will obviously change,’ said Bayern’s manager Hansi Flick. ‘Inside the box Robert is a different player, a special one. He creates goals out of nothing.’

Flick will have to improvise but Bayern still boast plenty of brilliant players to get the job done at the Red Bull Arena.

Eric-Maxim Choupo-Moting could be a like-for-like replacement or Muller could swap his second striker role to lead the line.

Alternatively, Flick could harness Bayern’s speedsters like Leroy Sane, Kingsley Coman and Serge Gnabry and play on the counter-attack, potentially with Muller as an advanced focal point.

‘Now it is up to others to step up and fill the gap. This is not the first time that happens in football,’ said Muller, whose impressive haul of 13 goals and 17 assists this season has been overshadowed by Lewandowski. 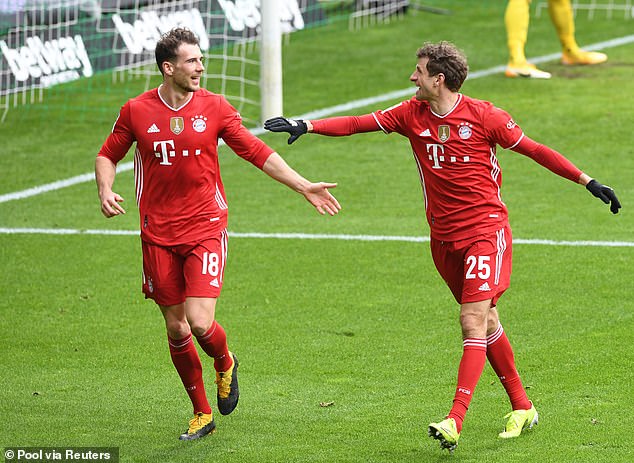 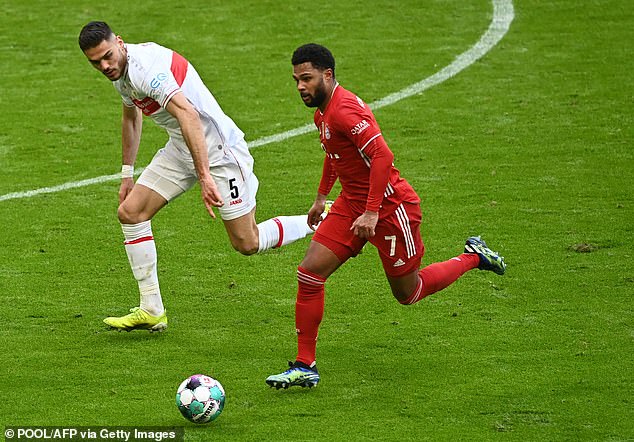 Bayern’s speedy players, such as Serge Gnabry, will also be crucial to keep them on track

As well as their obvious depth of quality, another thing in Bayern’s favour is the psychological effect of their vastly superior record over Leipzig.

This is the 10th meeting between two clubs who are almost certainly the most widely disliked in Germany. Six of the previous nine have come with the teams sitting first and second in the table.

But Bayern have won four of the nine with four draws and just a single Leipzig success, back in March 2018. However, the last four league encounters have been draws, so the gap is closing.

Julian Nagelsmann’s team may have been outclassed by Liverpool in the Champions League but they are Germany’s form team with seven wins and a draw from their last eight Bundesliga games.

They haven’t been outside the top four all season, led the way briefly in October and have been second since the turn of the year. We will now see if they have a final push in them. 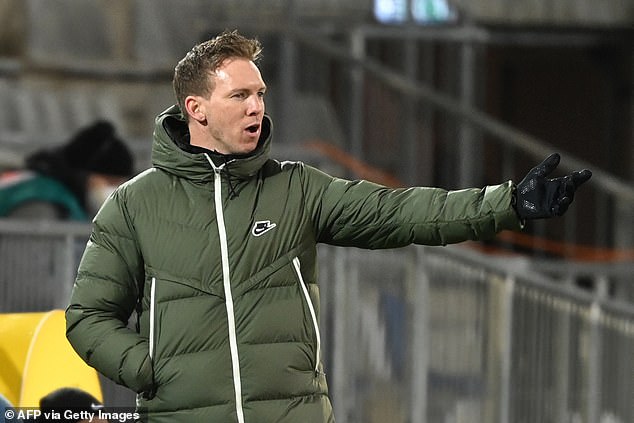 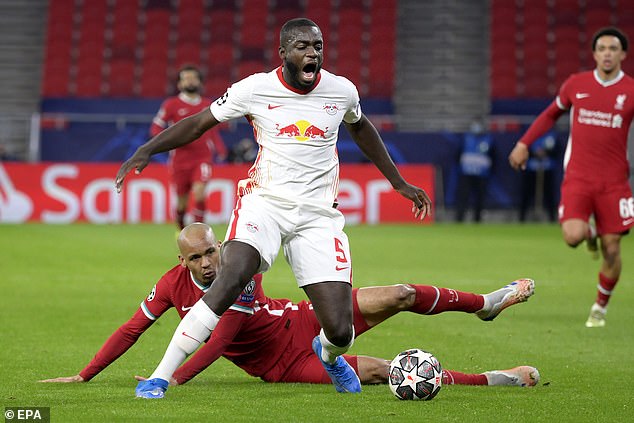 May 8 Borussia Dortmund (A)

Leipzig’s high intensity, pressing and effectiveness on the counter are well known and they’re boosted by defensive rock Dayot Upamecano, set to join Bayern in the summer, overcoming a thigh strain. Wing-back Angelino, however, is out with a thigh injury.

There is a feeling of now or never about Leipzig’s season. Their European exit at the last-16 stage frees up vital preparation time for their title push as Bayern are engaged in two intense and energy-sapping legs with PSG.

But all these advantages will be irrelevant if they don’t win – or at least draw – on Saturday.

Bayern have swept all before them over the past few months – their Treble of last season has become a Sextuple this after wins in the German SuperCup, UEFA Super Cup and FIFA Club World Cup. 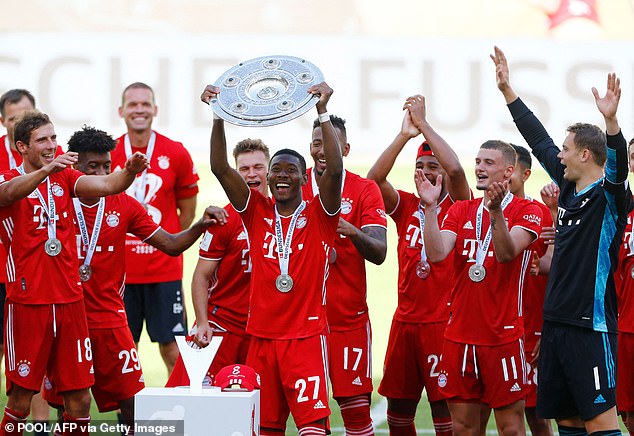 The trade off has been an unrelenting fixture list that has, every so often, exposed some fallibilities. They were dumped out of the Cup by second division Holstein Kiel, for example, wrecking hopes of a Treble repeat.

Yet usually the Bayern machine hums along very nicely and infuriatingly for their rivals. Bayern still specialise in snuffing out those glimmers of hope in a most ruthless fashion.

Panic? Not a bit of it, Bayern were level by half-time and then late goals from Leon Goretzka and then Lewandowski ensured the status quo continued. 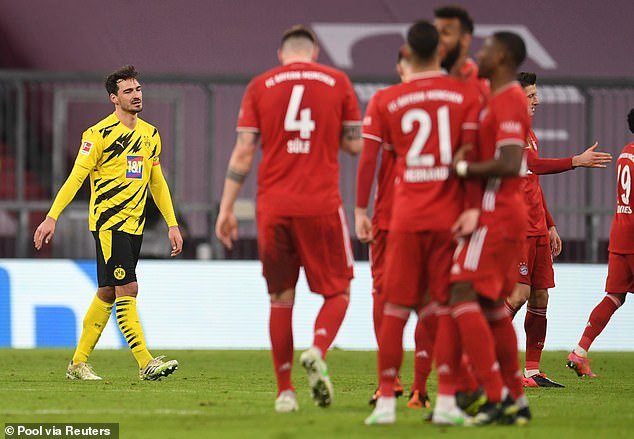 Or the absurd game against Stuttgart two weeks later when Bayern saw Alphonso Davies sent off just 12 minutes in before they responded by establishing a 4-0 lead by the 39th minute.

Lewandowski scored a hat-trick that afternoon and we don’t really know how diminished they are without him.

Leipzig will hope to have some fun finding out – and in the process averting yet another Bayern stroll to the title.

Serie A: 10 talking points as Inter look to hold off rivals AC Milan with season reaching its finale

Lewandowski leads the way in the Golden Shoe race – but who is the surprise name ahead of Mbappe?