LaLiga strugglers Eibar paid the penalty on Saturday after misfiring goalkeeper Marko Dmitrovic saw his spot kick saved in a 1-0 defeat at Cadiz.

Unlikely goalscorer Dmitrovic stepped up in the 57th minute with his side 1-0 down in their latest attempt to move clear of the relegation zone in the Spanish top flight.

Despite drawing instant comparisons among some fans to legendary penalty-taking stopper Jose Luis Chilavert, disconsolate Dmitrovic lacked the renowned ruthlessness of the Paraguay legend from 12 yards. 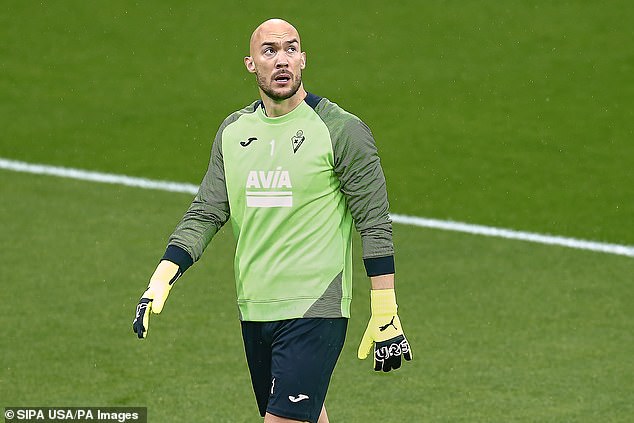 Opposite number Jeremias Ledesma won the battle of the number ones, diving to his left to deny Dmitrovic and push the powerful strike around his post.

Dmitrovic’s successful attempt from the spot against LaLiga leaders Atletico Madrid earlier this season seemed a distant memory as the goalkeeper-turned-goal-threat jogged back towards his goal afterwards.

As was the case when Eibar played Atleti, the day ended without a point for Eibar – and there was worse news from elsewhere for Dmitrovic.

Wins for rivals Elche and Valladolid meant that the Basque Country side slipped into the relegation zone and are now two points from safety. 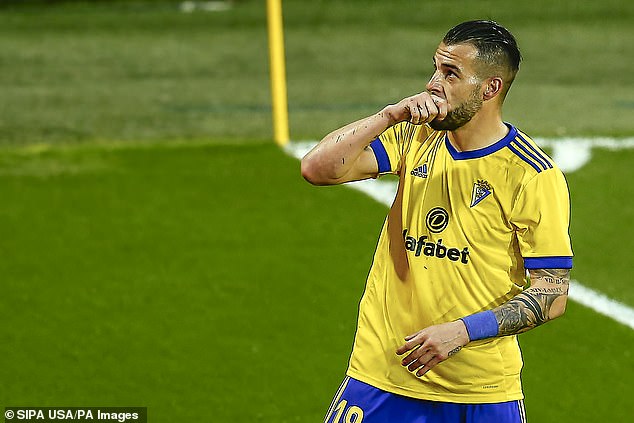 Alvaro Negredo was hosts Cadiz’s number one, scoring the 15th-minute winner in their victory

The Serbia goalkeeper, who moved to Spain from Charlton in 2015, is said to have become the second goalkeeper to miss a penalty in LaLiga this century.

Former Real Madrid goalkeeper Albano Bizzarri also fluffed his lines from close range when he was playing for Valladolid against Real Sociedad in May 2004, according to Opta Spain.

Dmitrovic has had more success at the other end of the field this season. Eibar have conceded the fewest goals of any side outside of LaLiga’s top 10, letting in a respectable 29 goals in 26 games.

As the 29-year-old’s penalty area profligacy hinted, their problems have come in making the most of their opportunities.

Their next seven games are all against teams in the top 10, including Atleti and Real Madrid – so they will be desperate to improve upon the meagre 20 league goals they have managed so far this term.