Schalke have fired manager Christian Gross on Sunday after just two months in charge along with four senior staff, in a desperate bid to avoid Bundesliga relegation.

The Gelsenkirchen-based club is bottom of the league and nine points from safety with 11 games remaining.

Gross was fired a day after a 5-1 loss at Stuttgart, leaving Schalke looking for their fifth coach of a turbulent season. 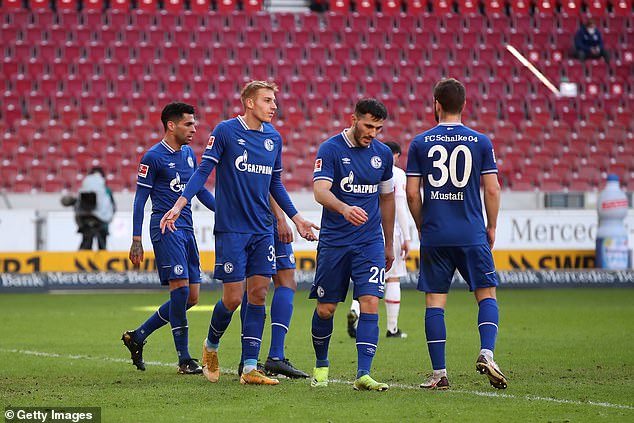 The 66-year-old Swiss coach arrived in December with more than 30 years of coaching experience around the world, including a spell with Tottenham from November 1997 to September 1998, but hadn’t coached in Europe since 2012.

He led the team to its only win of the season to end a 30-game winless run in the Bundesliga, but couldn’t build on that, with Schalke earning just five points from his ten league games in charge.

David Wagner was fired as manager in September before his successor Manuel Baum followed in December. The team played two games under stand-in Huub Stevens before appointing Gross.

Sporting director Jochen Schneider, who was due to leave at the end of the season, was also fired, as was the team coordinator Sascha Riether, lead fitness coach Werner Leuthard and assistant coach Rainer Widmayer.

Schneider on Saturday denied reports of mutiny within the squad amid reports that several players had asked for Gross to be replaced. 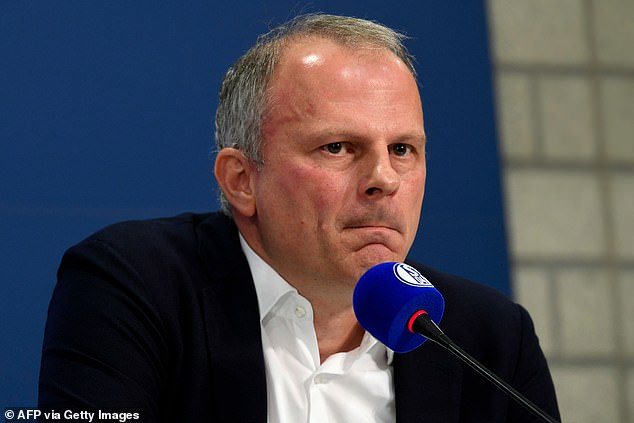 The club said Peter Knabel, who heads the youth department, would take over Schneider’s sporting director role until further notice, with “a view to planning for the new season”, a sign the club is preparing for its first season in the second tier since 1991.

Former Germany striker Gerald Asamoah moves up from overseeing the under-23 team into Riether’s coordinator role.

‘The sporting situation is clear. That’s why we have to think beyond the season for every decision regarding personnel,’ said Jens Buchta, chairman of the supervisory board.

He added: ‘At the same time the team is obliged to play the last third of the season as successfully as possible. The players owe it to the club and the fans.’