Since May 2016 Scottish football has grown wearily accustomed to the sight of Scott Brown lifting trophies.

The last time a team outwith Celtic won a domestic competition Hibernian ended a 114 year wait for the Scottish Cup on a day of rampant over-exuberance.

In contrast St Johnstone’s Betfred Cup triumph over Livingston at a deserted Hampden was a distinctly low key affair. None of which alters the significance of the occasion. 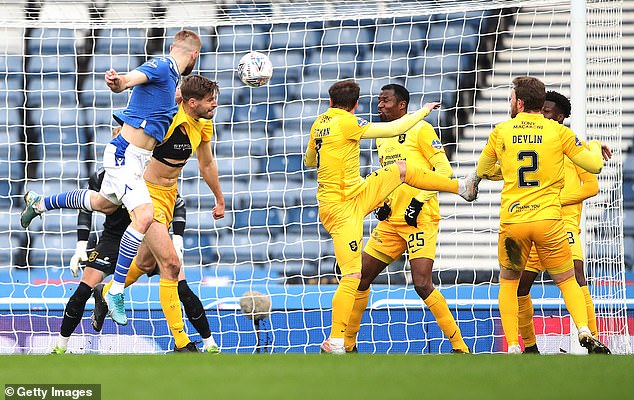 Hampden hero Shaun Rooney’s soaring first half header finally shattered Celtic’s stranglehold on Scottish football. In the process Callum Davidson’s side asserted themselves as the second most successful team in the country over the last decade.

In the last ten years Kilmarnock, Hearts, St Mirren, Aberdeen, Inverness, Ross County and Hibs have all won a trophy apiece. The Scottish Cup of 2014 was St Johnstone’s first major trophy and, in trampling all over David Martindale’s path to redemption, here they added a second.

A tennis protégé growing up in Dunblane, Judy Murray can now count Callum Davidson as another major winner to add to her roster. The only regret for the Saints boss was the failure to add more goals in a second half when Livingston could have been over-run.

Fairytale is the wrong word the tale of a football manager locked up for six and a half years for an involvement in drug trafficking.

Livingston will rue an opening half hour when they had chances to make his case. The whole occasion was reminiscent in the end of a semi-final when Hibernian battered St Johnstone for 30 minutes before losing a goal from a header at a corner. From then on there was only one winner and so it was here.

Until his stand-out display against Hibs there were football fans in Scotland who couldn’t have picked Shaun Rooney out in an identity parade. The man of the match fired Saints back to Hampden for the final with a rampaging display on the right flank, cementing his place in club folklore with the goal which won their first League Cup after losing appearances in the finals in 1969 and 1998. 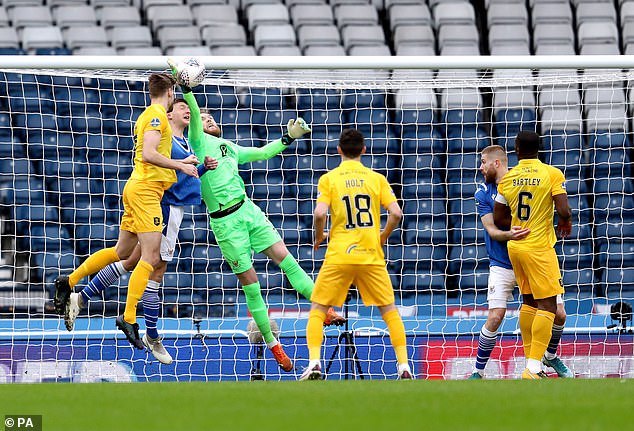 For the West Lothian side it was all a desperately anti-climactic end to a day which promised to much. Two glorious missed chances in the first 20 minutes cost them.

Martindale speaks of Scott Robinson as the player who epitomises everything Livingston are about.

Three or four inches shorter than St Johnstone defenders Liam Gordon and Jason Kerr, the striker played between the two – belying his lack of physique by being a relentless pain in the backside.

And, in those opening stages, his efforts should have reaped a reward. As Hibs learned in the semi-final failure to strike first against this Saints side can be costly

They had a wonderful chance in the sixth minute when Robinson nodded a long ball down to the feet of veteran defender Efe Ambrose. In his Celtic days Neil Lennon claimed the Nigerian had a ‘curley toe.’ That might explain how he almost shanked the ball over the stands and into Lesser Hampden from all of ten yards out.

St Johnstone had keeper Zander Clark to thank for their salvation 11 minutes later. A long ball forward was laid off by Robinson to Josh Mullin. The midfielder’s deft first touch created an opening and a 20 yard drive heading for the corner of the net until Zander Clark produced a terrific fingertip save. 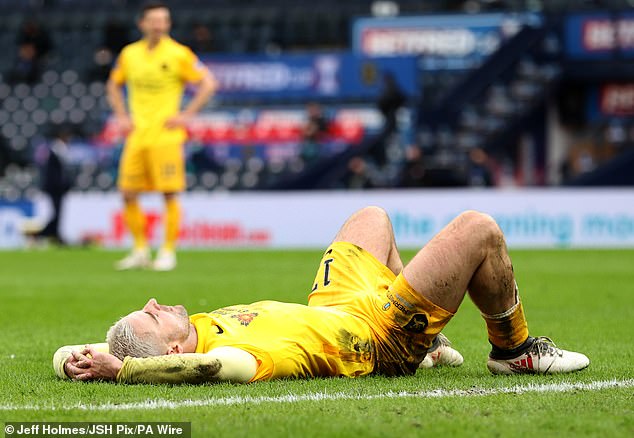 St Johnstone hadn’t started the game well, but had no reason to panic. When Hibs blew chance after chance in the semi, they smashed and grabbed a goal for captain Jason Kerr from a corner after 35 minutes. This time they peaked three minutes earlier.

In a tactical switch Martindale had moved defensive midfielder Marvin Bartley to the left side to track St Johnstone’s rampaging wing-back Shaun Rooney. Bartley did his job when he blocked Rooney’s cross for a corner. Oddly, Jon Guthrie took on the role of marking St Johnstone’s number 19 for Craig Conway’s outswinging corner and lost him.

Rooney’s craning header struck the inside of the post and crept into the net beyond the despairing dive of Robbie McCrorie for the breakthrough.

St Johnstone held the lead at half-time without being brilliant. Livingston were the better team in the first half, they created the better chances. That changed after the break when, one foot on the throat of their opponents, St Johnstone squeezed tight.

Saints should have gone two up four minutes into the second half. When Ali McCann’s driven cut back was lashed at goal David Wotherspoon, keeper Robbie McCrorie produced a fine instinct save. Even now you wonder how striker Chris Kane failed to get something on the loose ball to turn it into the net from six yards out. There and then that was the cup. 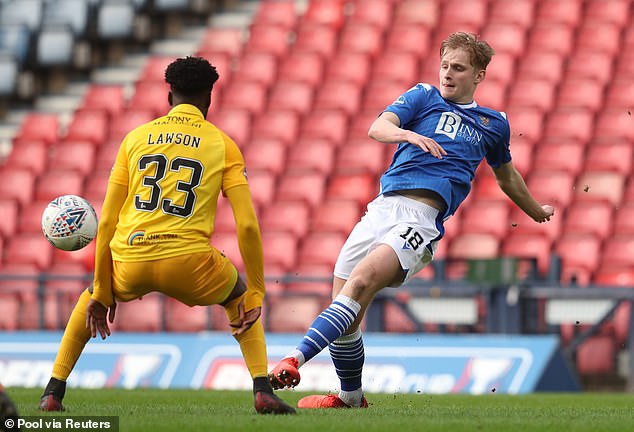 For the first time in the game Livingston looked ropey. Jason Kerr screamed for a penalty after a grappling match with Efe Ambrose. McCrorie was then caught in no man’s land, losing his bearings as a Jamie McCart header stayed out of the net thanks to an Ambrose block. St Johnstone were incessant, Livingston rattled.

The worry for Callum Davidson was obvious. For all their territorial advantage there was still only one goal in it.

Desperate to extract a tune from his team Martindale had to change it. His team had posed little or no second half threat.

Craig Sibbald, Alan Forrest, Gavin Reilly and Jay Emmanuel Thomas were all thrown on in search of a goal.yet St Johnstone were deserved winners of their second major trophy in the end.

Captain Jason Kerr lifted the cup at an empty Hampden. For clubs like St Johnstone days life this are so rare, so precious, the absence of fans is a slightly tragic affair. Who knows when a day like this will come again.