Gerard Pique has made clear that Barcelona remain in a race for the LaLiga title after winning against Sevilla on Saturday.

Ronald Koeman’s men are second in the league with the victory putting them just two points behind Atletico Madrid, although they have two games in hand. 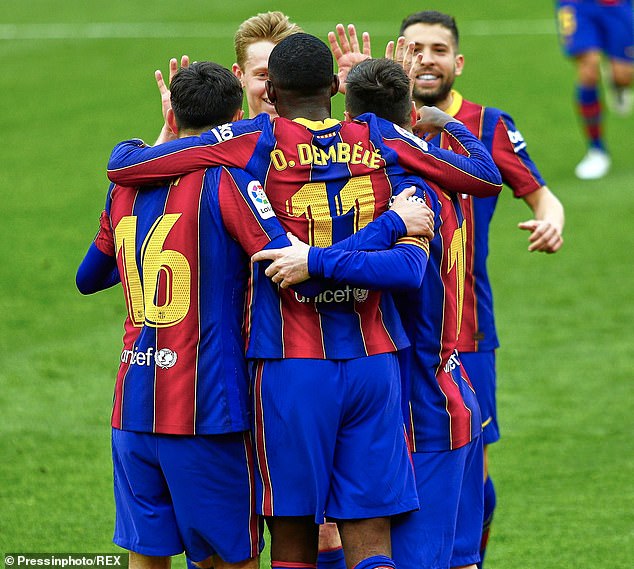 Speaking to reporters after the match, Pique insisted the contest was far from over.

‘Sevilla, at home, didn’t have a shot on target nor created clear chances.’

The win was Barcelona’s second in successive league matches, and extends an unbeaten streak to 15 LaLiga games. Atletico, however, are stuttering and have taken just one point from their previous two matches.

However, Barcelona’s form outside the league leaves something to be desired, with a 2-0 deficit to overcome against Sevilla in the Copa Del Rey semi-final next week. Barca were also hammered 4-1 at home by Paris Saint Germain in the Champions League last 16. 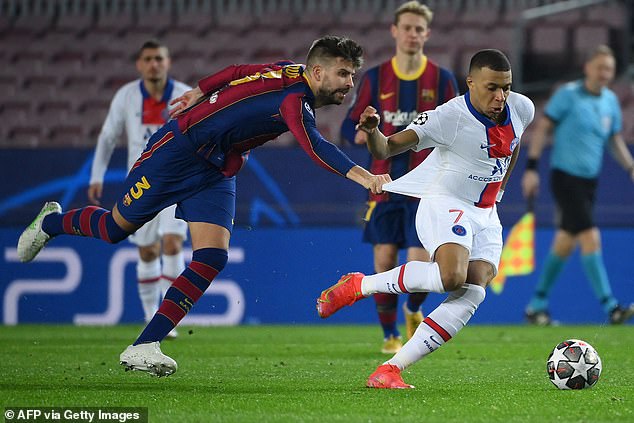 Despite losing 4-1 to PSG in the Champions League, Pique said Barcelona still have belief

Despite the poor results, Pique is adamant Barcelona can turn their fortunes around.

‘We’ve seen much worse things and the team, despite those two games (against Sevilla and PSG), is one to believe in this year,’ he said.

‘It’s not an ideal situation, but I’m confident in the team. Everything is in our head. If we turn it around on Wednesday (against Sevilla), the season changes completely.

Hellas Verona 1-1 Juventus: Cristiano Ronaldo’s 26th goal of the season is in vain