Barcelona’s season could be decided in the next five days. Beat Sevilla in LaLiga on Saturday and then in the Copa del Rey on Wednesday and they will be in the cup final and the title race.

But lose both and the prospect of a second trophyless season looms larger than ever. For Sevilla the challenge is huge too.

Sportsmail looks at how Julen Lopetegui’s side matches up to Ronald Koeman’s ahead of the double-header showdown.

Barcelona’s season could be decided in the next week, with another trophyless term possible 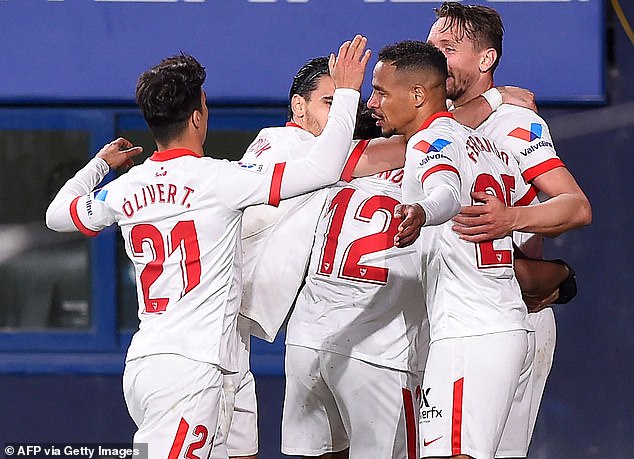 Sevilla have won their last seven in the league so confidence could barely be higher. They were beaten 3-2 by Borussia Dortmund in the Champions League but they still believe they can turn that around and on the home front they see every other team faltering apart from them.

Barcelona coach Koeman was so down after the team’s tame draw against Cadiz last weekend he disappeared straight down the tunnel without bothering to stop for his customary patting the backs of his players as they walk off the pitch.

An awful first half on Wednesday against Elche and it looked like he was going to need to lie down in dark room again but Messi lit-up the second half and there is hope once more. Elections are on the horizon and with young players such as the tireless Pedri, Barcelona followers believe that it is not all doom and gloom. 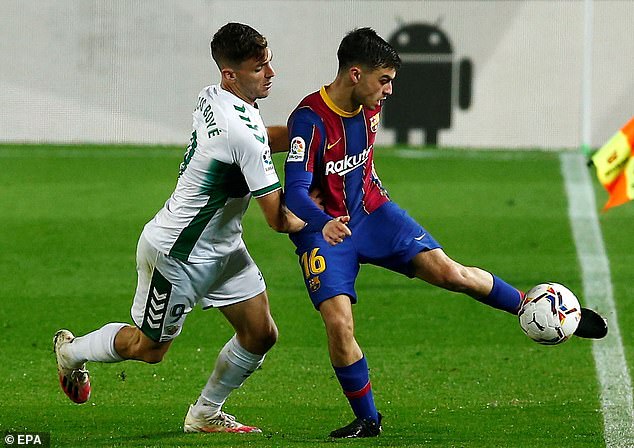 Sevilla’s central defensive pair Jules Kounde and Diego Carlos are both playing well and have even weighed in with goals this month.

Joan Jordan looks one of the best midfielder in Spain and Youssef En-Nesyri is fourth top scorer in LaLiga.

Barcelona have LaLiga’s top scorer however. Lionel Messi added two more to his tally in midweek and now has 18.

Frenkie de Jong is playing well alongside Pedri and Gerard Pique is back to try to bring order to the defence. 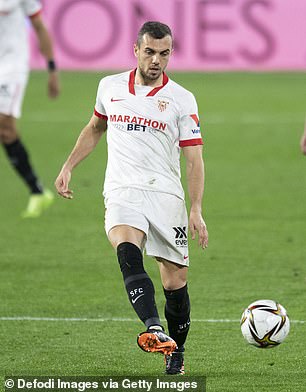 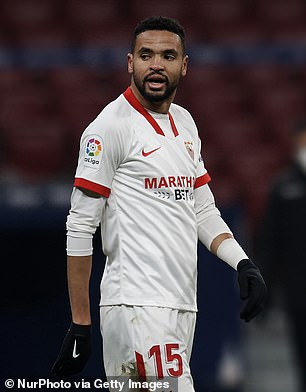 Sevilla have Suso, Ocampos and Acuna all out. The former Liverpool winger could be back for the second game in the cup. He’s been in superb form of late scoring four times since late December.

Lucas Ocampos and Marcos Acuna will not make either game. Former Barcelona forward Munir El Haddadi has stepped in for Ocampos and Karim Rekik has covered Acuna. He carries less attacking threat from full back but is better defensively.

Barcelona hope to welcome Ronald Araujo back to partner Gerard Pique for at least one of these games. This is the partnership Koeman wants. They have only been able to play 304 minutes together so far conceding just one goal in that time.

Ansu Fati, Sergio Roberto and Philippe Coutinho are longer-term absentees. Fati is still a huge miss. Roberto should be back soon but not in time for the double header. 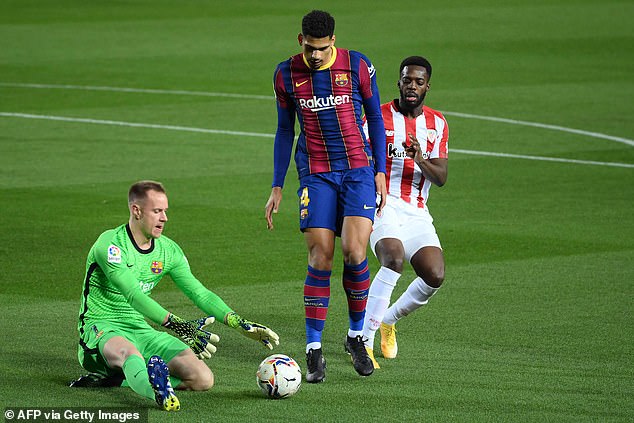 All is calm at Sevilla with Lopetegui having signed a longer contract in January that will keep him at the club until 2024.

He seems to see eye-to-eye with sporting director Monchi and the two former goalkeepers ought to be able to keep carrying the club former to an exciting future.

It feels like Barcelona haven’t had a week’s worth of calm since around 2015 when the team won the Treble and – off the back of that on the field success – Josep Bartomeu won the election. 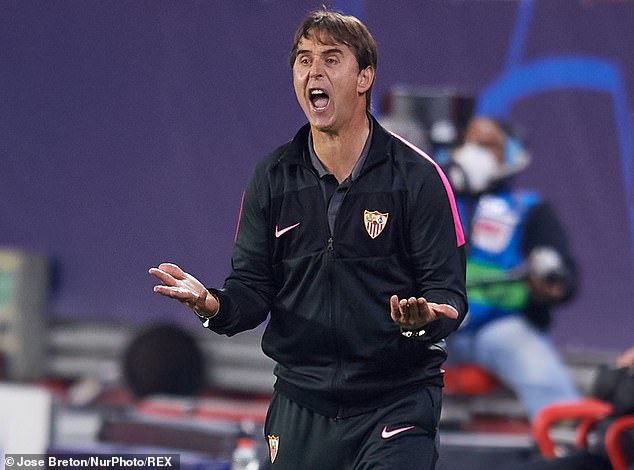 The 2021 election will take place on March 7 with Joan Laporta expected to win. That ought to bring some stability to a club tossed from one institutional crisis to another.

His first job will be to sit down with the banks and financial institutions that Barcelona need to pay around £231million (€266m) to by the end of June and renegotiate the debt. Next job will be persuading Lionel Messi to stay.

That might seem like the wrong way around but it’s probably better to know the financial situation before meeting with Messi’s dad Jorge to discuss what kind of deal the club can offer. 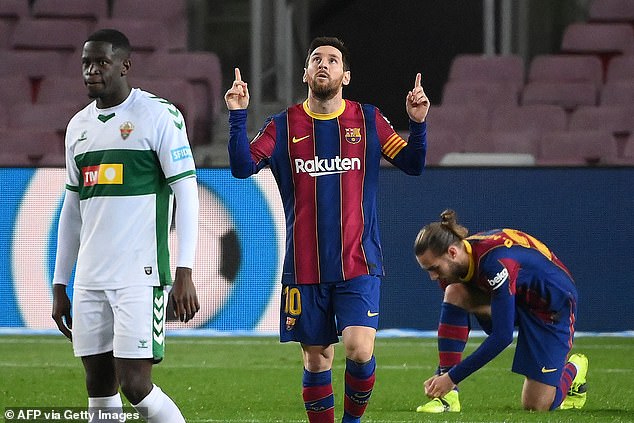 Lopetegui has been around long enough to know that Sevilla could easily go from having a chance in three competitions to being out of all of them.

Assuming that does not happen it’s going to be an exciting end to the season for a man who managed to lose the Real Madrid job and the Spain job inside the same four month period, but never seemed to lose credibility. He is proving what a top coach he is.

Koeman still has credit in the bank despite that thrashing at the hands of PSG. His work with the younger players has been impressive and as things stand he looks favourite to still be in charge next season. 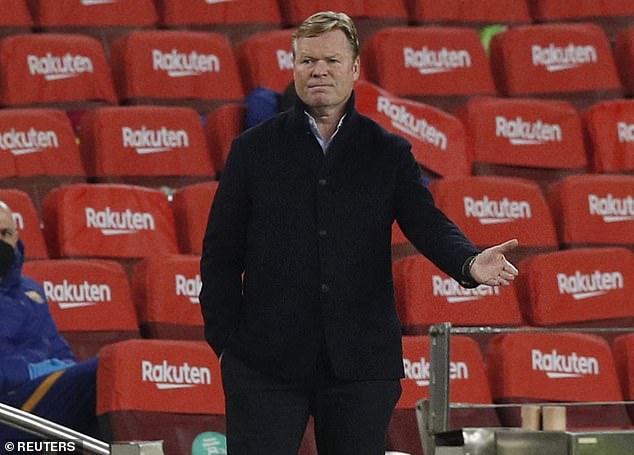 Goalkeeper would be tough. Bono is playing brilliantly but you’d probably still opt for Marc-Andre ter Stegen, Jesus Navas would comfortably be the choice at right back and it would be Sevilla again in both the central defensive berths with Jordi Alba the only Barca player in the back four.

In midfield Pedri would be the only Barcelona player. Fernando gets in hands-down the best option in the holding position and Jordan just shades out De Jong.

Up front Suso would just about get the nod to be third man with Messi and En-Nesyri. Not often a combined Barca-Sevilla XI throws up a Sevilla majority. 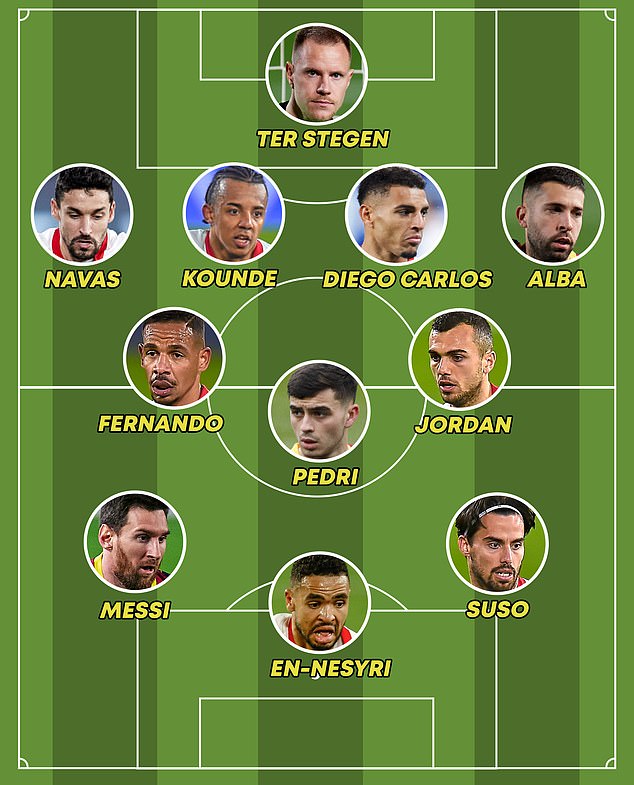