‘He’s like an American football player’: Antonio Conte heaps praise on Inter Milan striker Romelu Lukaku, hinting he would even do well in the NFL

Inter Milan boss Antonio Conte thinks his star forward Romelu Lukaku could have a career as an American Football player, but no doubt would prefer to have him leading the line as Inter go on the hunt for the Serie A title.

Speaking to Italian outlet Corriere della Sera, Conte said: ‘He is like an American football player.’

Lukaku has become one of the best players in Italy since making the move from Manchester United in 2019, showing off his power and finishing ability on a weekly basis. 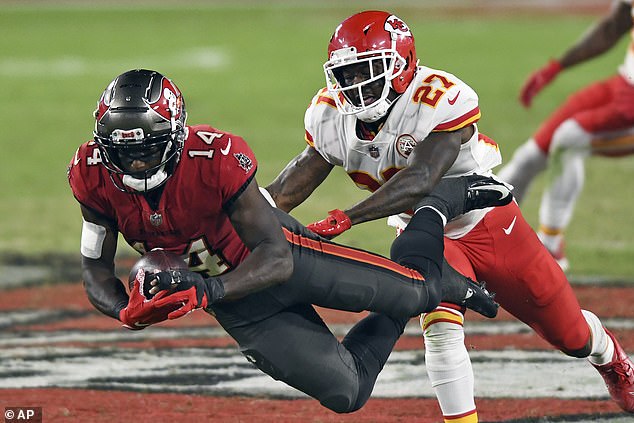 American football players are known for their strength and speed, much like Lukaku

‘It is too simplistic to say that he is good when he has open space,’ said Conte. ‘I wish they would let him get into the box. Lukaku or Lautaro [Martinez], I don’t think they are a joy for defenders in the box.

‘Lukaku is an unusual footballer. He is a centre-forward, he acts as a target man, and he is very fast. He is like an American football player.’

NFL players are known for combining size and athletic ability, something very important in the high pace, high impact game of American football. 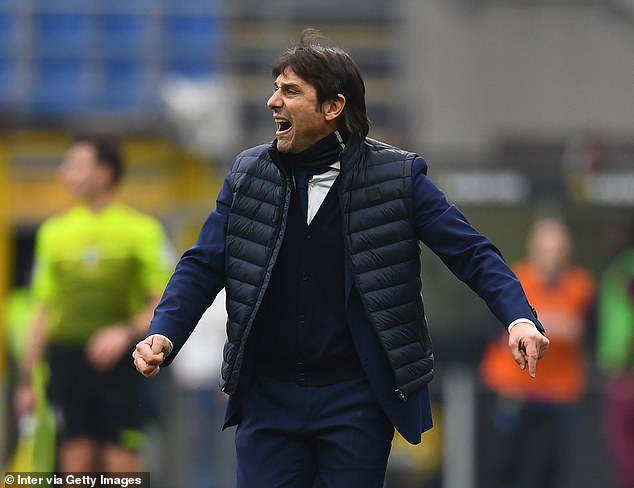 Lukaku is unlikely to join the NFL, with Inter Milan closing in on a Serie A title this season

But Lukaku’s skills also come in handy on the football pitch, and he has scored 23 goals in 30 games in all competitions in this season alone.

His partnership with Martinez up front has been a big part of why Inter Milan are four points clear at the top of the table, ahead of local rivals AC Milan.

Juventus, who have won the previous nine seasons, look set to miss out on the top spot for the first time since 2011.

27-year-old Lukaku still has plenty of years left, but it seems unlikely he’ll be making the switch to the NFL anytime soon.