Steven Gerrard says he is ready to forgive and forget Nathan Patterson’s Covid breach after seeing the Rangers teenager make the most of his second chance to help his side into the last 16 of the Europa League.

Patterson found himself in his manager’s bad books after attending an illegal house party with four team-mates earlier this month.

But along with fellow sinners Calvin Bassey and Bongani Zungu, he was recalled after quarantine to rejoin Gerrard’s squad for the Glasgow return with Royal Antwerp.

Introduced for Leon Balogun at half-time, it took the 19-year-old just 16 seconds to make amends for his mistake as he fired home Rangers’ second goal and put them firmly on course for a place in Friday’s noon draw.

The impressive Alfredo Morelos and Ryan Kent also netted before two late spot-kicks from Borna Barisic and Cedric Itten capped off another thrilling 5-2 win as Gers progressed after a crazy 9-5 aggregate win.

Patterson and the other Covid rule-breakers are still likely to be hammered with a hefty ban from the SFA, but the youngster will be free to fill in for injured skipper James Tavernier in the next round after opening his senior account. 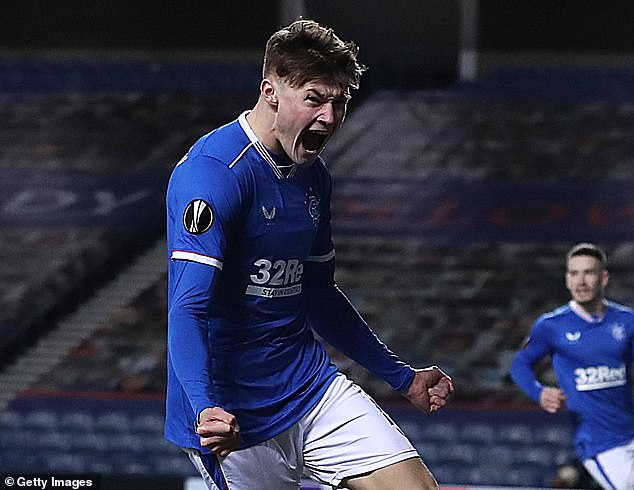 And Gerrard says he is ready to draw a line under the whole affair.

‘Nathan was superb in terms of his football tonight, he came on with the right mentality and brought energy and physicality and obviously scored a wonderful goal,’ said the Ibrox boss.

‘It was the reaction that he needed. He has had a whirlwind week, along with the other two, and we are trying to draw a line under it.

‘They have been punished internally. We hope that they all learn from that moving forward and the quicker we can move on the better.’ 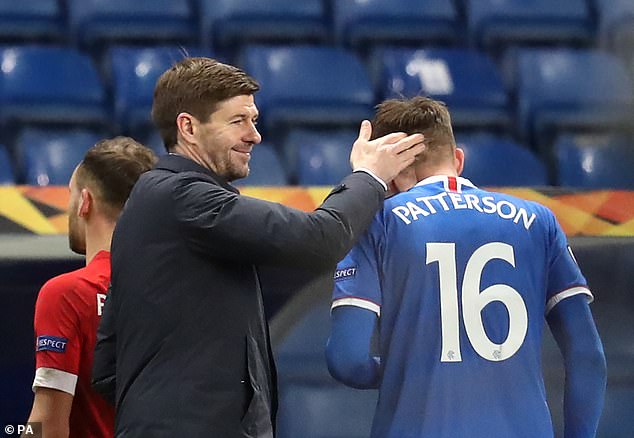 Speaking to BT Sport, Gerrard added: ‘It should be the biggest learning curve of that boy’s career.

‘He’s a fantastic kid and he comes from a lovely family. He needs to understand what the people top to bottom at this football club think of Nathan.

‘He’s got an opportunity and he needs to learn from this and make sure it doesn’t happen again.

‘He’s a wonderful footballer with a big future ahead of him. As someone with four kids myself I want to be someone who gives people a second chance. 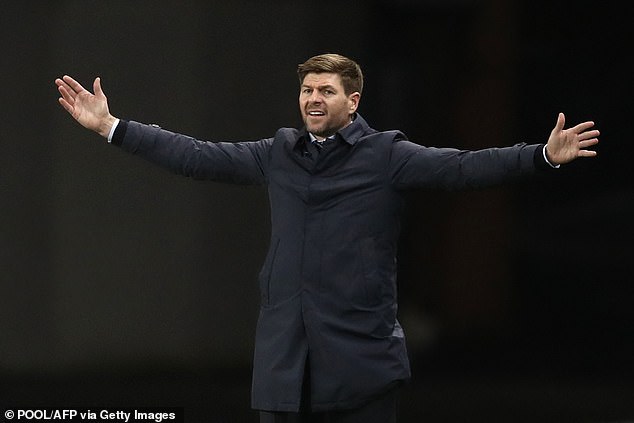 ‘I have made similar mistakes myself. I hope he takes on board what we have said to him this week.’

Gers were hoping for a calmer affair after last week’s frenzied first leg in Flanders.

But Antwerp refused to play ball and twice cut Rangers’ lead with goals from Lior Refaelov and Didier Lamkel Ze.

However, the performance of Morelos – who had a part in four of Gers’ five goals – in particular ensured Rangers marched on. 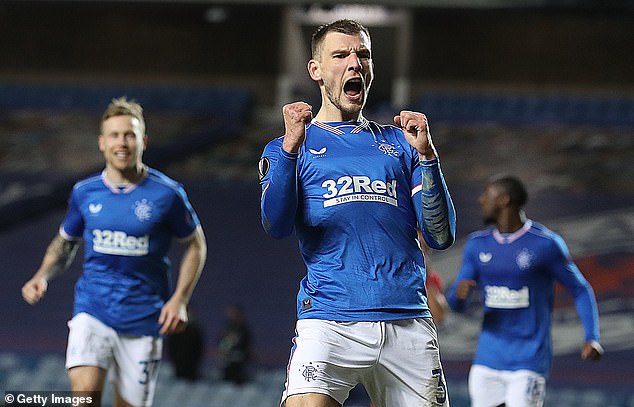 Gerrard said: ‘I thought our first three goals were wonderful, the third one that Ryan scored was a fantastic team goal.

‘I thought Alfredo, it was probably the strongest performance he has put in this season. He was unplayable, strong, held the ball up well for us and was really physical and their defenders couldn’t handle him over the course of the 90 minutes.

‘I thought his performance was sublime. He gave everything that we asked of him.

‘He is really settled off the pitch at the moment with his family, he is really happy and coming into work with a smile on his face.

‘Tonight we certainly got the best out of him and if he can keep performing like that from now until the end of the season, it is going to be a huge season for the club.’

Now Gerrard can look forward to Friday’s draw after seeing his side match last year’s run to the last 16. 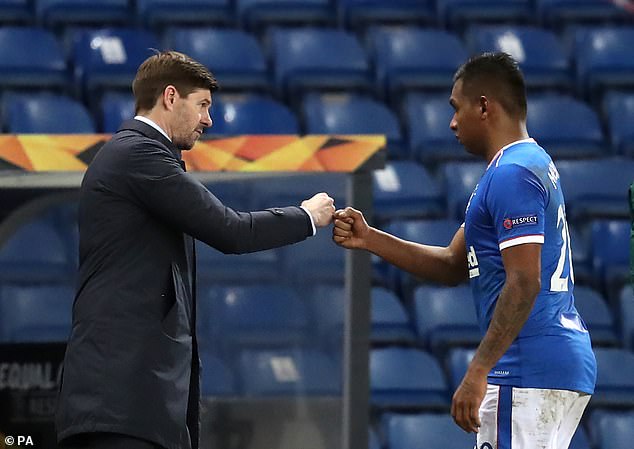 ‘It is not about thinking about how far we can go just now, it is about enjoying tonight and enjoying the performance,’ he said. ‘I am really pleased with the lads, the atmosphere in the dressing room is fantastic.

‘Whoever you come up against in the last 16, it is going to be a big challenge, especially if you get one of those English teams because we would be punching well above our weight for sure.’