Eric Dier has told his Tottenham teammates it is time to step up and get their season back on track.

Spurs have slipped down the table to ninth, nine points off the top four after losing five of their last six league games and also been knocked out of the FA Cup.

Jose Mourinho’s side do have the Carabao Cup final to look forward to and will be in Friday’s Europa League last-16 draw after hammering Wolfsberger 8-1 over two legs in the first knockout round. 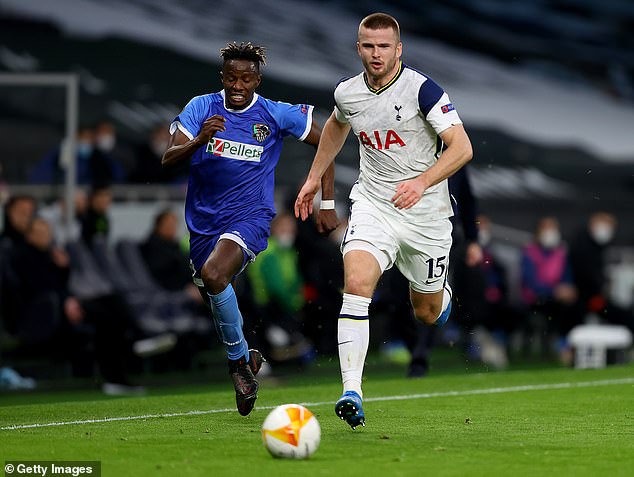 But attention turns back to the Premier League with games against Burnley, Fulham and Crystal Palace coming up in an eight-day period starting on Sunday.

Defender Dier said: ‘It’s no secret we’ve been going through a difficult time and now’s the time that as a group we’ve got to all step up and work together to push through this moment, starting with the result on Wednesday (against Wolfsberger) and taking that into the weekend.

‘The result (against Wolfsberger) is nice, but we know it’s just a small step and we need to find our consistency again, find our level again and everyone is pushing in the right direction to achieve that.’

When asked about his personal confidence, he said: ‘Confidence-wise I don’t feel I have been in a bad place all season. I have gone through periods where I have had low confidence in the past so I know what it feels like. 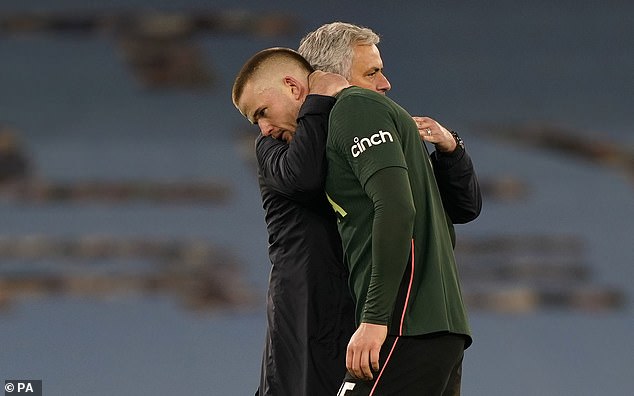 ‘I haven’t felt that this season. Things have been taken out of….the most important thing is the reality and people’s perception versus reality can be different sometimes.

‘I am talking about football in general. We have gone through a difficult moment, but it is important to keep things in context.

‘I have been happy with my level for the majority of the season. There has been a dip in it which correlates with the team in general and the performances in general.

‘I don’t think my confidence has been in a negative place where it has been in previous times.’