The secret to Manchester City’s success? ‘We have a lot of MONEY’, says Pep Guardiola as boss refreshingly admits their £2BILLION spending is the main driver behind 19-game winning streak

Pep Guardiola gave a light-hearted yet simple response when asked what is the reason behind Manchester City’s incredible success, claiming that their fortunes are down to having a ‘lot of money’.

City are on an incredible 19-match winning run in all competitions following their 2-0 victory over Borussia Monchengladbach, and they look set to storm to their third Premier League title in four years while they are also favourites for the Champions League thanks to their astonishing form.

City are also in the Carabao Cup final, looking to win it for a fourth consecutive time, while they have progressed to the FA Cup quarter-finals. 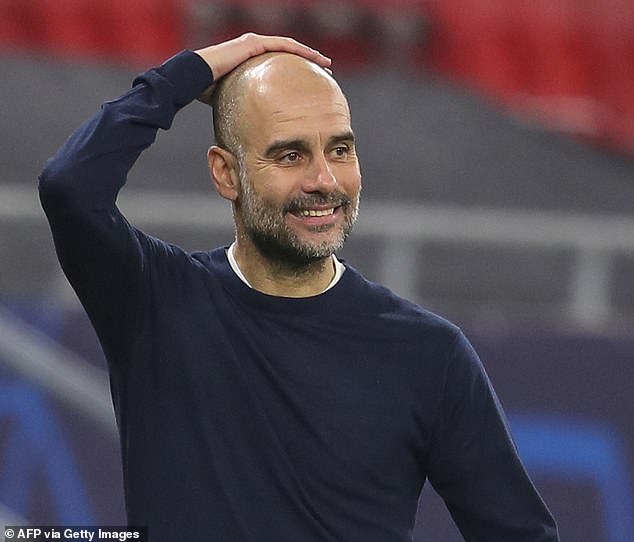 And following the win over Gladbach on Wednesday in the Champions League, Guardiola claimed City’s wealth is behind their great fortunes.

‘We have a lot of money to buy a lot of incredible players,’ Guardiola replied when asked how his team had managed to go on a 19-game winning streak.

‘It is true. Without good quality players, we cannot do it. The humanity of this group… the players are fantastic and have an incredible relationship. They play every game to think just win that game.

‘Today, enjoy the night and then think about West Ham. When people talk about the second leg, the second leg is in three weeks so now the next target is West Ham. That is all I am concerned with.’ 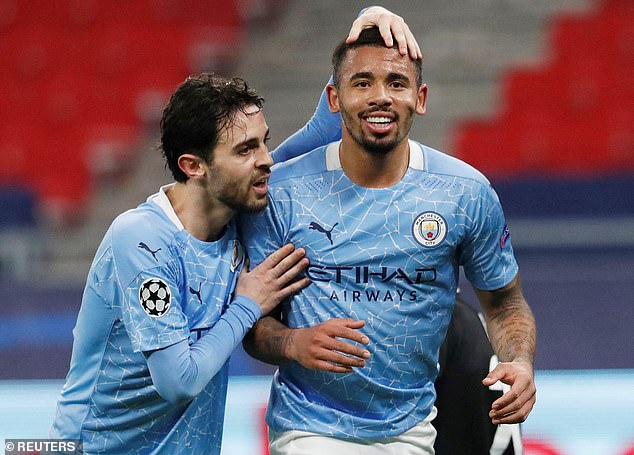 Bernardo Silva and Gabriel Jesus, both on the scoresheet against Borussia Monchengladbach, have both been brought for big money since Guardiola arrived at City 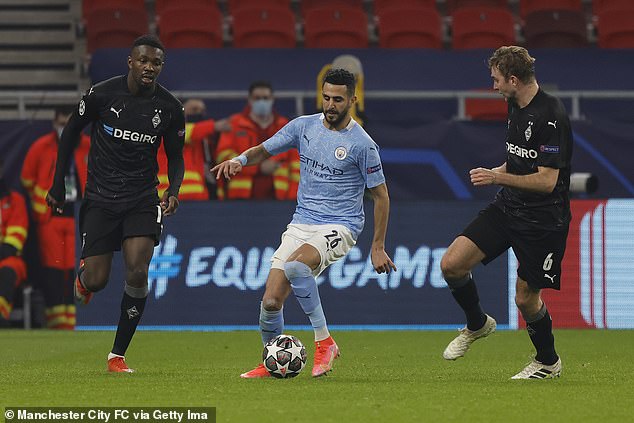 Over the past 20 years, City have spent almost an eye-watering £2billion on the world’s best players with billionaire Sheikh Mansour playing a huge part after buying the club in 2008.

And since Guardiola joined as manager in 2016, City have forked out over £500m – signing the likes of Riyad Mahrez, Bernardo Silva, Leroy Sane and Gabriel Jesus to boost their already star-studded attack.

But it is in defence where City have specifically spent big, with Ruben Dias the latest big-money signing arriving at the club in a £64m deal.

Dias, along with the likes of Kyle Walker, Aymeric Laporte, Joao Cancelo, Nathan Ake, Benjamin Mendy and John Stones, have been brought in recently. 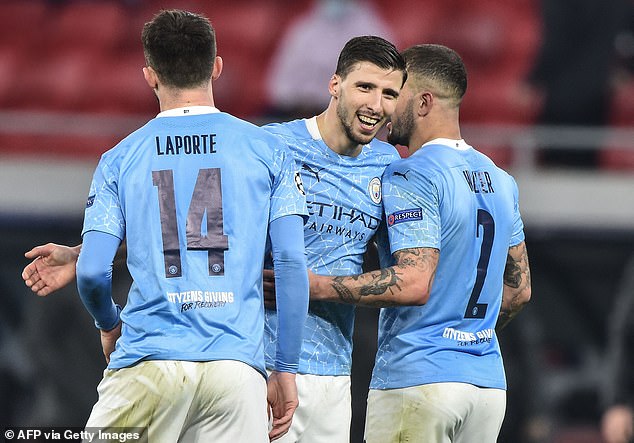 Ruben Dias, City’s most recent defensive arrival, was signed for a huge £64million

And despite the financial effects of the coronavirus pandemic, City’s ease at spending big doesn’t appear to be coming to an end anytime soon as they look to continue their dominance in England and finally end their European hoodoo.

City have a huge 10-point lead at the top of the Premier League with just 13 matches remaining while they will also be eyeing a Carabao Cup final triumph against Tottenham in April.

The Etihad outfit also have one foot in the Champions League quarter-finals following their 2-0 away win over Gladbach on Wednesday.

And City will be quietly confident of finally going all the way in Europe this season after falling agonisingly short in years gone by, with Bayern Munich struggling to find their best form while Barcelona and Real Madrid are not the same animal they once were.

Europa League last-16 draw: When is it? How does it work? Fixtures, key dates and how to watch