A parting of the ways between Neil Lennon and Celtic was the right decision reached four months too late.

Lennon’s departure from Parkhead was inevitable and unavoidable. A season when so much was expected has become one of unmitigated disaster.

Laying the blame for the demise at the door of one man releases the likes of Dermot Desmond, Peter Lawwell, Nicky Hammond and others from the hook. From a position of dominance, bad decisions have outnumbered the good. Yet, in football, the buck for any team’s failure usually stops with one man. The manager. 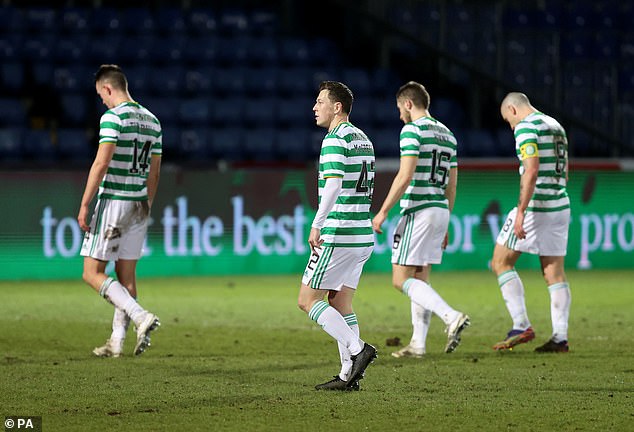 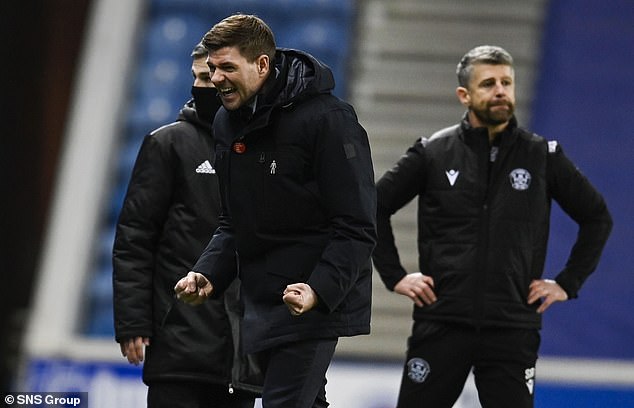 The warning signs were there early in the season. A Champions League exit to Ferencvaros ended in Lennon publicly rebuking a group of wantaway players and planted the first seed of doubt. A home league defeat to Rangers came with mitigating circumstances caused by Covid-19 but the team Lennon put out failed to muster a shot on target.

A 4-1 home defeat to a shadow Sparta Prague team in the Europa League prompted serious rumblings and was swiftly followed by a repeat result in the Czech capital. By the time Celtic crashed out of the Betfred Cup at home to Ross County in November the case for change was made loudly by supporters as police escorted players and management away from the stadium.

The lack of an obvious alternative to take over until the end of the season was Lennon’s saving grace. While fans argued that Jacob Rees Mogg could have done a better job of coaching Celtic, an under-siege manager pointed to mitigating factors.

A lack of fans seemed to unease Celtic more than most. Three players – Odsonne Edouard, Olivier Ntcham and Kristoffer Ajer – wanted to leave last summer and with fans desperate for ‘the ten’ unhappy players felt like the lesser of two evils. 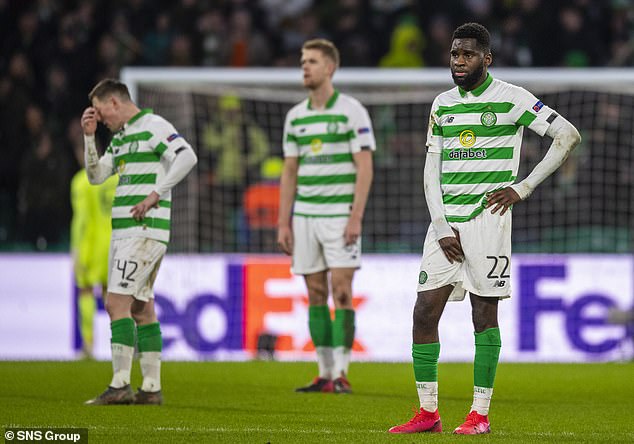 Covid-19 has been another source of unrest. From the folly of Boli Bolingoli, to the loss of four players for the first Old Firm game, to a decision to fly to Dubai at the beginning of January, the season has felt cursed by misjudgements.

A self inflicted wound, Dubai led to 13 players being quarantined before damaging draws with Hibernian and Livingston (twice). In an angry press conference, Lennon effectively undid the apology of chief executive Peter Lawwell. By the end no one really knew whether Celtic were sorry or not.

Over two spells, Lennon can point to an impressive win rate of 70.6 per cent – second only to Martin O’Neill in the club’s history. The win rate during the second spell was actually higher than it was in his first.

Managers who win five trophies in two years are usually draped in garlands rather than escorted off the premises.

The difference second time around was the improvement of Rangers under Steven Gerrard. While the Ibrox side spent the last 12 months progressing, Lennon’s Celtic spent this season taking one step forward and two steps back.

‘The defeat at Ross County was clearly the last straw,’ said former Celtic striker Andy Walker. ‘I didn’t see an improvement in any of the players.

‘I don’t see any improvement on the level of performance from some of the players.

‘I don’t think a number of players were with Neil Lennon entirely this season. And I think it’s been reflected in results.

‘When the dust has settled Neil Lennon will be remembered as a terrific Celtic player and a successful Celtic manager. But, I think when you go and get someone like Brendan Rodgers, who has a proven track record of improving players, playing good football and enjoying a bit of success, I think the least the Celtic supporters expect is for you to identify someone in that category, someone with that identikit, to continue that good level of performance.

‘I think the biggest criticism that you can level at Neil Lennon is just show me one player that has improved in the last 12 months under Neil Lennon? I don’t think I could find you one.’ 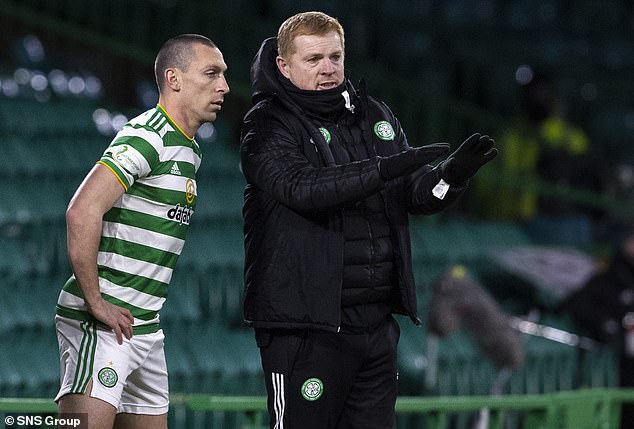 This season Celtic have paid a heavy price for years of stagnation. When chief executive Peter Lawwell retires this summer, Dominic McKay will move from the SRU to oversee a huge overhaul of the club’s operations.

The aim is to create a modern, data-led footballing operation and that process began last year with the appointment of outside consultants to review best practice in some key areas of modern football.

Technology and data analysis were identified as areas in need of upgrading to increase the chances of competing in Europe, selling players for big money and improving the club’s academy system.

A new sporting director will also be recruited to revamp scouting, youth development and set an ethos and identity for the club. No one knows, any more, what kind of club Celtic want to be.

If the goal is to be a modern progressive, Champions League club then the player recruitment of recent seasons has to improve. 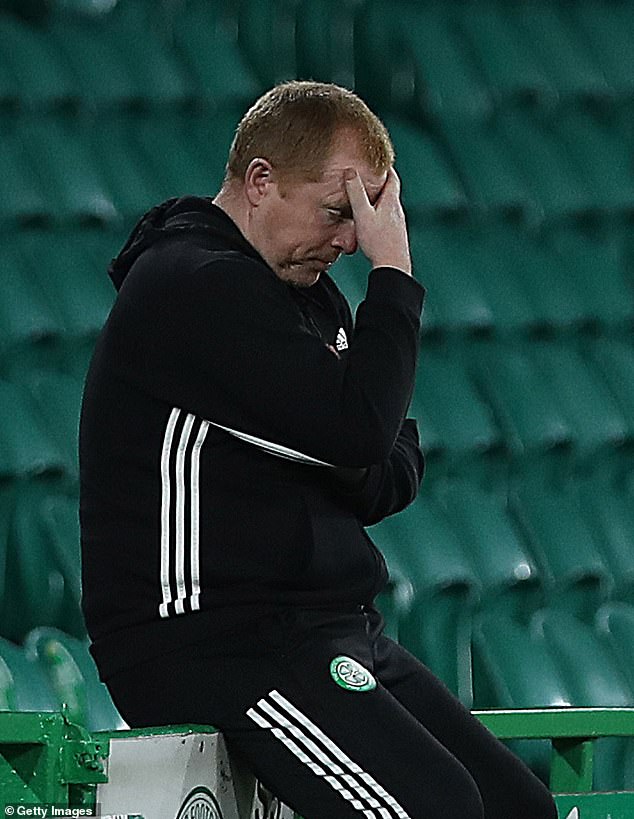 Vasilis Barkas, a £5million Greek international, was a strange gamble when Scotland No 1 David Marshall – a Glaswegian Celtic supporter – was available for a tenth of the price. Albian Ajeti seemed a reluctant conscript and hasn’t looked comfortable in his surroundings since signing from West Ham.

David Turnbull’s emergence provided a rare shaft of light, but came too late to make a difference to the season. The return for expensive loan deals for Shane Duffy and Diego Laxalt was one of the worst defensive records in the Europa League and some Keystone Cops defending of set-pieces.

A staggering 43 per cent of the goals lost by Celtic this season came from free kicks and corners and Lennon’s inability to fix the problem – or explain it – convinced supporters his time was up.

Attention will turn now to finding an accomplished coach capable of drawing more from a group of players less than the sum of its parts. 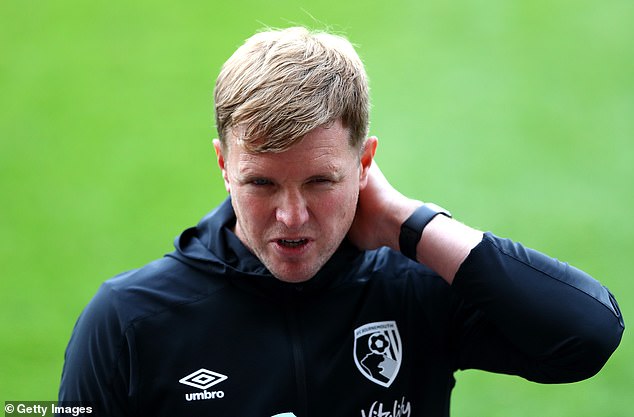 Steve Clarke has shown himself to be as astute coach with Kilmarnock and Scotland.

‘I think right at this present moment in time he would be a very good candidate for Celtic,’ says former Chelsea team-mate Eddie Newton, ‘very good.’

Dissatisfied with some aspects of international management Clarke is likely to leave the Scotland job after the Euro finals and, while the financial and footballing aspect of Celtic could appeal, returning to live in the west of Scotland – with its sectarian baggage – might appeal a good deal less.

Frank Lampard can be discounted as a serious possibility, Roberto Martinez is likely to have options in Spain, Rafa Benitez wants to return to England.. Former Huddersfield and Schalke coach David Wagner is interested, while Roy Keane remains an intriguing option known to Dermot Desmond.

The next manager of Celtic, whoever he may be, will be expected to improve on a season of trouble and turmoil. The suspicion is it won’t be hard.