After the Serie A side took to social media to confirm the tragic news after he died of a tumour that had attacked the liver, Manchester United wonderkid Amad Diallo also paid tribute to his former Atalanta youth team-mate.

Atalanta wrote of their 21-year-old: ‘We share with deep emotion the pain of family members for the untimely death of Willy Braciano Ta Bi.

‘Italian Spring Champion in 2019, he saw his dream come to an end too soon… Hi Willy, rest in peace.’

In recent months, Ta Bi had returned to his homeland in Ivory Coast before his tragic death at just 21 years of age.

The youngster, who had played for Ivory Coast at youth level, had not featured competitively for Atalanta since June 14, 2019 after he was diagnosed with cancer.

The Serie A side, who face Real Madrid at the last-16 of the Champions League on Wednesday evening, also issued a further statement following his passing. 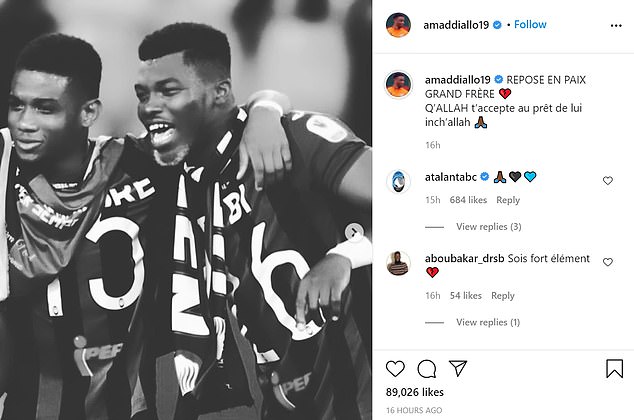 ‘President Antonio Percassi and the whole Atalanta family are deeply saddened by the untimely death of Willy Braciano Ta Bi,’ the club wrote.

‘A cruel destiny interrupted a dream that began with the Nerazzurri shirt in January 2019 too soon.

‘He only needed a few months to carve out a leading role in the Primavera and help bring the Scudetto back to Bergamo, but above all to leave a great memory.’

The midfielder moved to Atalanta from ASEC Mimosa – the most successful club in Ivory Coast – in 2019 and helped the youth team achieve Primavera 1 glory in the same year.

Ta Bi captained the Ivory Coast at youth level and represented his country at the Francophone Games in 2017. 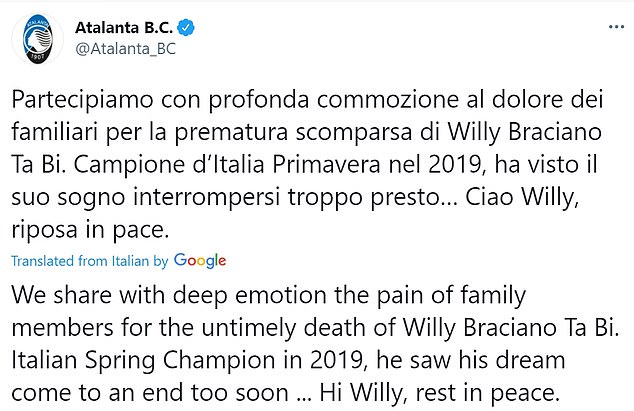 Atalanta confirmed the news on Tuesday, writing ‘he saw his dream come to an end too soon’

Celtic: Six months of Neil Lennon in his own words after his departure