Liverpool ‘line up sensational swoop for £56m-rated Sevilla winger Lucas Ocampos this summer’, with Takumi Minamino to be used in cash-plus-player deal to land the Argentina star

Liverpool are reportedly planning an ambitious move for Sevilla star Lucas Ocampos as Jurgen Klopp looks to refresh his squad this summer.

According to Spanish newspaper La Razon, the Reds have identified the Argentina winger as the man to add pace and quality to their faltering attack.

Ocampos is said to have a £56million release clause in his contract with the La Liga side, which could prevent a straight cash move.

However, the report claims that Liverpool are willing to include Takumi Minamino as part of the deal to bring Ocampos to Anfield.

The Japan international joined Southampton on loan in January after struggling for minutes under Klopp and has impressed so far, scoring twice in three appearances.

Sevilla are interested in Minamino, although Liverpool will still have to stump up a significant amount of money to meet their valuation of Ocampos 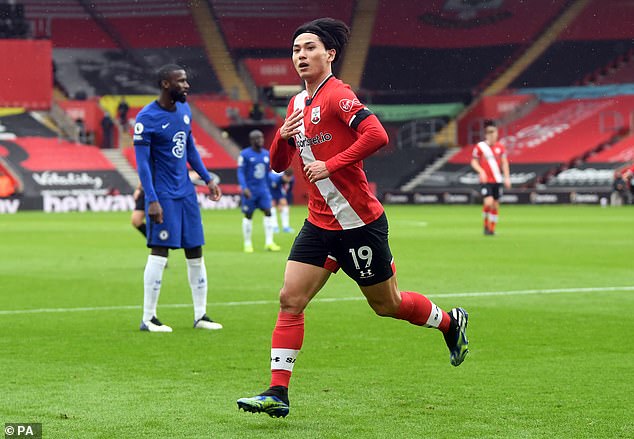 The Reds could use Takumi Minamino, who is on loan at Southampton, as part of the deal

The 26-year-old has impressed this term, scoring seven goals and providing four assists in 31 appearances across all competitions for Julen Lopetegui’s side.

It is claimed that Sevilla need to make a ‘big sale’ this summer because of financial reasons, with Ocampos among their most saleable assets.

Star defender Jules Kounde, who has attracted interest from Manchester United, is another player who could depart for the right price. 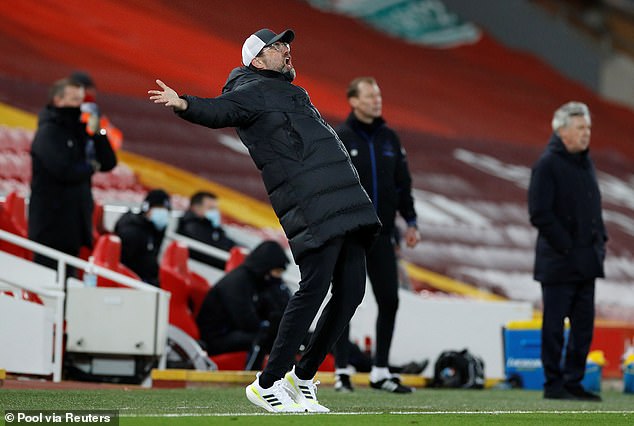 Ocampos is likely to be interested in a move to the Premier League, having also spent time playing in Argentina, France and Italy during his career so far.

Real Madrid have also been linked with a move for the former Monaco winger, while Chelsea previously showed interest when he was breaking through at River Plate.

Klopp is said to be keen on adding a new attacker when the transfer window opens, with Sadio Mane and Roberto Firmino both struggling for form this season.