Juventus are planning to extend Alvaro Morata’s loan deal from Atletico Madrid for another year at the end of the season because they cannot afford the pre-agreed permanent transfer, according to reports.

The Spanish forward re-joined the Serie A champions on a season-long loan last summer and is seen as a key part of the side by boss Andrea Pirlo having scored 13 goals and assisted a further seven in 28 appearances across all competitions this term.

Juventus have the option to sign the 28-year-old for around £41million at the end of the season as part of their deal with the Spanish side, which would see them pay £9.2m for each season he is at the Allianz Stadium. 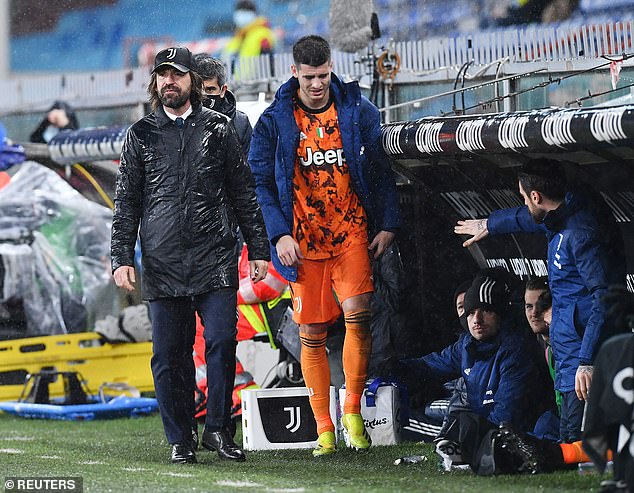 The forward, 28, is seen as a key member of the side by Juventus boss Andrea Pirlo (left)

But according to Goal, the damaging impact of the coronavirus pandemic on Juventus’ financial accounts means they will instead push for another loan deal, and are willing to pay an £8.6m (€10m) fee for that to take place.

The report adds that Juventus plan on starting talks with Atletico in the next few months, with their Spanish counterparts well aware of their intentions.

Reports last year suggested that should the Italian outfit sign him on a permanent contract after a second season on loan, the fee they would owe LaLiga leaders Atletico would be cut to £32m. 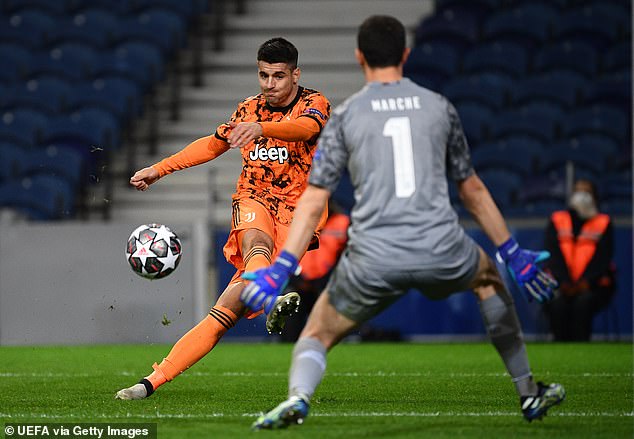 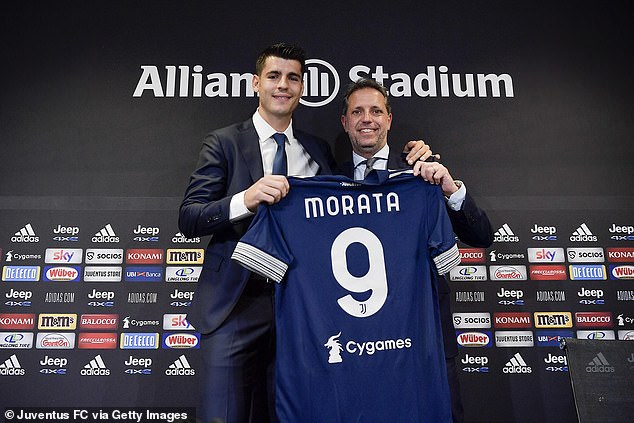 The club will therefore look to push through another loan deal and pay a £8.6m fee

Speaking in December, Morata’s agent Juanma Lopez said his client has always felt wanted by the club and hailed his ‘great understanding’ with chairman Andrea Agnelli, adding that he believed the club would make the deal permanent this summer.

‘Both Andrea Agnelli and Fabio Paratici were crucial,’ he told the Gianluca Di Marzio website. ‘They called him and spoke several times.

‘So I have to say that the Juve director has had a great impact on Alvaro’s professional career because already in 2014 he pushed a lot to bring him to Juve. 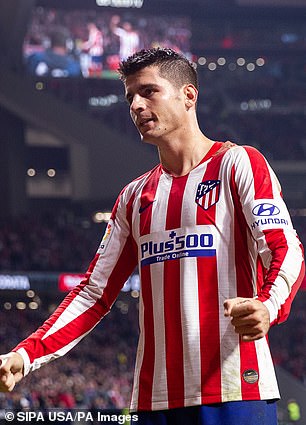 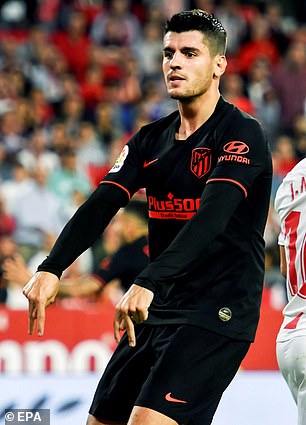 ‘Other Italian teams that have tried to take Morata? Milan and Naples. At the end of the season they will buy him from Atletico, I’m sure.’

Morata was at for Juventus for two seasons from 2014-15 to 2015-16 and proved to be an important player under Massimilliano Allegri, but his boyhood side Real Madrid exercised their buy-back clause to bring him back to the Bernabeu.

He has since played for Chelsea before joining Real’s bitter rivals Atletico on loan initially in 2019 before sealing a permanent move to the Wanda Metropolitano.

Thierry Henry: Arsenal legend won it all but his coaching career has been far from smooth