Marseille 3-2 Nice: Nasser Larguet finally gets hosts back to winning ways in Ligue 1

Marseille 3-2 Nice: Nasser Larguet finally gets hosts back to winning ways after Andre Villas-Boas fallout as they secure bragging rights in the Mediterranean derby

Marseille have registered their first win in eight Ligue 1 games after beating rivals Nice 3-1 in Mediterranean derby at the Stade Velodrome on Wednesday.

Centre back Alvaro got the hosts off to the perfect start by breaking the deadlock after 14 minutes before Saif-Eddine Khaoui doubled their advantage just before the break.

It didn’t take long for Nice to responded following the interval, with Amine Gouiri pulling a goal back for the visitors just two minutes into the second half.

Marseille had to hold on, though, as debutant Malik Sellouki scored a second for the visitors and make it a nervy few final minutes in the south of France.

Nice then came to within inches of scoring a dramatic equaliser with the last kick of the game but the inside of the post came to Marseille’s rescue to see it end 3-2. 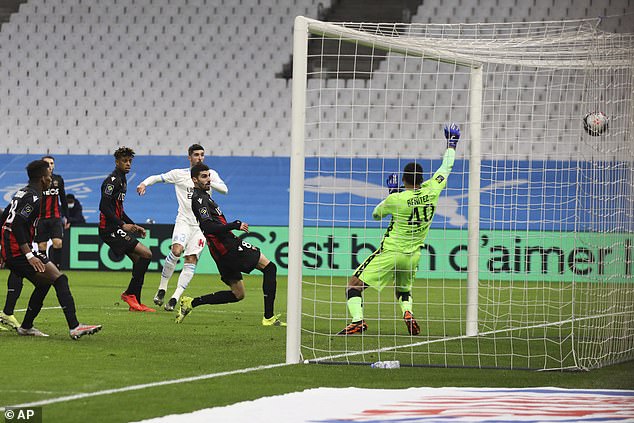 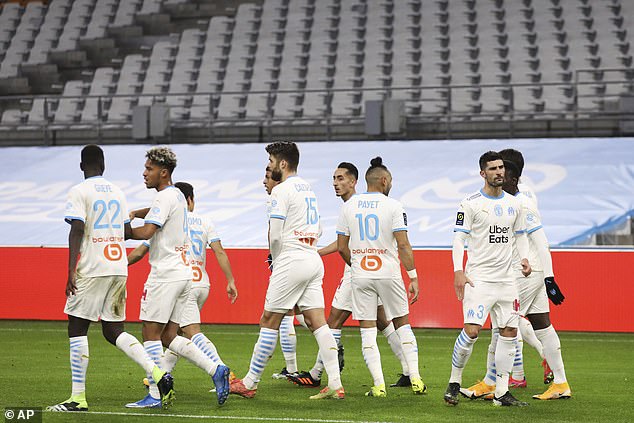