Dean Holden’s spell as Bristol City boss ended with a sixth successive defeat as Reading’s Veljko Paunovic was left to savour a 2-0 win.

Holden did not conduct his normal post-match interview after Lucas Joao and Michael Morrison fired Reading to victory, and a statement from the club then confirmed his departure.

Holden was under pressure before kick-off following Saturday’s 6-0 defeat at Watford. Owner Steve Lansdown had made it clear a rapid transformation in form was necessary if changes at the top were to be avoided.

Holden stepped up from assistant to be made caretaker boss when Lee Johnson was sacked last season and was confirmed as head coach during the summer.

Coaches Paul Simpson and Keith Downing will be put in caretaker charge ahead of Saturday’s home game with Barnsley.

The club statement read: ‘Dean Holden has been relieved of his duties with immediate effect.

‘Following a sixth successive defeat, the Bristol City board have decided that a change of head coach is necessary.

‘The club would like to thank Dean for his service to the club over the years and we wish him well for the future.

‘There will be no further comment at this stage.’ 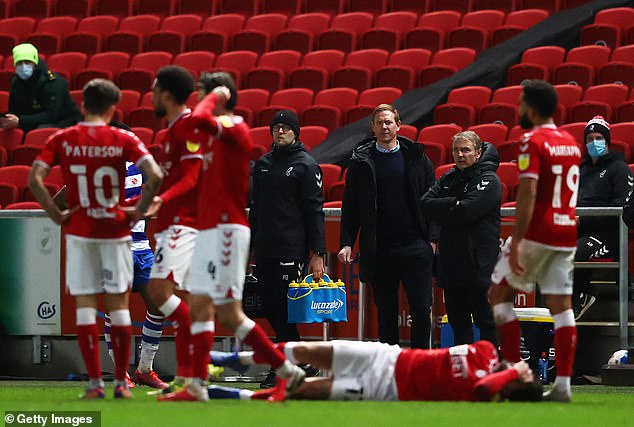 Paunovic congratulated Joao on reaching 20 goals for the season with a clinical first-half strike.

The prolific marksman fired his side ahead on 42 minutes, shooting home from Michael Elise’s right-wing free-kick.

Centre back Michael Morrison added the second just before the break, exchanging passes with Joao before forcing the ball in from close range.

Paunovic said: ‘It is great for Lucas Joao to achieve the important 20-goal landmark with so many games to go and I am sure there are many more to come.

‘He has so much going for him in terms of ability and confidence. But it is the team who make him special and every player contributed tonight to a tremendous performance. 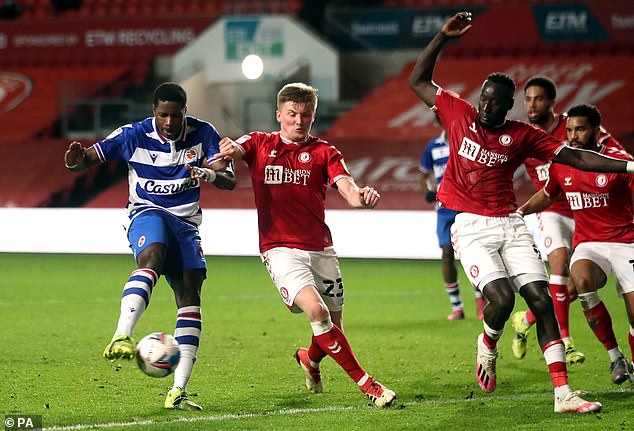 ‘It was important we bounced back quickly after two defeats and the players showed a lot of character to get us back on track.

‘We knew we were facing a team going through a difficult period so it was sure to be a tough game. But we handled that brilliantly and scored two beautiful goals.

‘Morrison’s was my favourite of the season. He is so brave getting forward and once he spotted a gap his determination took him through to score.

‘Overall, I was delighted with the performance and result.’