Real Madrid boss Zinedine Zidane says he still has a top team despite a difficult campaign and believes he retains the support of the club but could not give any guarantees he would remain in charge until next year.

Zidane had a fiery exchange with reporters ahead of last Saturday’s 2-1 win at Huesca, in which he demanded more respect for himself and his team and challenged reporters to ‘tell me to my face if you think I should go’.

He was more composed in Monday’s news conference ahead of Real’s home match against Getafe but did not want to discuss whether he would remain until his contract ends in June 2022. 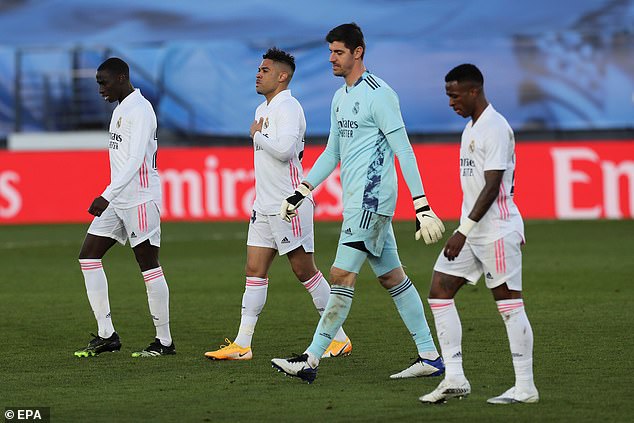 ‘We’ll see about that, the most important thing is how we work each day, that’s what I’m concerned with,’ Zidane said.

‘We can’t change what has happened but all I can say is those who are still at the club deserve to be able to work in peace. People can say whatever they want about us, but we’ll keep believing in ourselves.’

Zidane walked out on Real in May 2018 days after winning a third consecutive Champions League crown, only to return as coach the following March after successors Julen Lopetegui and Santiago Solari were sacked.

But he ruled out resigning a second time and said he had the backing of the club hierarchy, who have been trigger happy with coaches in the past but have never sacked Zidane. 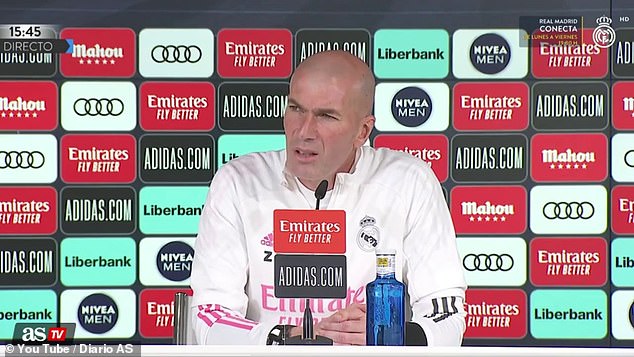 The Frenchman has been under pressure in recent weeks, which saw Zidane tear into reporters in a fiery press conference last Friday after they questioned his future

Real, who romped to the Spanish title last season, are third in the standings. They are seven points behind leaders Atletico Madrid, who have two games in hand.

‘Why would I leave something I enjoy doing? We are going through a difficult moment right now, that’s how life is, and we know that Real Madrid is a huge club where you always have to compete and where there will always be changes,’ Zidane added.

‘We’re all in the same boat and I feel supported. When times are tough you have to try and turn things around. I know I have a fantastic team and nothing is going to impede us from continuing to work hard.’