By Chris Wheeler for the Football Frenzied Republishing

The most interesting aspect of Ole Gunnar Solskjaer’s comments about Mason Greenwood before this game was that they were largely unprompted.

Asked a gentle question about Greenwood’s goal and assist in Sunday’s FA Cup win over Liverpool here, it was Solskjaer who chose to mention that progress will not happen on its own and that Greenwood did not kick on as hoped after his previous goal at West Ham in early December.

It was Solskjaer too who raised the issue of ‘second season syndrome’ with only mild encouragement.

There is no doubt that United have great expectations for Greenwood. Equally, it’s clear that the club accept he will need guidance and persuasion, as any teenager in his position would.

For now, he remains the best option on the right side of Solskjaer’s attack among those used there this season although United haven’t spent more than £45million on Amad Diallo and Facundo Pellistri, two teenage right wingers, just to make up the numbers.

United will want to see improvement and so far he has struggled to hit the heights of his 17-goal breakthrough season at Old Trafford.

Sunday was a step in the right direction and earned him a third start in a row against Sheffield United on Thursday night. It is Greenwood’s longest run in the team this season aside from a four-game sequence in December. 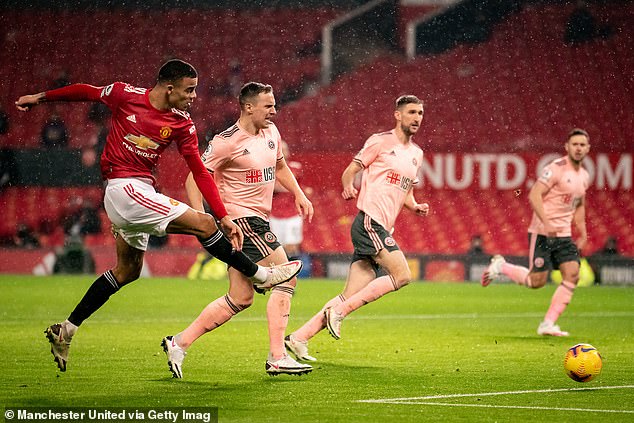 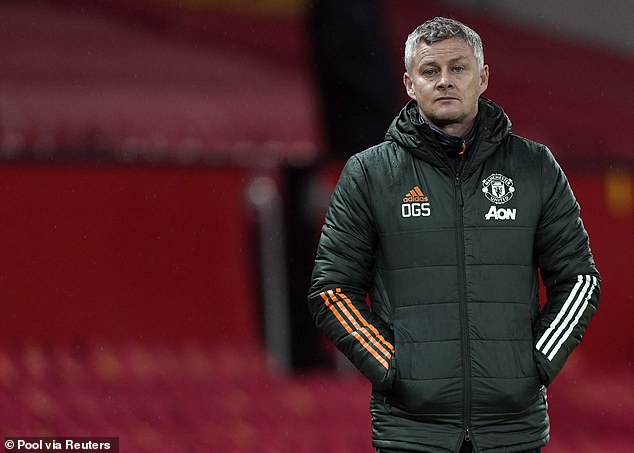 There was no lack of effort from the 19-year-old who has learned to track back and has made more tackles in the defensive third at the halfway point this term than the whole of last season.

He showed his pace and strength to burst between Phil Jagielka and Ethan Ampadu to reach Bruno Fernandes’s throughball in the 17th minute but ran out space and ideas.

When Fernandes slipped him again through shortly after half-time, for once Greenwood’s finish let him down as he dragged his shot well wide.

There were a few more bright moments, notably in the first half when he engineered the space for a 25-yard shot straight at Aaron Ramsdale. 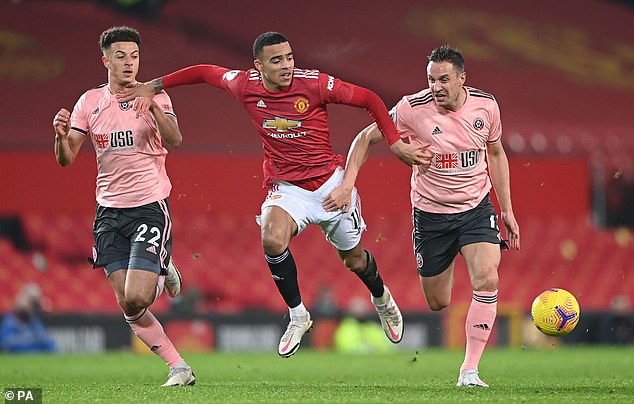 Greenwood was not afraid to go looking for the ball from his teammates, switching flanks with Marcus Rashford on a couple of occasions.

But when Solskjaer decided to make his first change shortly after Harry Maguire had equalised and he sent on Edinson Cavani, it was Greenwood’s No 11 that went up.

He wasn’t the only United attacker to look a little flat by any means. Greenwood remains a work in progress and, as his manager says, that will require continued effort.