Former Crystal Palace midfielder Max Meyer has completed a return to the Bundesliga, signing with Cologne.

The German saw his contract at Selhurst Park torn up earlier this month after failing to earn regular first-team football under Roy Hodgson.

The Eagles were also keen to get his huge £170,000-a-week wages off of their books with Hodgson wanting to invest in other areas of the squad.

But Meyer is now back in his native Germany, signing with Cologne on a short-term contract until the end of the season.

He is back in the Bundesliga after a two-and-a-half year absence, having previously been one of the hottest prospects in European football at Schalke.

‘The decisive thing for me was to be able to play,’ Meyer said after completing his move.

‘I want to take my chance to show myself at a top level and help the club to stay up.’

Meyer has been handed the No 13 shirt by the Billy Goats. Cologne are 16th in the Bundesliga, five points clear of the automatic relegation places.

Meyer, who has played four times for Germany, was signed in August 2018 and at the time was seen as a massive coup. 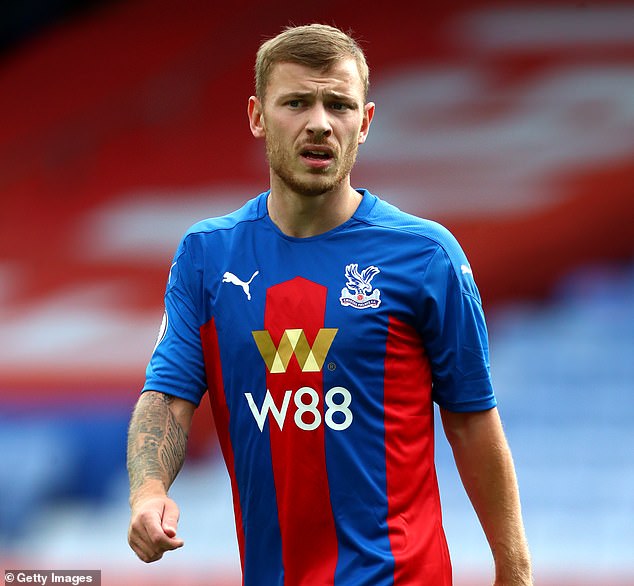 But he was unable to work his way into Hodgson’s plans – playing just once this season in an EFL Cup game against Bournemouth in September.

He had six months left on his contract, but the termination of it benefited both parties, with Meyer wanting to leave in order to get first-team football. Meyer played 56 times for the Eagles, scoring just twice.

Speaking in a press conference before Meyer left the club, Hodgson said: ‘Max has been the perfect professional, done all his work and hardly missed a day of training.

‘He wants to play and needs to play. It is pretty obvious at the moment with the competition for places we have got here and the players I have been using, he has been marginalised.

‘I wouldn’t be surprised if Max is knocking on the door to move on and if that is the case, I might have to reluctantly agree he has not been given the chances here to show what he could do, so if there is someone else that would give him that it would have to be considered.’

Romelu Lukaku vs Zlatan Ibrahimovic: The fight to be ‘King of Milan’ drove them to fall-out