Real Madrid ‘will step up their mission to sign Kylian Mbappe from Paris Saint-Germain’ after the France star spoke candidly about his future.

However, the Bernabeu giants could find themselves constrained by costly stadium redevelopment plans and a sharp fall in revenue amid the Covid-19 pandemic, meaning players will need to be sold to afford Mbappe.

After PSG’s 4-0 league win over Montpellier on Friday night, Mbappe, whose contract expires in the summer of 2022, spoke for the first time in public about his future since sporting director Leonardo opened negotiations over a new deal with his representatives. 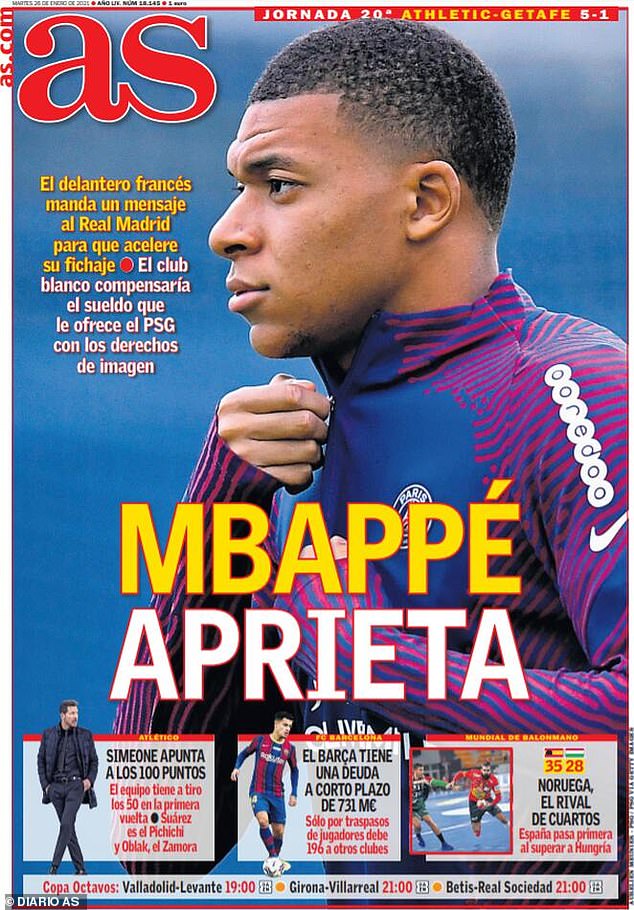 ‘We’re currently negotiating with the club and I am spending considerable time reflecting on many things,’ Mbappe said.

‘If I renew with PSG, then it would be to stay here for some considerable time. I plan to make a definitive decision soon, but if I renew, then it will be to stick around.’

According to Spanish newspaper AS, Real have interpreted these comments as a message from Mbappe to offer him a better deal than PSG are offering and a signal to accelerate their plans to sign him.

But they report that Real will be hindered in their pursuit of the 22-year-old by two factors.

The club took out a £500million loan to cover the cost of renovating the Bernabeu, which they must start paying back next year. 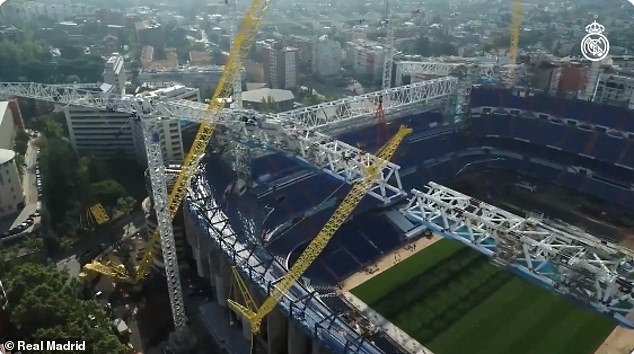 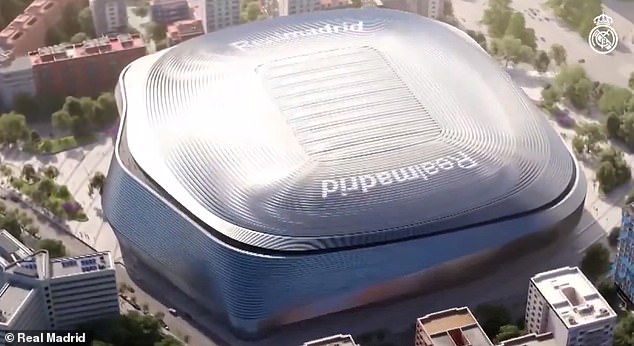 Real have already received an £89m portion of that loan and are due to get a further £240m in June. Another £178m will come their way in June 2022, with each instalment adding to the club’s debt.

This comes against the backdrop of their finances taking a battering by matches being played behind closed doors amid the pandemic.

Real have already seen their revenue take a £550m hit and they could lose another £89m if their squad don’t agree to a reduction of their salaries.

While the club still reportedly have a £180m war chest for squad reinforcements, which would cover the cost of Mbappe’s transfer fee, they would still need to sell players in order to balance the books. 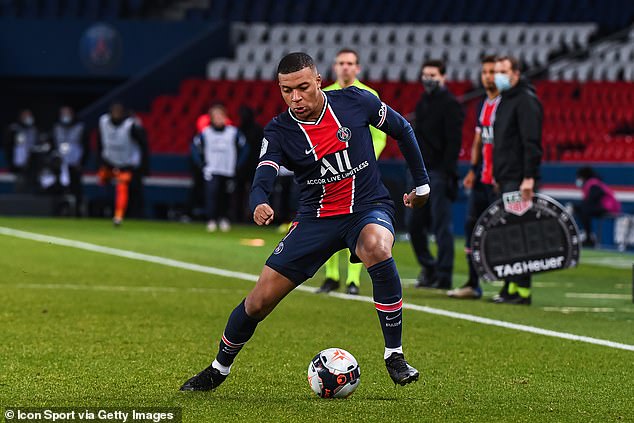 His wages would also present an issue with Real’s offer likely to come in under PSG’s.

The French champions propose to pay Mbappe the same as Neymar under his new contract, which amounts to £32m per year after tax. Real could only cover something like his present salary of £18.7m.

AS say one way around this could be to offer Mbappe a larger share of his image rights than the 50-50 split between player and club they usually propose.

Mbappe continues to score freely for PSG this season, with 16 goals so far in all competitions for Mauricio Pochettino’s side.