Borussia Dortmund ‘face a FLASH SALE’ with Sancho, Reyna and Guerreiro on the market but not Haaland

Borussia Dortmund ‘face a FLASH SALE of their star players’ if slump continues and they fail to qualify for Europe… with Jadon Sancho, Gio Reyna and Raphael Guerreiro on the market – but they still DON’T want to let Erling Haaland go

Borussia Dortmund face a potential flash sale of star players in the summer should the German club fail to qualify for the Champions League or worse European football altogether, according to reports.

Edin Terzic’s side are currently on a poor run of form and are seventh in the Bundesliga having not won in their last three league games, the last of which was a 4-2 defeat at Borussia Monchengladbach on Friday.

Dortmund risk missing out on a windfall of money should they not qualify for Europe and in the midst of a pandemic would have to raise funds by selling players such as Jadon Sancho, Gio Reyna and Raphael Guerreiro according to Bild, but the club are not entertaining the idea of selling Erling Haaland. 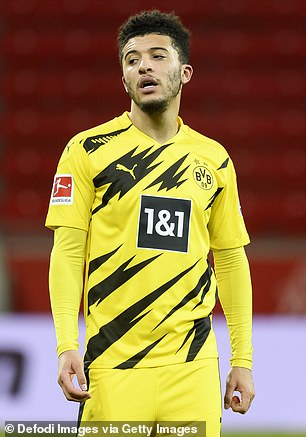 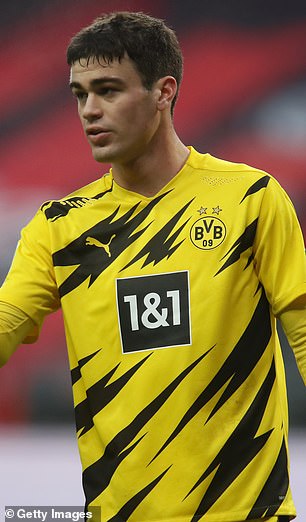 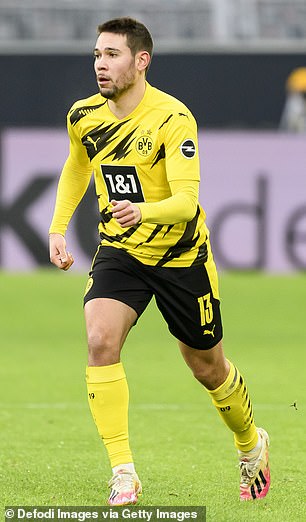 The report details that Dortmund could lose at least £26.6m (€30m) if they fail to qualify for the Champions League – they are currently three points off the top-four.

It is clear to Dortmund CEO Hans-Joachim Watzke that the club cannot fall into mass debt, in which case a lack of incoming funds would have to be compensated by the sale of star assets.

England international Sancho, who moved to Germany from Manchester City in 2017 for a lowly £8m, is top of that list.

The club’s top scorer in the last two seasons, the 20-year-old was heavily linked with a big-money move to Manchester United last summer, yet the Premier League club refused to meet Dortmund’s £108m asking price. 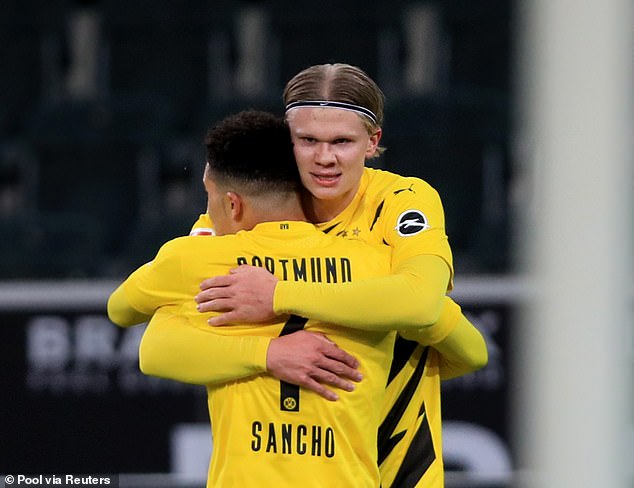 With a market value of £88.5m (€100m), Dortmund would want a figure in that ballpark to sell and it is unclear at this point whether United would be prepared to cough up that sort of money.

Elsewhere, Dortmund could be forced into letting go 18-year-old attacking midfielder Reyna and left back Guerreiro if even Europa League football is not achieved – which would result in a £3.1m (€3.5m) loss per home game alone.

However, the report adds that club sporting director Michael Zorc is not ascertaining the concept of selling star striker Haaland – at all costs – with the 20-year-old a key part of Dortmund’s long-term vision to haul in the dominant Bayern Munich.

Haaland, who signed for £17.7m (€20m) last January from RB Salzburg, has scored an incredible 37 goals in as many appearances for Dortmund in all competitions.

The Norwegian scored twice during the defeat at Gladbach on Friday, with Dortmund slipping 13 points behind leaders Bayern.

As they look to get back to winning ways, Dortmund host mid-table Augsburg in their next game on Saturday.