Each time I look in the mirror I see a scar above my left eye that makes me smile. It was the consequence of one of my best days, a reminder of the enormity of an occasion.

Nemanja Vidic gave it to me at Anfield in February 2006, during a fifth round FA Cup tie between Liverpool and Manchester United.

He missed the ball and headed me, just before half-time, and I needed quite a bit of treatment.

Thank goodness he never got anywhere near me in the 18th minute.

That was the moment I fully came to appreciate the power of this particular fixture when I scored a goal that fans, to this day, want to talk about to me.

There isn’t a bigger fixture than Liverpool against Manchester United. I saw Jurgen Klopp say last week that he would watch these teams play each other wherever he was in the world and that gives you a sense of what it is like to be involved in.

It’s such a shame that Old Trafford will be empty on Sunday because this tie means everything. I know because I’ve never played in an atmosphere quite as ferocious as that one 15 years ago; I saw my goal again a few days ago on the BBC and the noise that followed it still gives me goosebumps. 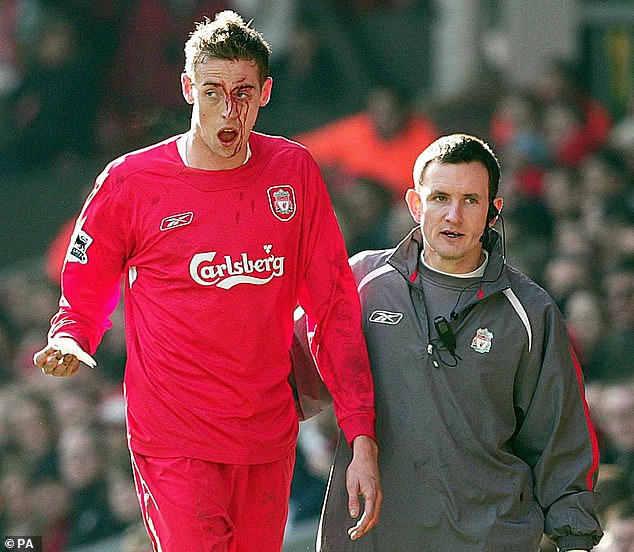 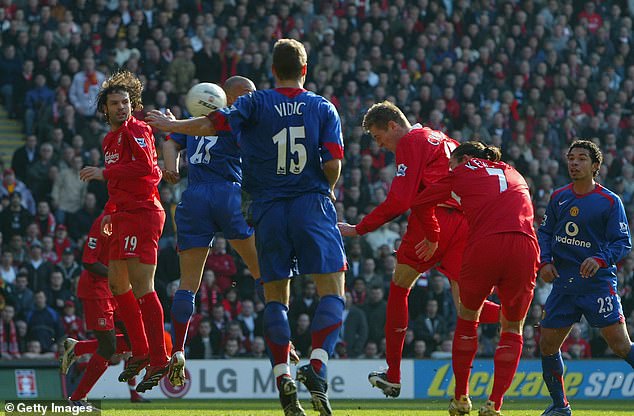 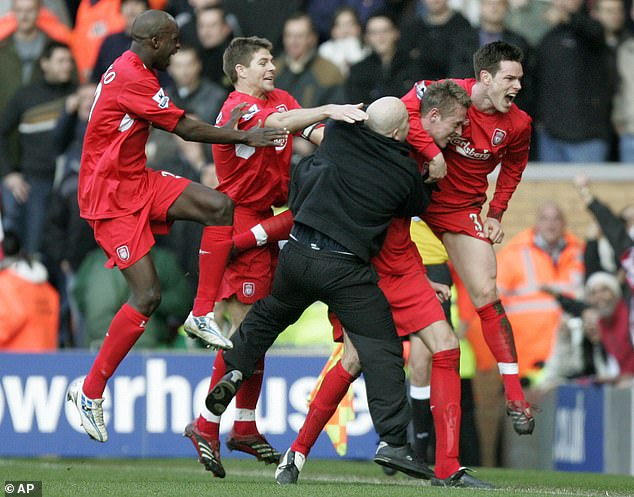 To explain why that match was so special, you need the background. In January 2006, we played United at Old Trafford.

We controlled the game and had done enough to win but, in stoppage time, Rio Ferdinand left us shattered when he scored the only goal.

Losing like that was sickening but what made it even harder to take was Gary Neville’s celebration, when he raced across the pitch to jump up and down in front of our fans.

I had been substituted late on and from where I was on the bench, it felt like he was coming over to celebrate in front of me.

That was third time in four matches Rafa Benitez had lost to United. When we were then drawn against them in the FA Cup, having won at Portsmouth, a few groans greeted the prospect of another meeting with them. 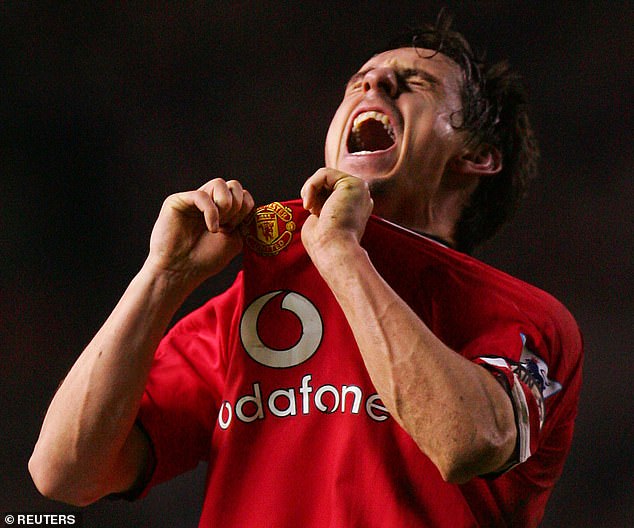 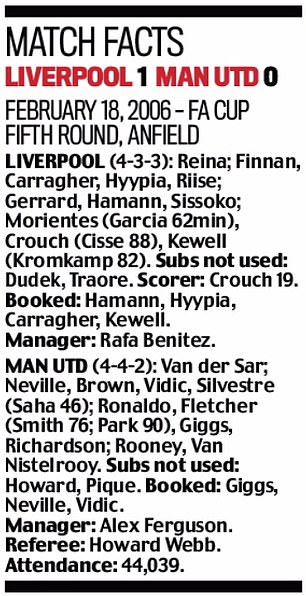 But, quickly, the mood changed to: let’s have it.

As much as I hated Neville rubbing our faces in it, he gave me an education into what this rivalry meant.

I’d grown up in London, I hadn’t really appreciated the depth of feeling involved, but he removed any doubt.

We had got into a decent rhythm by the time our paths crossed again. We’d beaten Arsenal 1-0 in the league four days earlier with a late Luis Garcia goal and I remember the confidence I took from Rafa selecting me, as it had been nine matches since I’d scored.

What an occasion to come back for! The noise that hit us as we came up the stairs out of that old tunnel was insane; it was hatred, passion, desire.

I’d say there was also fear in both sets of supporters as the prospect of being knocked out of the Cup was too much to contemplate. 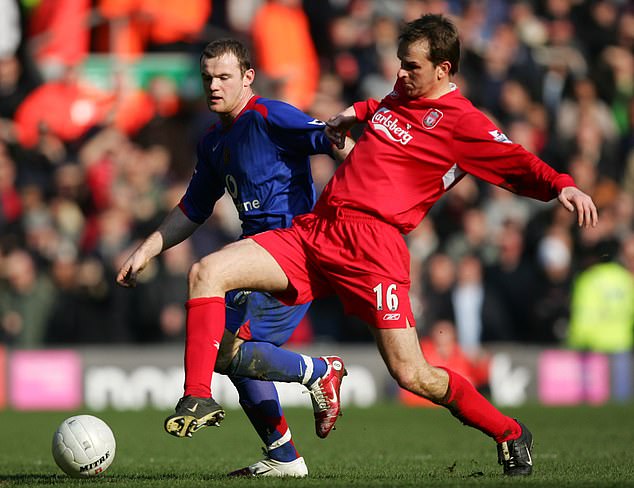 Everything was reflected in the team selections: Rafa went as strong as he could, as did Sir Alex Ferguson, who fielded Cristiano Ronaldo, Wayne Rooney and Ruud van Nistelrooy. When you consider that, you can see why nobody gave us much of a chance.

Reputations don’t matter, though, when you go out to face United. We started well and got the right reward — Steve Finnan flipped a cross in, Vidic got muddled up and blocked by Harry Kewell, and I got enough power on the ball to ensure Edwin van der Sar could only push it in off the post.

The feeling was like nothing else. United supporters had the entire Anfield Road End behind Van der Sar, so I rushed over to the Centenary Stand. Finnan, Stevie Gerrard, John Arne Riise and Momo Sissoko all jumped on me, as did one overexcited fan who had leapt over the hoardings to join us.

We had to fight to hold on to our lead but we had a proper back four — Finnan and Riise on either side of Jamie Carragher and Sami Hyypia — and we frustrated the life out of them.

I came off late on and, by that point, we knew we had it in the bag. 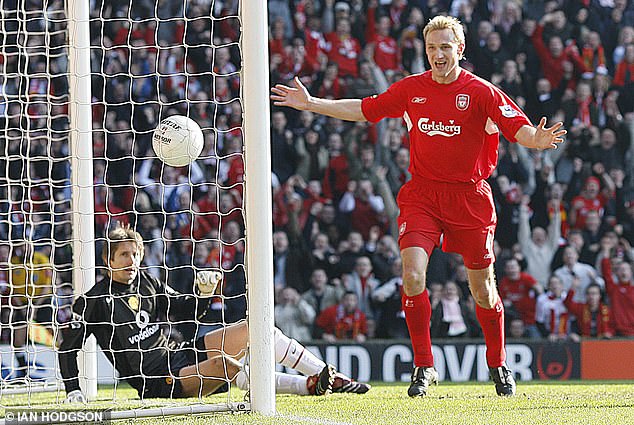 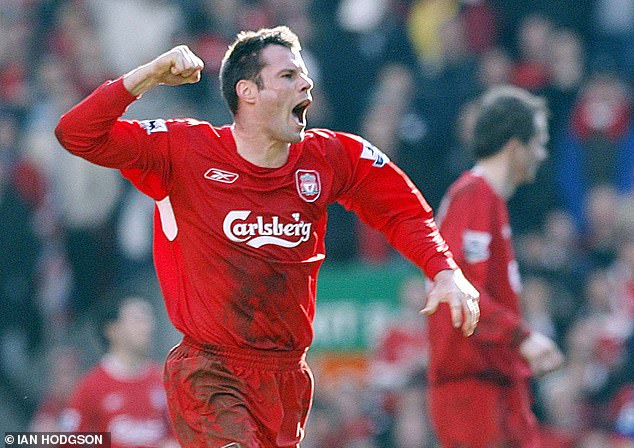 What really brought it home that this was no normal game was a moment with Abbey’s dad, Geoff, in the players’ lounge afterwards. He had seen Liverpool win everything there was to win, so he was always quite reserved, but not on this occasion.

‘Do you know what you’ve done there?’ he said. ‘You’ve knocked the Mancs out of the Cup!’

It was then pointed out to me that Liverpool hadn’t managed to do that for 85 years. It was a huge moment on so many levels.

With United out of the way, we fancied ourselves to go all the way and so it proved, as we eventually beat West Ham in the final. Happy times.

When I did the fourth round draw 12 days ago, my phone lit up from friends who were distraught that United and Liverpool had once again been paired together, as nobody wants to see a game like this so early in the competition.

By kick-off on Sunday, however, I can assure you that everyone will be feeling as we did 15 years ago: let’s have it.

A full stadium or an empty stadium, it doesn’t matter: this is the game that creates legends. 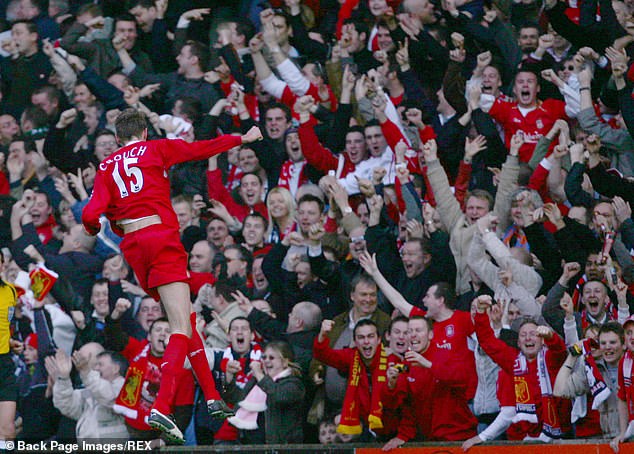