Barcelona’s appeal to have Lionel Messi’s two-match ban overturned for punching an opponent is REJECTED, with talisman to miss LaLiga clash against Elche having served first part of the ban by sitting out Copa del Rey win over Cornella

Lionel Messi’s two-match ban for striking an opponent in the Super Cup final has been upheld after the Spanish FA rejected Barcelona’s appeal to have the punishment overturned.

The Catalan giants made the bid to have the suspension dismissed despite footage showing Messi lashing out at Athletic Bilbao’s Asier Villalibre in the final moments of the 3-2 final defeat.

The suspension means Messi will now miss Barcelona’s LaLiga clash with Elche on Sunday, having already served the first part of the ban by sitting out Thursday’s win over Cornella in the Copa del Rey.

Messi’s sending off at the weekend was his first red card of his Barcelona career, and will miss the club’s important league clash at the weekend.

Referee Gil Manzano said in his match report that Messi hit his opponent with ‘excessive force’ while the ball was not near him.

Messi was faced with missing a significant portion of the domestic season, with Ronald Koeman’s side third in the table and already seven points back of leaders Atletico Madrid – who have two games in hand.

Messi lost his head as Koeman’s men hurtled towards another damaging defeat in their first final under the Dutchman’s leadership. 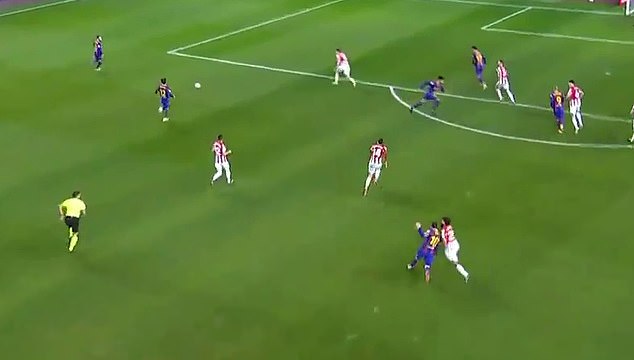 Barca had been leading until the final minute of normal time before Villalibre forced an extra half-an-hour.

The winner came three minutes into extra time when Iker Muniain’s pass reached Inaki Williams and he wrapped his right foot around the ball, curling it past Marc-Andre ter Stegen.

Koeman backed his star man on Sunday night, saying Messi’s frustration at being repeatedly fouled throughout the game unsurprisingly boiled over.

‘I can understand what Messi did,’ the Dutchman said after the match.

‘I don’t know how many times they fouled him, and it’s normal to react when they keep trying to foul you as a player who is looking to dribble with the ball, but I need to see it again properly.’ 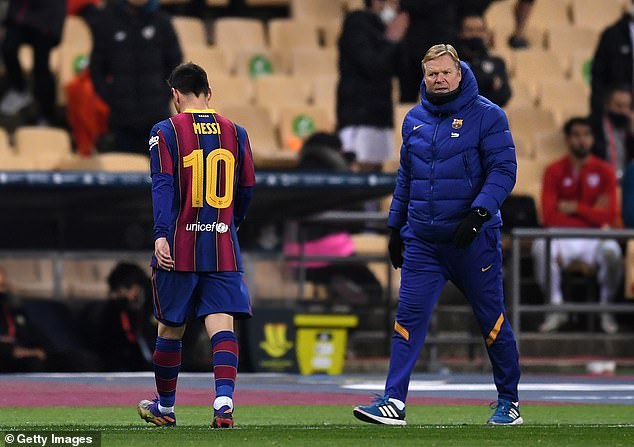 Questions were asked about whether Messi should even have started in the cup final, as he had missed the semi-final victory over Real Sociedad earlier in the week through injury.

Koeman, however, let Messi make the final decision on his fitness, and stood by his call.

‘I think after so many years at the top level, he knows when he can play and when he can’t,’ Koeman said. ‘I spoke with him and he said he was fit enough to start the game.’