Martin Odegaard is just ‘one step’ away from joining Arsenal on a six-month loan deal after becoming fed up with his situation at Real Madrid, according to reports in Spain.

As reported by Sportsmail, Gunners technical director Edu began negotiations last week for the 22-year-old and it now appears that the Premier League side have seen off competition from Real Sociedad and Sevilla.

The writing has been on the wall for Odegaard after he was left out of Zinedine Zidane’s squad as they fell to an embarrassing Copa del Rey defeat at minnows Alcoyano on Wednesday night, with the Norwegian playmaker keen to leave to gain more minutes.

According to Spanish news outlet Sport, Odegaard has become ‘concerned’ with his situation at the Bernabeu and is growing frustrated with Zidane for his lack of game time – with a move to the Emirates expected imminently.

Arsenal have reacted quickly to the news that Odegaard would be on the move and are now expected to complete the temporary switch.

While Odegaard is close to joining, Arsenal boss Mikel Arteta refused to be drawn on any potential move on Thursday.

‘I cannot comment about players that play for different clubs,’ he said.

Arteta admitted he is looking for reinforcements but said this unique period made the club ‘cautious’ and ‘careful’ in their transfer business. 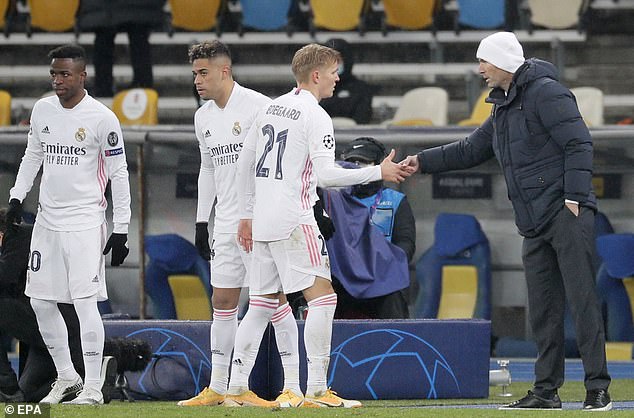 ‘We are looking at various positions because the movement we made in this transfer window with some players leaving the club leaves us a little bit short in certain areas. If we can we will do it, if we can’t, we’ll just keep going with what we have,’ he said.

Arsenal have a good relationship with Madrid after taking Dani Ceballos on loan and the midfielder has encouraged Odegaard to go where he will gain the best opportunity to play.

‘Young players need to play regularly,’ said Ceballos. ‘At Real Madrid, I needed to know that I would have equal opportunities. I was obsessed with playing again.

‘I wasn’t getting minutes, but I realised it was best to work and reverse the situation and be important [with another club].

‘If I do this [go on loan], I’ll play again. It couldn’t have been any clearer.’

Talking to EFE, Ceballos added: ‘I can tell you what happened to me at Madrid. I don’t know exactly what will happen with Martin Odegaard, but it is obvious that any player who wants to succeed at Madrid is going to grab the opportunity he has.’ 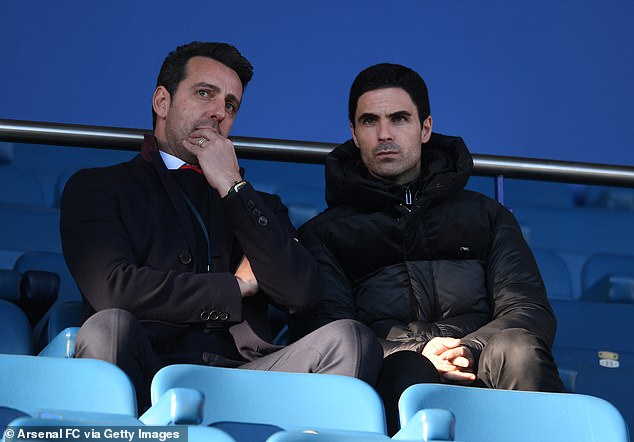 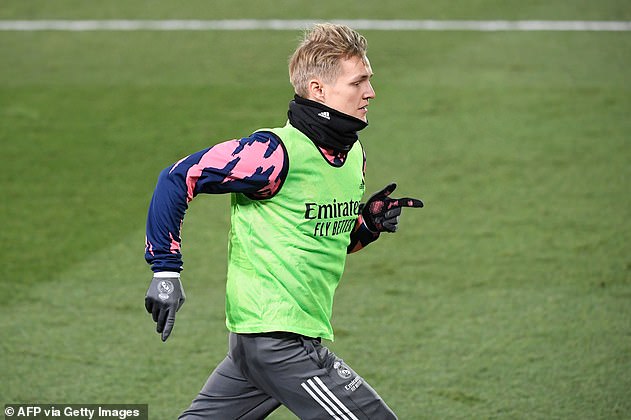 Arsenal have followed the Norwegian since he was a teenager and rate him highly. After allowing Mesut Ozil to leave, they are looking for a creative midfielder and have considered numerous options within a limited budget.

Odegaard’s team-mate Isco was among those options but he was reluctant to move to London after his wife gave birth.

Odegaard has made just nine appearances for Los Blancos this season, featuring in seven LaLiga matches and two Champions League games so far.

Arsenal are also hold an interest in Norwich City’s Emiliano Buendia but the Championship club are reluctant to sell the 24-year-old in this window with Premier League promotion at stake.