‘There will be two of us to scare the opponents now!’: Zlatan Ibrahimovic delighted to link up with Mario Mandzukic at AC Milan with free agent on brink of move to Serie A leaders

Zlatan Ibrahimovic is relishing the opportunity to link up with his expected new AC Milan team-mate Mario Mandzukic ahead of his free transfer.

Mandzukic is on the cusp of joining Milan, who stayed top of Serie A by three points on Monday night with a 2-0 victory at Cagliari, after becoming a free agent following his departure from Qatari outfit Al Duhail last July.

And Ibrahimovic is thrilled at Mandzukic’s imminent transfer, claiming there are now two goalscorers at Milan – who have also sealed a loan move for Soualiho Meite from Torino – that will instill fear into opposition defenders thanks to their physicality up top.

‘I am very happy,’ the veteran Swedish striker told Sky Italia on Monday. ‘There will be two of us to scare the opponents now!’

He added: ‘So far we are doing well. We are almost halfway through the league and now the games are starting to be more difficult.

‘It will be a very tough season, but now with Mandzukic and Meite, and I don’t know if others will arrive, we will have more players available for the coach that can rotate in.’

Ibrahimovic scored both goals for Milan on Monday, his 11th and 12th strikes of the season, as Stefano Pioli’s side kept up their title charge at the top of Serie A ahead of arch rivals Inter.

And the new additions will give Milan more strength in depth as they go in search of their first Serie A title since the 2010-11 campaign. 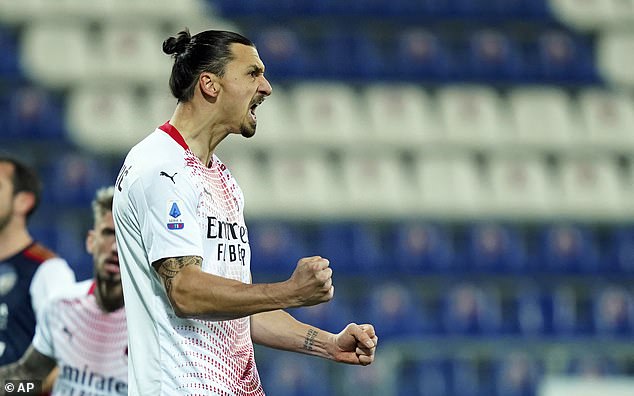 According to Calciomercato, Mandzukic is reportedly set to sign for an initial six months until the end of the season, but will extend his stay by a further 12 months if Milan qualify for the Champions League.

Mandzukic has plenty of experience playing in Italy’s top-flight, having featured for Juventus between 2015 and 2019, scoring 44 goals in 162 games in all competitions.

And ahead of Mandzukic’s imminent arrival, Pioli has admitted that he is excited to see the competition the veteran strikers will offer each other at San Siro.

‘Ibra said he’ll take care of keeping him at bay,’ Pioli joked after Monday’s final whistle. ‘I’m happy, the club is ambitious, they want Milan back on top. Mandzukic’s arrival goes into this situation.

‘Given the many commitments and critical issues of this season, we need many players. I also tell them that the quantity of minutes is not important, but the quality.

‘When the club proposed it to me, I immediately said yes, I spoke to him, he’s very motivated, he’s a winner’. 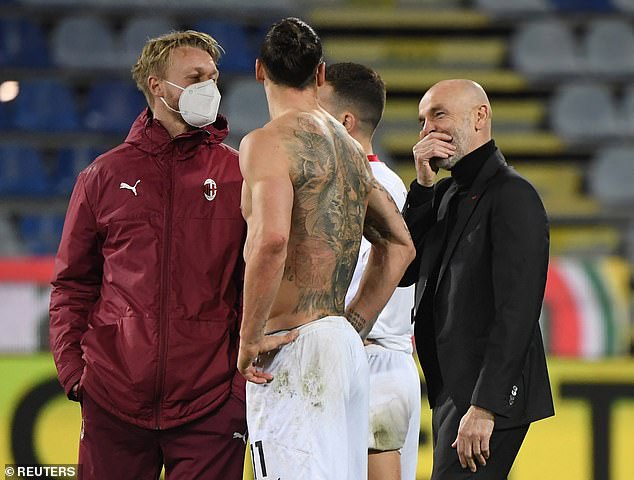