Sol Bamba reveals he cried when his Cardiff team-mates warmed up in heart-warming personalised T-shirts as defender battles cancer: ‘It touched me a lot. Even talking about it I’m emotional’

Sol Bamba has revealed he was reduced to tears after seeing his Cardiff City team-mates publicly support him as he battles cancer.

The centre back has been diagnosed with Non-Hodgkin lymphoma and is currently undergoing chemotherapy.

The news has rocked the Welsh outfit through its core and on Saturday the first-team squad paid tribute to Bamba with a touching gesture by warming up in T-shirts with his name and No 22 on the back. 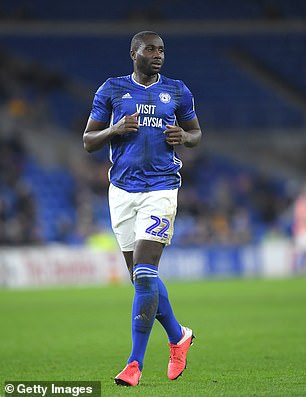 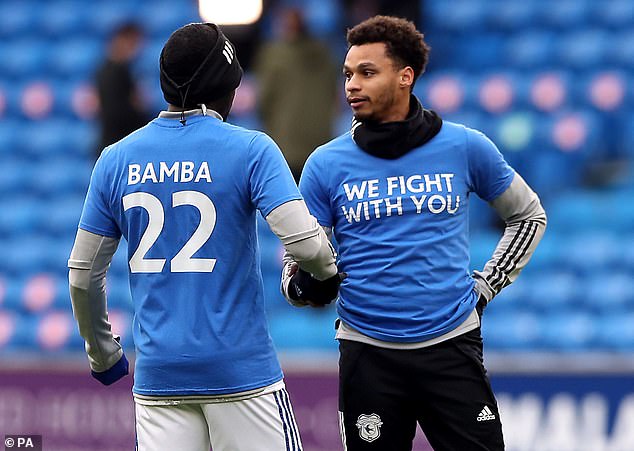 “I’m very good. I started chemotherapy a couple of days ago.”

“The whole club has been unbelievable. The fans have been incredible.”

“I cried and I’m not that person.”@Sol14Bamba was reduced to tears when seeing his #CardiffCity teammates warm-up in shirts with his name. pic.twitter.com/UlSeYzZW4q

The T-shirts also were adorned with the message ‘We fight with you’ – all of which left the 36-year-old very emotional.

Speaking to talkSPORT, Bamba said: ‘I cried when I saw it. It touched me a lot and I have to say the whole club has been unbelievable. Even talking about it I’m emotional.

‘I’m a positive person and I always try and see the positive side. As the doctors said to me, mentally you have to be strong.

‘There’s a lot of negative things that come with it so it’s not easy to go through it, but I have to say the support from my whole family and football fans across the world has been incredible and that has given me the strength to go through it.

‘My family have found it difficult because they don’t want to show their feelings too much. My Mrs has been unbelievable; so she deserves a lot of credit.’ 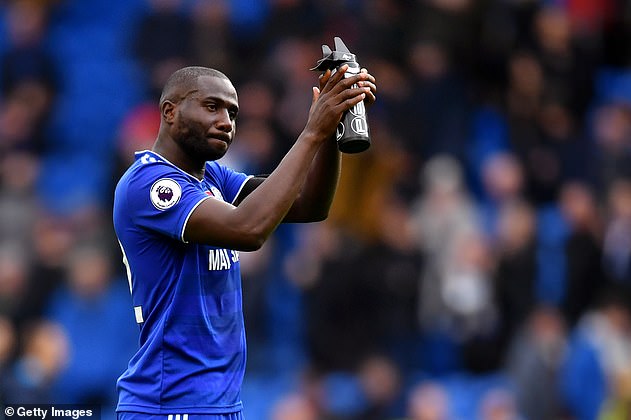 Bamba, who started his career at Paris Saint-Germain, has made six appearances for Cardiff this season – the last coming against Birmingham in December – and 117 in total, scoring 10 goals.

He helped the club into the Premier League in 2018 and has also had spells at Hibernian and Leicester, moving to the Bluebirds from Leeds in 2016.

News of the Ivorian’s health was publicly announced by Cardiff on January 11. 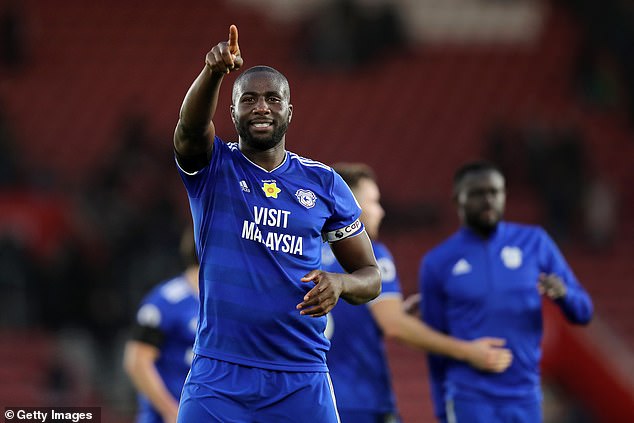