By Reuters and Max Mathews For Football Frenzied Republishing

Luka Jovic’s loan move back to Eintracht Frankfurt on Thursday was intended to help him rediscover his shooting boots after a lean first season at Real Madrid.

Serbian striker Jovic only scored twice across 27 appearances in all competitions for Madrid and has initially failed to justify his sizeable £62million transfer fee.

The 11-cap international scored 27 the season before for Eintracht Frankfurt, earning him a move to the Spanish capital.

However Jovic, 23, could still be part of Zinedine Zidane’s long-term plans and so was loaned back to his former club rather than sold.

But he did not take long to find his goalscoring form again back in familiar surroundings.

Within 10 minutes of coming off the bench in the 62nd minute, Jovic volleyed in a goal off a Filip Kostic cross in Frankfurt’s 3-1 win over relegation-threatened Schalke. 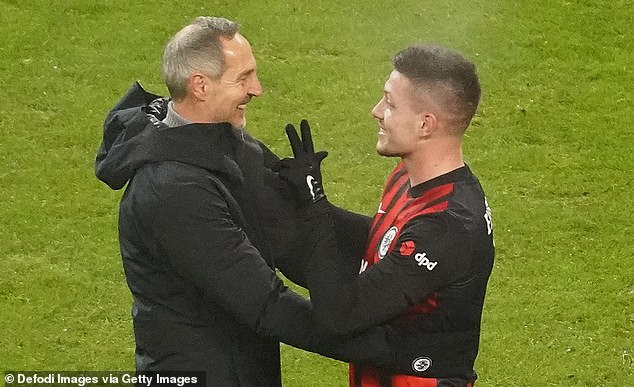 It was his first club goal since scoring in Madrid’s 4-1 win over Osasuna last February, and his 37th in 76 career games for Frankfurt. Jovic then beat defender Ozan Kabak to score his second from two shots and extend Frankfurt’s lead in stoppage time.

Andre Silva gave Frankfurt the lead in the 28th minute with a smart turn and shot after Schalke defender Sead Kolasinac, on loan from Arsenal, gave away the ball. 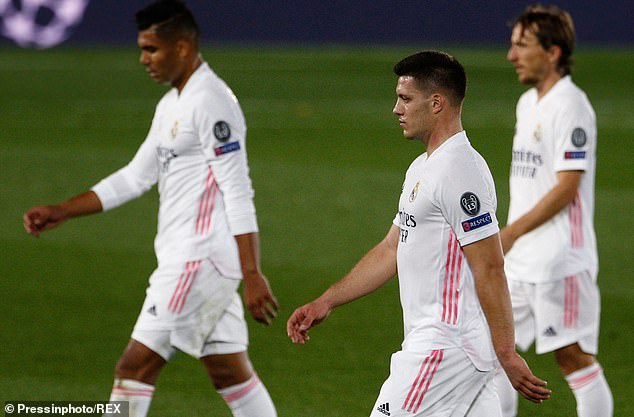 The result means Adi Hutter’s side have now won each of their last four matches.

It was the first game back for Jovic and the last for Frankfurt captain David Abraham.

The 34-year-old center-back is retiring from professional soccer to spend more time with his family in Argentina after the coronavirus pandemic meant he saw little of his young son. Frankfurt climbed to seventh, while Schalke is 18th and last.