Athletic Bilbao striker Asier Villalibre pulled out his trumpet after winning the Spanish Super Cup on Sunday night, as far as Barcelona supporters are concerned he might as well have played The Last Post.

It was Villalibre who was punched by Lionel Messi in injury time with the Argentine sent off for the first time in his entire Barcelona career. It was also Villalibre who scored the injury-time equaliser that took the game into added time. He formed a band last year with three other members of the Athletic team, hence the trumpet.

Do Barcelona deserve The Last Post? Probably not. This cup final defeat doesn’t change the fact that they had won four of their last five league games and moved up to third place. 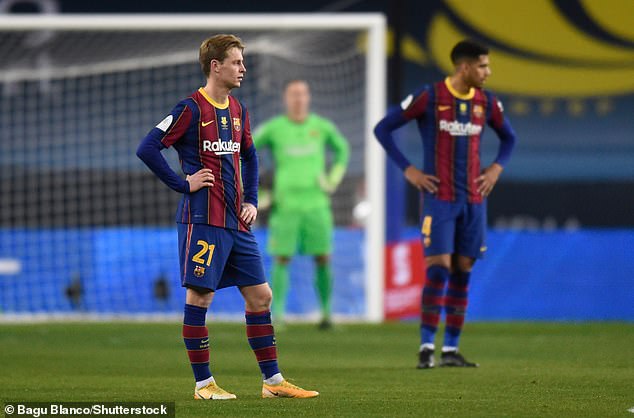 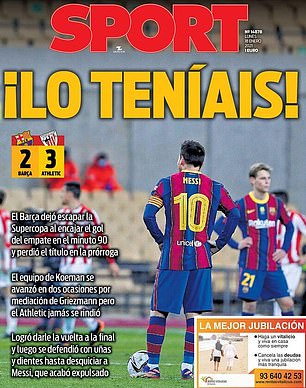 But for their fans who have seen them win so many finals over the last 15 years it was another painful reminder that they are so far away from what they once were. With every Roma, Liverpool or Bayern Munich embarrassment, the memories of the big wins fade.

This was not a Liverpool or Bayern style humiliation in terms of the scoreline but it was still a final against a team they ought to beat.

‘Barcelona should accept once and for all that right now they are a mid-table team,’ tweeted one broadcast journalist and Barcelona fan. ‘Not accepting that is self-destructive. The reconstruction needs to be complete without any exceptions.’

Of course it’s an exaggeration to call them mid-table. And with exciting youngsters Pedri, Ronald Araujo, Sergino Dest and Frenkie de Jong in support of Messi – who, don’t forget, is still LaLiga’s top scorer – they hardly need to get rid of everyone and start from zero. 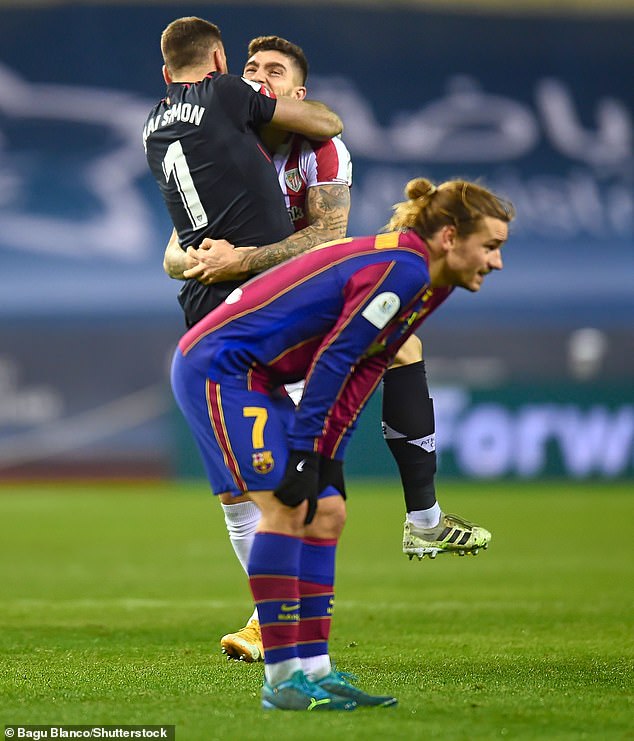 Even Antoine Griezmann had delivered in a big game, perhaps for the first time since he signed… although, understandably, that got forgotten in the subsequent capitulation.

But you can understand the pessimism. Looking on the bright side, which some Barca fans struggle to do at the best of times, it seems as if Messi will only be banned for two or three games after referee Jesus Gil Manzano wrote in his match report that he had merely used ‘excessive force’ when he struck Villalibre.

The match official did not record it as an aggression which would have meant a minimum of four games.

One of the matches he will miss will be on Thursday against Cornella in the Copa del Rey when he probably would not have played anyway. That last-32 game will be tricky for Koeman’s team. 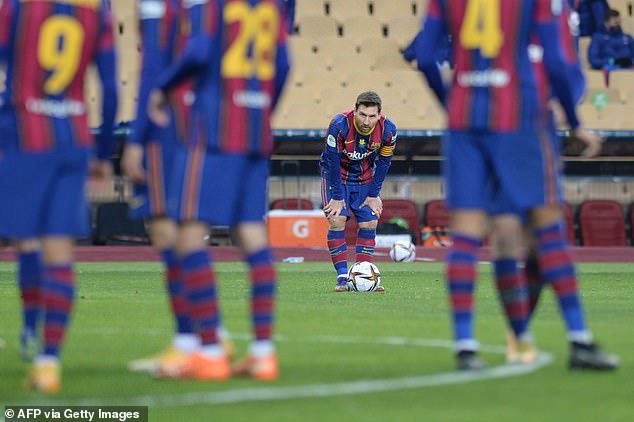 Cornella saw off Atletico Madrid in the last round. Their plastic pitch will be about as inviting as the January temperatures for the 9pm kick-off in three days’ time.

Messi will then miss the next LaLiga game away to Elche and if Barcelona get past Cornella, and if Messi does get three games, then he will miss the next round of the cup too.

What the club really needs to lift the gloom is a new president and some new signings but with coronavirus restrictions putting paid to the January 24 elections and that meaning that there will be no new signings because there will be no new president in place this month to sign them off, then inspiration will have to come from within and it will have to come from someone other than Messi.