Top Sport News
Sol Bamba cried when his Cardiff team-mates publicly supported his battle against...
Bayern Munich chief Karl-Heinz Rummenigge would DECLINE club’s invitation to European Super...
Brentford report individual who aimed racial abuse at striker Ivan Toney to...
Pep Guardiola throws down gauntlet to Aymeric Laporte to get back into...
Charlton eye £300,000 move for Exeter star Joel Randall
Aston Villa agree to let midfielder Conor Hourihane join Swansea on loan
Pep Guardiola insists Manchester City will NOT be making any moves in...
Where has it all gone wrong for Borussia Dortmund as Bundesliga title...
Manchester United ‘lining up £11m offer’ for Lens centre back Facundo Medina
AC Milan confirm signing of Mario Mandzukic on six-month deal
Home Bundesliga Tottenham are interested in Nicolas Gonzalez, but will need to fight off interest from Juventus
Bundesliga

Tottenham are interested in Nicolas Gonzalez, but will need to fight off interest from Juventus

Tottenham and Juventus ‘are in talks over a summer move for Stuttgart winger Nicolas Gonzalez’, with the Bundesliga club demanding £27m for the Argentina international

Tottenham are in talks to sign Stuttgart winger Nicolas Gonzalez, as the side look to strengthen their attacking options in the summer transfer window.

According to The Athletic, preliminary talks have started with the 22-year-old, who has attracted the interest of some of Europe’s top sides after an impressive run of form for the German side since football resumed in the country in May last year.

Gonzalez scored eight goals in nine matches to help the side get promoted back to the Bundesliga, and he’s now scored five goals in 10 top-flight matches this season. 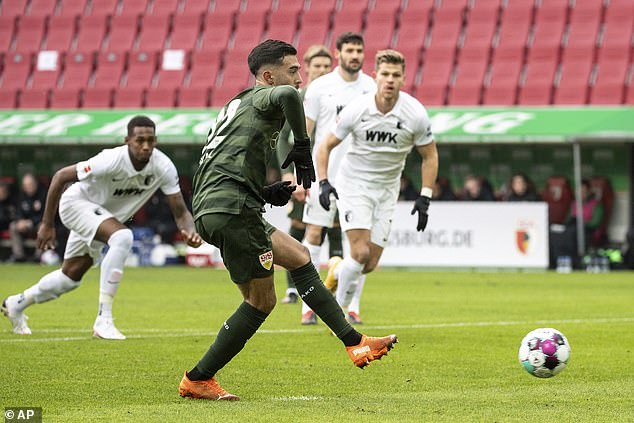 He’s scored five goals in 10 league games this season, and has scored two in two for Argentina

The Argentine scored one and assisted another as he stood out once again in their 4-1 victory against Augsburg on Sunday.

Leeds have show an interest in the 22-year-old in the past, but a move to Spurs could depend on whether they can fight off interest from Juventus.

The Old Lady are believed to be considering him, but only if they can offload fellow winger Federico Bernardeschi.

Gonzalez won’t come cheap either, after he signed a new contract at the beginning of the season which will take him through to 2024.

The contract sees him earn around £1.35 million per year before tax, plus bonuses — and Stuttgart would be seeking a fee in the region of £27 million.

That price could continue to swell if he continues his form for both club and country – he’s scored in each of Argentina’s past two World Cup qualifiers in line-ups that featured the likes of Lionel Messi and Angel Di Maria. 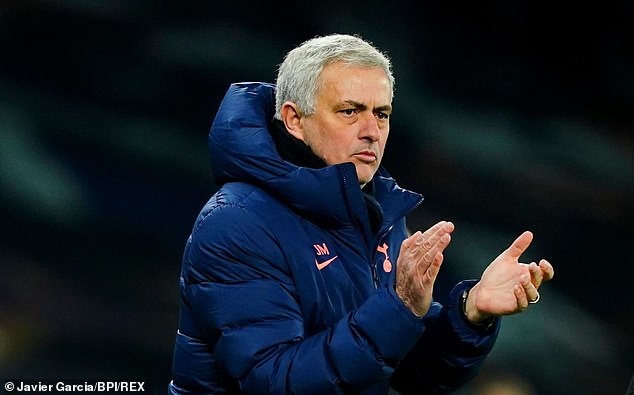