Wolfsburg defender Marin Pongracic is still dealing with the effects of COVID-19 weeks after his infection as he had to be taken off during the weekend’s Bundesliga game.

Pongracic, who was infected with the coronavirus while on international duty with Croatia in November, was substituted at half time in Wolfsburg’s 2-2 draw at Union Berlin on Saturday.

Wolfsburg coach Oliver Glasner said he took the 23-year-old defender off because he had breathing problems from early on in Union’s Stadion an der Alten Forsterei.

‘Marin had a lot of problems with the air,’ Glasner said. ‘He had both his arms on his knees several times during the first half, like you’d normally have at the end of a period of extra time. With him it was first like that after 15 minutes.’

Pongracic had already shown a lack of fitness in Wolfsburg’s previous three games. He was taken off early in each. The Croat was at fault for Union’s equalizer in the 29th minute when his pass for teammate Xaver Schlager was intercepted by Marcus Ingvartsen. Ingvartsen found Sheraldo Becker free on the right to shoot inside the right post and cancel Renato Steffen’s 10th-minute opener for the visitors.

‘He is not 100% fit,’ Glasner said of Pongracic. ‘None of us know the long-term effects of the infection.’ 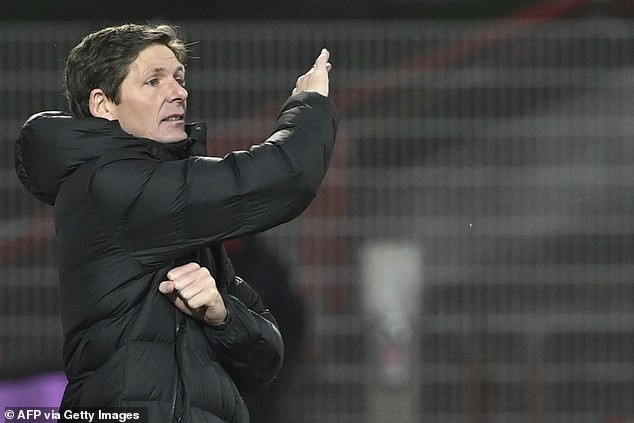 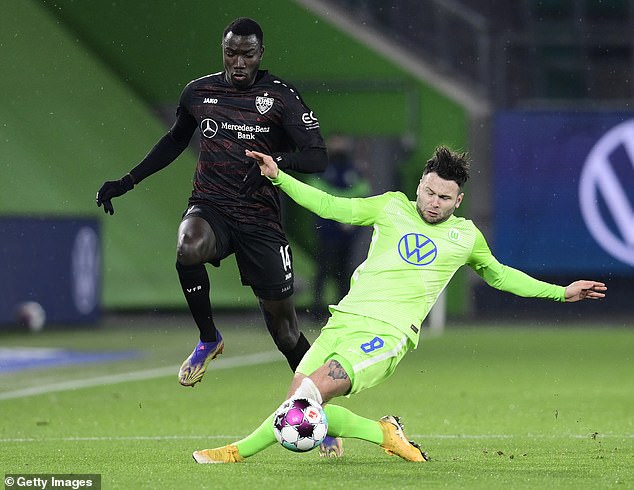 Steffen said he is still suffering side effects including a loss of taste weeks after his infection.

‘Every now and then you feel weak or have days in which it is more difficult to breathe,’ Steffen said in a podcast for radio station NDR2.

Arnold was at fault for Union’s second goal. The Wolfsburg midfielder was sent off for bringing down Taiwo Awoniyi. Though the initial penalty decision was taken back after a VAR consultation, Union’s Robert Andrich swept the free kick inside the top left corner in the 52nd.

Wolfsburg striker Wout Weghorst, who was last month forced to apologize for appearing to make light of the coronavirus, equalized with a penalty in the 66th.