Jason Steele made up for the gaff that let Newport County equalise in the sixth minute of added time by saving four penalties to earn Brighton a ticket into the fourth round of the FA Cup.

His acrobatics in saving penalties from Josh Sheehan, Micky Demetriou, Liam Shephard and Scot Bennett enabled Adam Webster to ram home the winner with the 14th spot kick to make it 4-3 to the Premier League outfit.

It was the second time this season that Newport had suffered penalty shoot-out heartbreak in cup ties at home against Premier League opposition having been beaten in the same way by Newcastle United in the Carabao Cup. 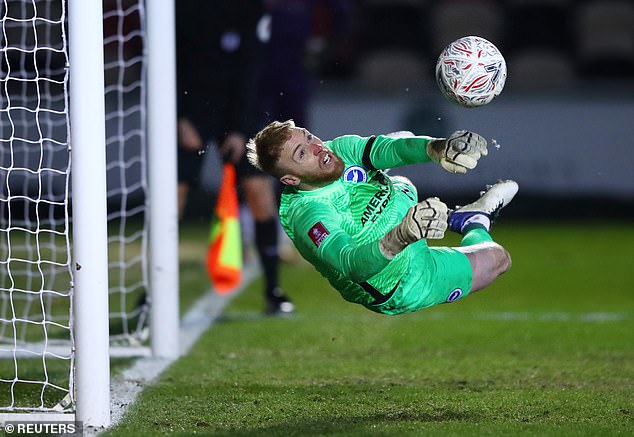 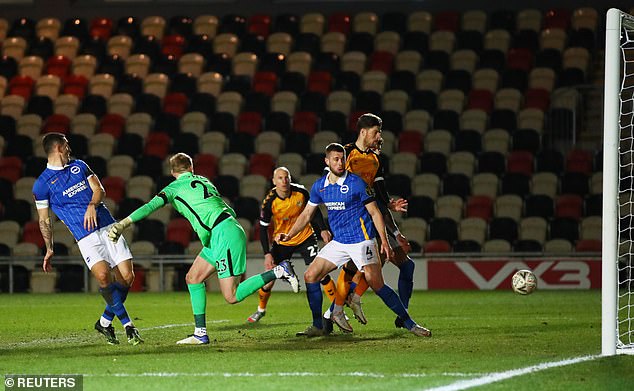 A game that had been devoid of goals in the first 89 minutes suddenly sprung into life at the death with first Brighton taking the lead through Solly March with eight second left of normal time and then Adam Webster conceding an own goal in the sixth minute of added time.

That earned Newport another shot at glory over 30 minutes of extra time against their Premier League visitors and they were still on level terms going into the final 15.

Credit to home manager Michael Fynn and his players for not giving up after March had seemingly sent them crashing out of the competition with his hot shot from the edge of the area. Flynn brought on Jamie Proctor for the four minutes of added time an it was his hustling of Webster that forced the goal.

Brighton goalkeeper Jason Steele failed to make any contact with a right-wing cross from Liam Shepherd and with Proctor harassing him, Webster saw the ball bounce off his chest and roll into the empty net. 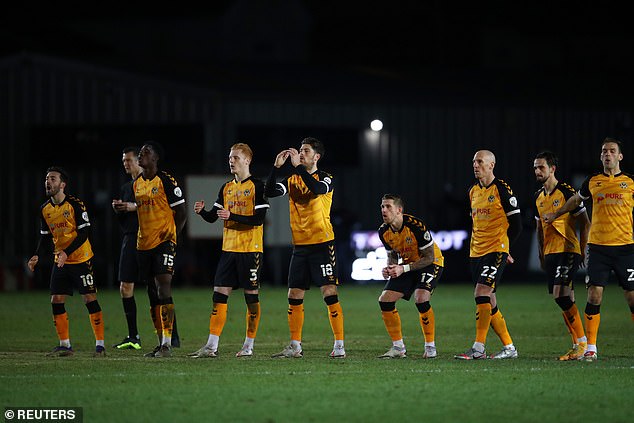 Newport battled brilliantly, with their defence staying solid throughout in the tight clash 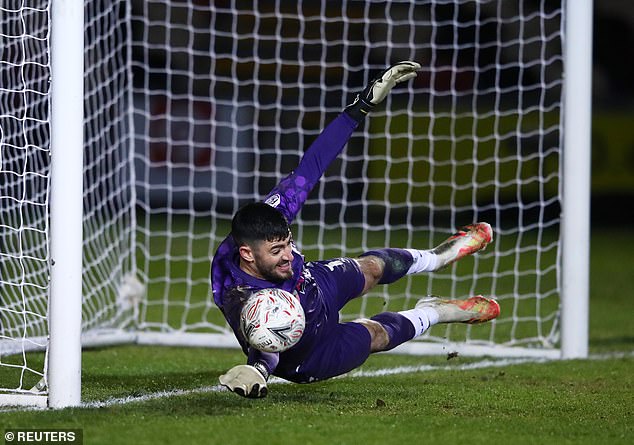 Brighton boss Graham Potter said he would take no chances and he didn’t, starting with six players who had been on duty in their last Premier League game against Wolves.

But when Matty Dolan sent FA Cup ace marksman Padraig Amond racing onto a long ball he almost made it seven goals in nine cup ties with a lob to the right corner that just missed the target.

Having ridden that early scare the Premier League side settled down to dominate possession and territory. The pitch played better than expected – John Raymond, one of the ground staff, stayed up all night to ensure the hot air balloon kept the frost out – and Yves Bissouma pulled all the strings in midfield to keep his side on the attack.

It was a Bissouma shot from 30 yard that forced Wales squad goalkeeper Tom King into a series of impressive saves to keep the home side in the game before the break. 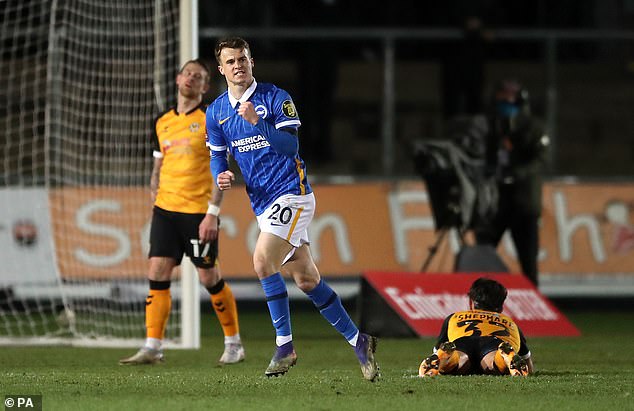 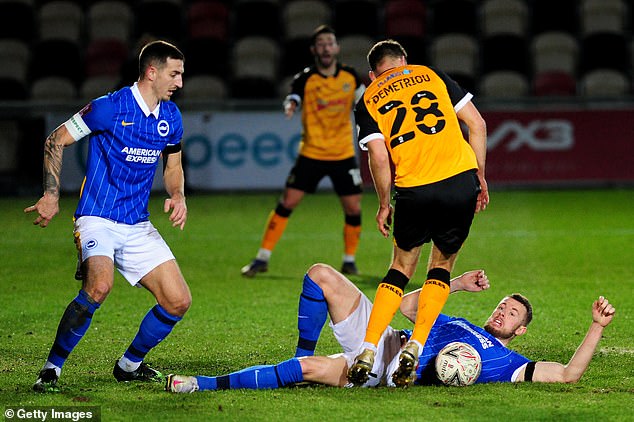 He pushed away at full stretch a bullet like header from Lewis Dunk at a corner, held onto an Alexis MacAllister shot and then somehow denied Andi Zeqiri.

It wasn’t al one-way traffic, though, and Jason Steele was very happy to see his skipper, Dunk, save his blushes by clearing a goal-bound lob over his head from the ever-alert Amond after an horrendous back pass from Pascal Gross.

With 72% possession Potter might have expected more from his side in the first half, while Flynn would have been more than happy to see his side hanging on for another potential upset.

Newport started the second half far more brightly and pushed wing backs Ryan Haynes and Liam Shephard higher up the pitch. Welsh international Josh Sheehan saw more of the ball and Brighton had to defend far more than they had done.

Andi Zeqiri’s header from a Ben White cross being the best chance before substitute Davy Propper pulled a shot across the goal that missed by inches and then Sheehan forced Steele to make a great save eight minutes from the end of normal time with a fierce shot.

Then came the late drama, extra-time and those dreaded penalties.