Haaland scored a brace as Dortmund beat RB Leipzig 3-1 on Saturday, and Nagelsmann was full of praise for the striker after the game.

The forward boasts a hugely impressive record of 12 goals in 10 Bundesliga appearances this season. 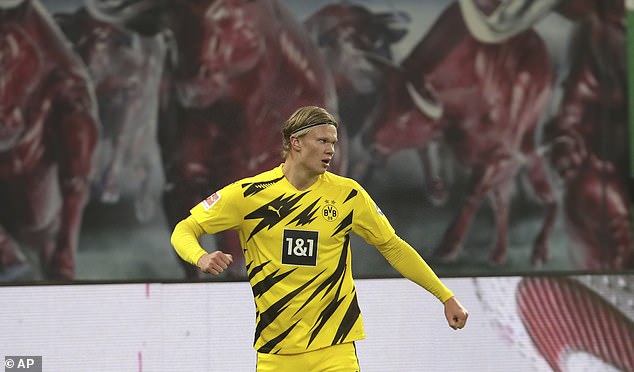 In total, the 20-year-old has 25 goals in 25 league games since he joined Dortmund.

As reported by goal, Nagelsmann said: ‘This is not the first goal he scored against us. He has some serious quality and is very young.

‘So, I think I can’t judge him as well as our opponent but he for sure has some potential to develop. He will get even better.

‘And the league will have a lot of joy with him. Not the opponents, though.’ 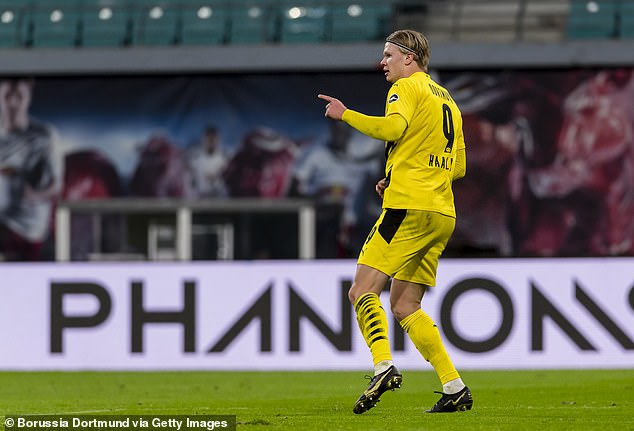 Nagelsmann spoke about the difficulty of defending against Haaland, who combines pace, technique and strength to excellent effect.

Nagelsmann said: ‘Erling we could have defended, but not if the players around him have too much space in a one-against-four situation.

‘Of course, he is an exceptional striker – this is why we wanted him, too. Dortmund got him.

‘I think he just scored 25 goals in 25 Bundesliga games, something like that. This is truly extraordinary. Unbelievable stats.’

Jadon Sancho put Dortmund in the lead against RB Leipzig in the 55th minute before Haaland scored his brace. Alexander Sorloth got a goal back for RB Leipzig late on, but it mattered little.

Despite Dortmund’s victory they are only fourth in the Bundesliga, two places and three points behind RB Leipzig.