‘PSG’s goal is to win games. There are no other objectives. We also have an idea, a footballing philosophy and a structure that will lead us to victory,’ he said ahead of his second game in charge at home to Stade Brest in Ligue 1 on Saturday.

Pochettino, who replaced Thomas Tuchel during the winter break, had an underwhelming start with a 1-1 draw at St Etienne.

PSG, who are still without Neymar because of an ankle injury, are second in the table on 36 points from 18 games, three behind Olympique Lyonnais.

‘We know we have to adapt to the circumstances, we have a lot of injuries at the moment,’ the 48-year-old Pochettino added at a news conference, underlining a problem that also plagued PSG under German coach Tuchel in the first half of the season.

While Pochettino welcomes back striker Mauro Icardi and full backs Layvin Kurzawa and Alessandro Florenzi, he is still without midfielder Rafinha and defender Juan Bernat. 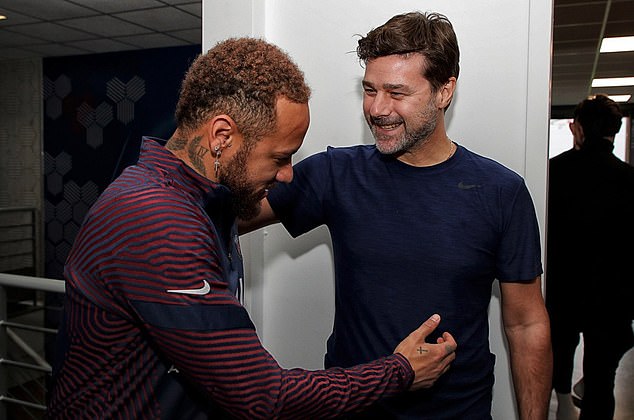 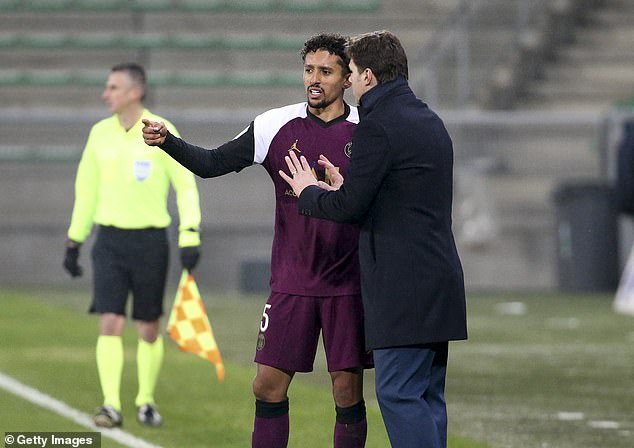 Centre back Presnel Kimpembe and midfielders Danilo Pereira and Leandro Paredes have also not yet shaken off their injuries.

They will however not be rushed back to fitness, said Pochettino.

‘I hope to recover the injured players quickly, to continue the work started. We have to adapt, and above all analyse and listen to the players and the medical staff who were there when we arrived,’ he said.

‘You have to work for the club, and that means thinking about people. We will try to improve every aspect that can be improved, but we must pay attention to the players and their needs.’