Top Sport News
Bayern Munich chief Karl-Heinz Rummenigge would DECLINE club’s invitation to European Super...
Brentford report individual who aimed racial abuse at striker Ivan Toney to...
Pep Guardiola throws down gauntlet to Aymeric Laporte to get back into...
Charlton eye £300,000 move for Exeter star Joel Randall
Aston Villa agree to let midfielder Conor Hourihane join Swansea on loan
Pep Guardiola insists Manchester City will NOT be making any moves in...
Where has it all gone wrong for Borussia Dortmund as Bundesliga title...
Manchester United ‘lining up £11m offer’ for Lens centre back Facundo Medina
AC Milan confirm signing of Mario Mandzukic on six-month deal
PSG ‘expect decision THIS WEEK on whether they can sign Dele Alli’
Home Ligue 1 Mauricio Pochettino’s reign as PSG boss gets off to frustrating start with 1-1 draw vs Saint-Etienne
Ligue 1

It wasn’t the explosive start to life at Paris Saint-Germain that Mauricio Pochettino was dreaming of as his side were held to a 1-1 draw at Saint-Etienne.

After waiting 14 months following his sacking as Tottenham boss, Pochettino finally got a taste of managerial action once again with PSG.

But the former Premier League manager got off to the worst start possible in charge of PSG after seeing his star-studded side fall behind in the 19th minute through Romain Hamouma. 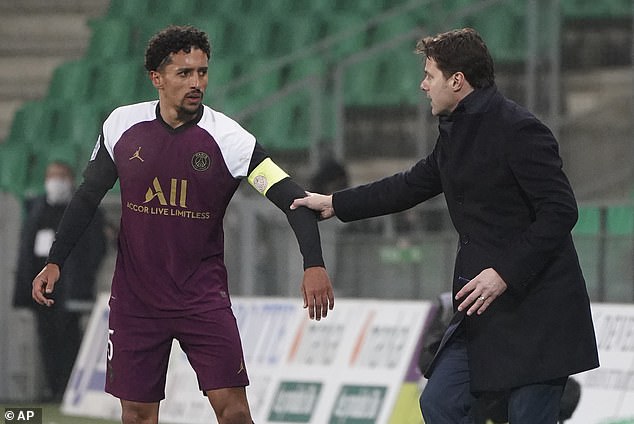 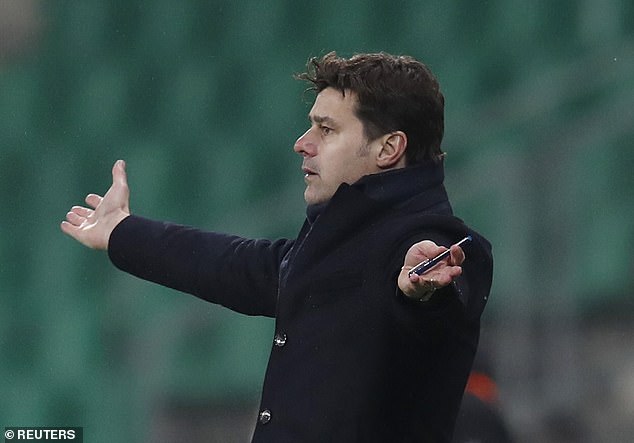 However, just three minutes later PSG drew level thanks to Moise Kean, and Pochettino was hoping for a immediate turnaround against Saint-Etienne.

But that did not come, and despite enjoying the majority share of possession, the Ligue 1 giants struggled to break their opponents down – who sit 14th in the table.

Both goalkeepers had a busy start to the evening as Keylor Navas denied Harold Moukoudi before Kean tested Saint-Etienne’s Jessy Moulin at the other end inside the first 10 minutes.

But not long after, Pochettino’s re-introduction into football management took a sour turn after PSG played themselves into trouble.

PSG responded in style though, with Kean slotting home the first goal of Pochettino’s new era in Paris after being played in by Marco Verratti. 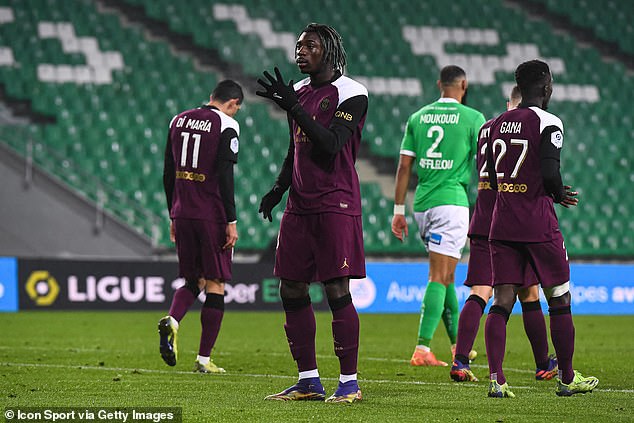 Even though PSG controlled possession, it was the hosts who arguably had the better chances of the match.

Bouanga’s header hit the crossbar with 20 minutes remaining,, with Navas beaten all ends up.

The only shot on target PSG managed in the second period came through Angel Di Maria, but his low strike was well saved by Moulin.

PSG however did move up to second on 36 points from 18 games despite the draw, leapfrogging Lille on goal difference after they slumped to a 2-1 defeat at home against Angers. 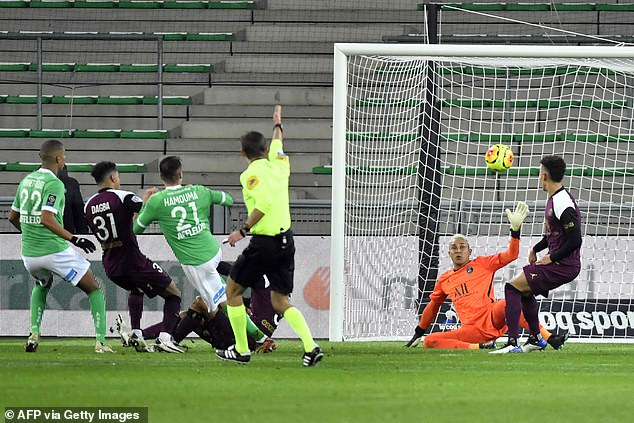 PLAYER RATINGS: Ruben Dias puts in man-of-the-match performance but Bruno Fernandes has an off night