Nice have sacked manager Patrick Vieira after overseeing a run of five consecutive defeats, culminating in the French club’s disappointing exit from the Europa League on Thursday night, according to reports in France.

The Ligue 1 side are languishing in 11th place in the French top flight after 11 games this season, an underwhelming start for Vieira after guiding them to a fifth-placed finish last campaign.

Nice went into Thursday’s visit of Bayer Leverkusen with slim hopes of progressing to the Europa League round of 32, and their 3-2 defeat to the Germans mathematically confirmed their exit from the competition.

Nice have sacked manager Patrick Vieira after a poor run of results, according to L’Equipe 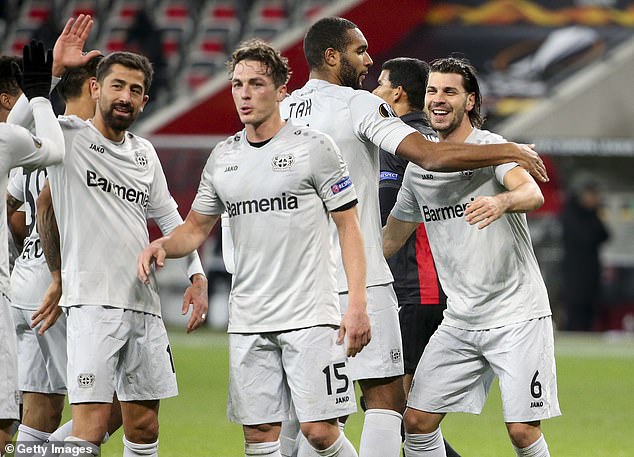 The defeat makes it five losses in succession for the French side, which is their third worst run of results in the 21st century.

And according to L’Equipe’s Bertrand Latour, Nice have decided to sack the Arsenal legend following their disappointing start to the campaign.

Local Nice publication Nice Matin also reports that Vieira has been sacked after a meeting with the club’s leaders in the aftermath of the game. The outlet reports that coaches Adrian Ursea and Frédéric Gioria will oversee the first team until a new manager is appointed. 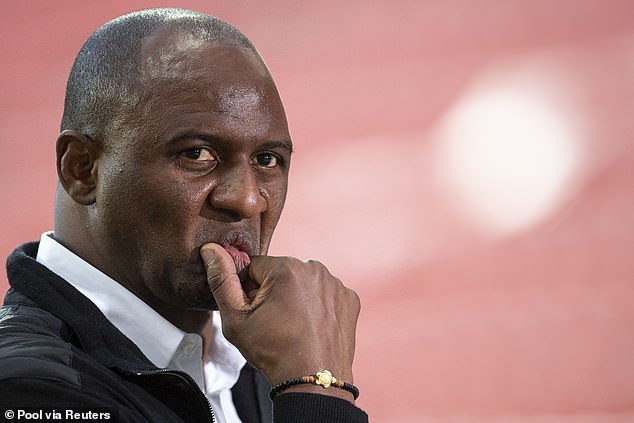 Pressure was growing on Vieira before Thursday’s game, as ultras attacked the team bus

OGC Nice ultras blocking the team bus from departing ahead of the game vs Bayer Leverkusen – they are unhappy with the team’s performances & Patrick Vieira. Bus eventually got to the stadium safely. pic.twitter.com/31fsbJJ3iX

Pressure had mounted on the 44-year-old leading up to Thursday evening’s contest, with Get Football News France reporting that the Nice team bus was blocked by ultras as it made its way to the ground.

The small handful of ultras momentarily blocked the exit of the bus, that was travelling to the Allianz Riviera stadium, from leaving the club’s training base for the European tie. The delay was short and the bus was able to move on.

Nice are owned by British billionaire Jim Ratcliffe, the chairman and chief executive of the Ineos chemicals group. Vieira’s contract with the club was set to expire in June 2021, but he has been relieved of his duties early. 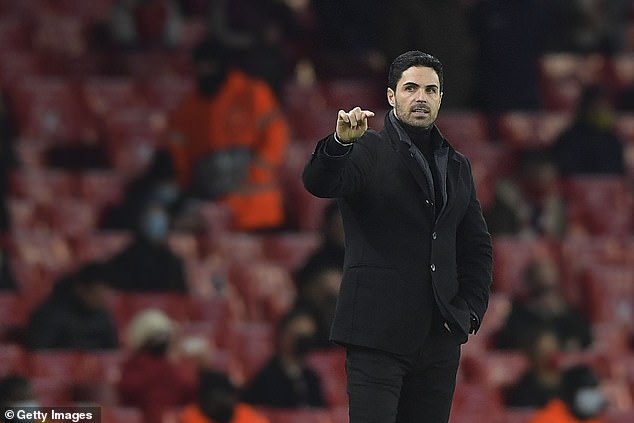 The World Cup winner had been linked with the Arsenal vacancy following Unai Emery’s dismissal last year. However, the Gunners opted for another former midfielder, Mikel Arteta, to take the hot seat.

‘You know, a club that you spend nine years in, cannot leave you unmoved,’ Vieira told Canal+ amid speculation over the Arsenal job.

‘But sincerely and honestly, I am concentrated on and in this project with Nice. I have always said it and I repeat it again for you now, I feel very good here.

‘It is a truly very exciting project and I want to succeed in this project.’