As the camera cut to the injured figure of Zlatan Ibrahimovic the great man offered a shake of the head. After 13 minutes Celtic were two goals up on Serie A leaders AC Milan in the San Siro and Zlatan couldn’t believe it. In truth, he wasn’t alone

Twelve months ago Neil Lennon’s side secured a place in the last 32 of the Europa League by beating Lazio to secure their first ever win on Italian soil.

And early goals from Tom Rogic and Odsonne Edouard this should have been their second.

Yet neither the lead nor their subsequent collapse came as a huge surprise. These days it’s just waht they do.

Scotland’s champions were two up in Lille and drew. They took the lead in Prague and lost 4-1. This game marked the first time they’ve lost three games in a row for 13 years and followed a now familiar and embarassing pattern. They lose one goal and fold as quickly as a legal challenge from Donald Trump.

The frustration is that, even when they fell 3-2 behind early in the second half to a stunning solo goal from Jens Petter Hauge, they played reasonably well. For Neil Lennon there is ample evidence of a team in there somewhere. Whether the under fire manager can draw it out is the bigger question. On current evidence the answer is a resounding no.

By the end of a game which promised much their stats in this Europa League group read five played, 17 goals lost. The worst defensive record of the 48 teams left in the competition this Parkhead team couldn’t keep elephants out of a phone box 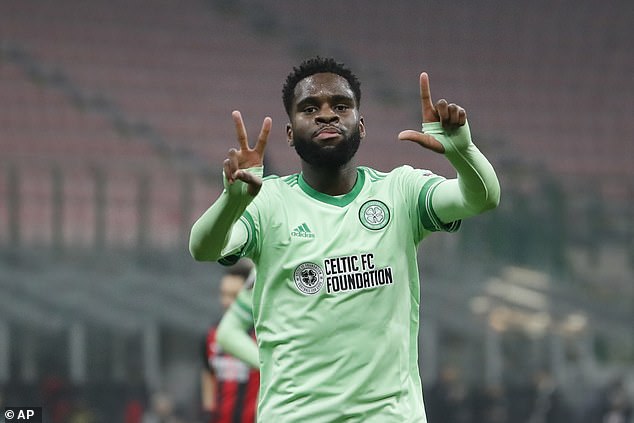 Twelve months since *that* win over Lazio memories of Olivier Ntcham’s winner in Rome’s Olympic Stadium linger. Less remembered are the string of outstanding saves pulled off by Fraser Forster in the 90 minutes before then.

Lennon’s side have now won just two wins in their last 11 games and the loss of the former England International goalkeeper has been a highly significant factor. In search of a replacement Celtic went out and spent £5million on Vasilis Barkas, a keeper now betraying all the reflexes of a three week old corpse.

Were Celtic were always expected to lose this? Of course. The fortunes of the two clubs entering this game could hardly have been more stark. Milan had lost just one in their last 33 games, making their best start to a Serie A game ever. In contrast Celtic are in the throes of a civil war with their own supporters.

But in a pre-match interview Lennon challenged his team to regain a bit of pride and respectability. And after starting the game like a train they threatened to answer the call then threw all the good work away with more catastrophic defending underwhelming goalkeeping. It’s becoming the pattern of the season.

The opportunity was there when Milan began the game in a stupor. Celtic could – should – have been three or four up in jig time. 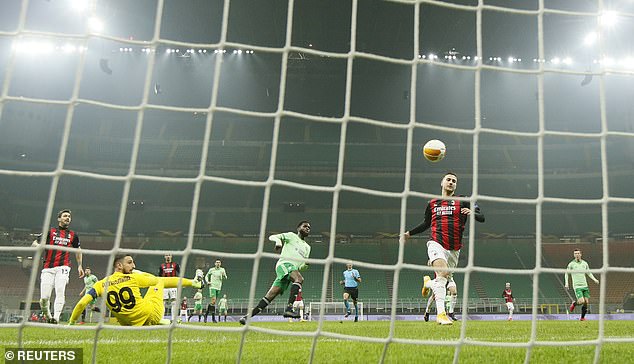 They claimed the lead after seven minutes, Milan defending in a fashion more often witnessed in their opponents.

Keeper Gianluigi Donarumma’s short pass prompted a horrendous piece of control from Rune . Tom Rogic took control of the ball on the edge of the area, took one touch and simply passed the ball low into the corner of the net. Unexpectedly, Celtic had the lead.

The visitors were playing with confidence and verve. Rogic curled a strike fizzing inches past the upright. Callum McGregor forced a superb save from Donnarumma when he should have burst the net

Against a Milan side who had started the game in third gear the visitors finally doubled their lead after 13 minutes. It was a sublime strike, a lovely disguised reverse pass from Ryan Christie playing in Odsonne Edouard. The Frenchman produced a delightful dinked finish to lift the ball into the net.

When Edouard scored another exquisite strike in Prague Celtic’s advantage didn’t last long. So it was here. You’d find more durability these days in a melted jelly. 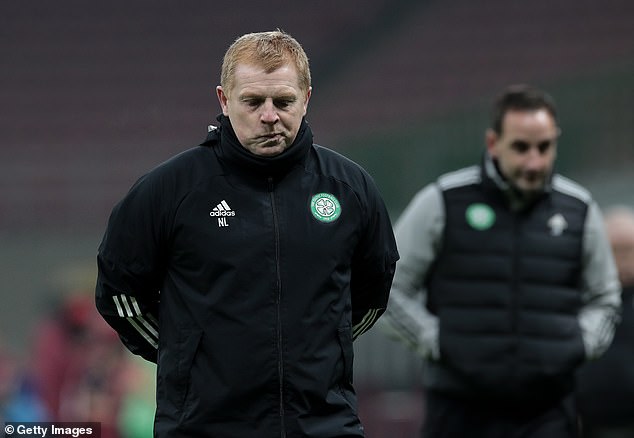 Typically the damage was largely self inflicted. The first of two Milan goals in wo minutes came from Ryan Christie giving away a rash free-kick on the edge of the area. There was never any question it was an opportunity for Milan. The free-kick struck by Hakan Calanoghlu was a decent effort, but the efforts of Vasilis Barkas to stop It were non existent. The £5million Greek’s positioning was iffy, his feet static as the ball nestled in the net for 2-1.

Within a minute AC Milan were level. There was no surprise, no hint of shock.

This is what Celtic do now. Placed under the slightest pressure they fold..

Once again the defending was abject. Jens Petter Hauge – a thorn in their side all night – had all the time in the world to ghost into the penalty box. His cutback fell to Ante Rebic. Four Celtic defenders had a chance to clear before Kris Ajer and Callum McGregor got in each other’s way and Castillejo Azuaga swept a deflected shot in off the underside of the bar.

The comfortable start really had been too good to be true. 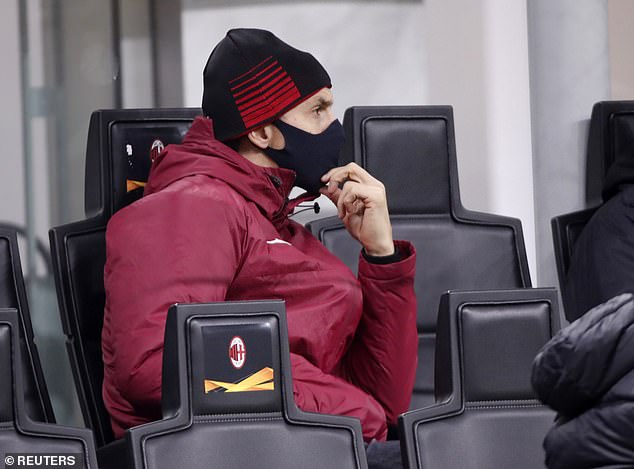 From such a comfortable start Scotland’s champions were suddenly rocking. The crisis came from nowhere. Barkas almost put his team in trouble with a poor touch from a bouncing ball minutes later and Milan had the scent of blood in their nostrils.

It came as no surprise when Hauge stroked Milan into the lead with a goal of ridiculous ease five minutes into the second half. The attacker started on the left touchline and drifted past three or four players with unimpeded grace before stroking a measured finished low into the bottom corner of the net. Signed for four million euros the Norwegian was outstanding.

In an attacking sense Celtic almost rallied. Jeremie Frimpong Cut inside and dragged a left foot shot wide of the near post. With 17 minutes to play Ryan Chrsite sent a curling 25 yard free kick heading for the top corner. Donnarumma somehow managed to throw his giant frame at the top corner of the goal and saved superbly. It was the big matchwinning save Celtic needed from Barkas when the score was still 2-0.

For Celtic the night ended in the same old story. In weak, timid, cowardly defending.

Brilliant as he was Hauge had carte blanche to cut in from the left eight minites from time to to beat Hatem Elhamed with embarassing ease before dinking a deft pass through for Brahim Diaz to dink a deft finish past the hapless Barkas for 4-2.

The third time they had shipped four goals in five group games Celtic now need to score five to have any chance of winning a game. At the San Siro? Not likely.